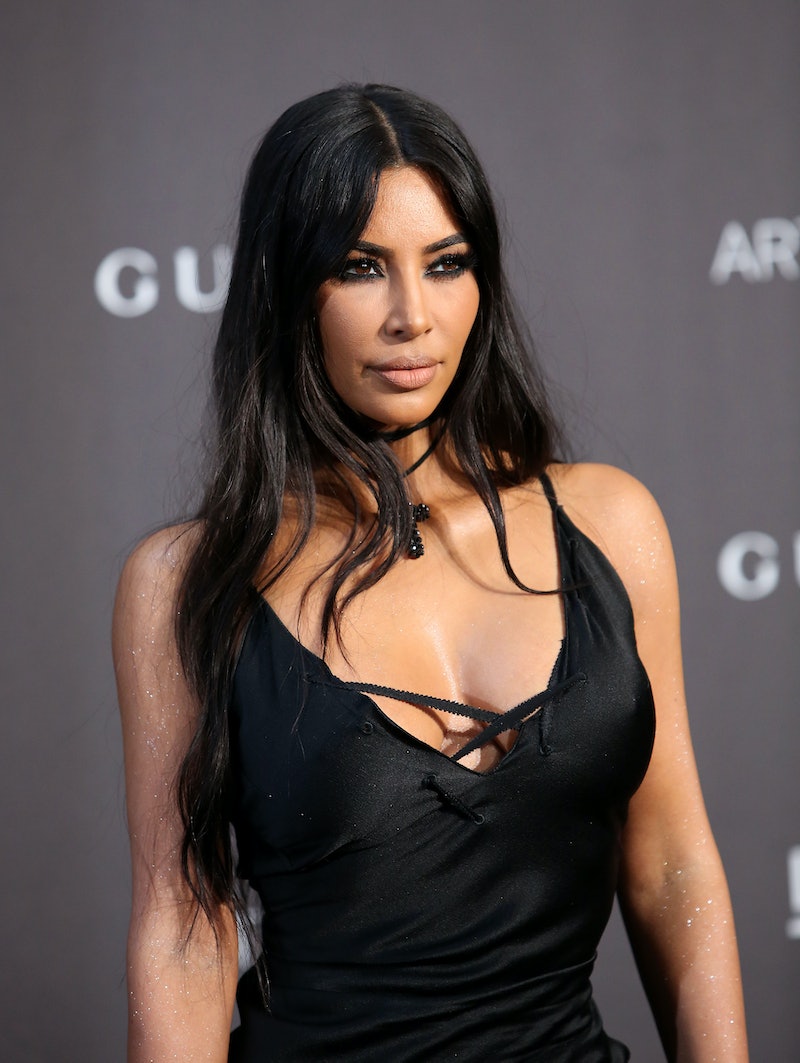 You can always count on Kim Kardashian to post the absolute cutest videos and photos featuring her youngsters. Most recently, on May 15, Kim Kardashian posted a video of Saint West that is not only next-level adorable, but it might also be a clue to her fourth baby's name.

In the brief clip, which was originally posted on Kardashian's Instagram Story, Saint could be seen having a bit of fun with a mask of his uncle, Rob Kardashian. The tot tried to fool his mom into thinking that he was Rob before removing the mask of his uncle's face and breaking into a fit of giggles. In addition to the video being all kinds of adorable, Saint's little masquerade moment could be a sign that Kardashian's fourth child's name is actually Rob.

Now, it should be noted that this is merely a theory, as neither Kardashian nor Kanye West have opened up about their newborn's moniker just yet. But, it's possible that Saint is all about his ode to uncle Rob because he's excited that his younger brother was named after their family member. Seeing as though the Keeping Up With the Kardashians star has, in the past, considered naming her son, Rob, it's definitely a possibility that her latest Instagram Story clip offers up a baby name clue.

Back in early April, Kardashian, along with her sisters Khloé and Kourtney Kardashian, appeared on Jimmy Kimmel Live, where the conversation naturally turned to her fourth child (who wouldn't arrive into the world until May 10) and what she was thinking about naming him. During the program, the KKW Beauty mogul revealed that Rob was high on her list, which is not only the name of her brother, but was her father's name as well. She said:

"Actually, I do have one name. I was truthfully thinking about just naming him Rob, after my brother, Rob, but then it's like, North, Saint, Chicago, Rob. It doesn't like, really go. But I really was feeling that, or, like, Robert. And my brother approved it, so that's like, our one 'kind of' name."

Additionally, in an April episode of KUWTK, Kardashian paid a visit to a psychic while on the family's trip to Bali and the conversation took an interesting and extraordinary turn, according to Us Weekly. “He told me I’m going to have another son," the reality star revealed, "It’s going to be my dad reincarnated.” Not only is that a wild prediction (since the reading took place before Kardashian publicly announced that she was set to welcome another child via surrogate, per The Cut), but it's just another sign that points to Kimye potentially naming their fourth baby Rob. Since, after all, it would kind of be destiny.

So, given all of this Rob-related naming background, there's certainly a chance that Saint's masquerade turn as his uncle could be a clue to Baby West's name. On the other hand, it could be that Saint simply loves to have some fun with a family-approved mask. Regardless, fans will have to stay tuned to Kardashian's social media to find out for sure.