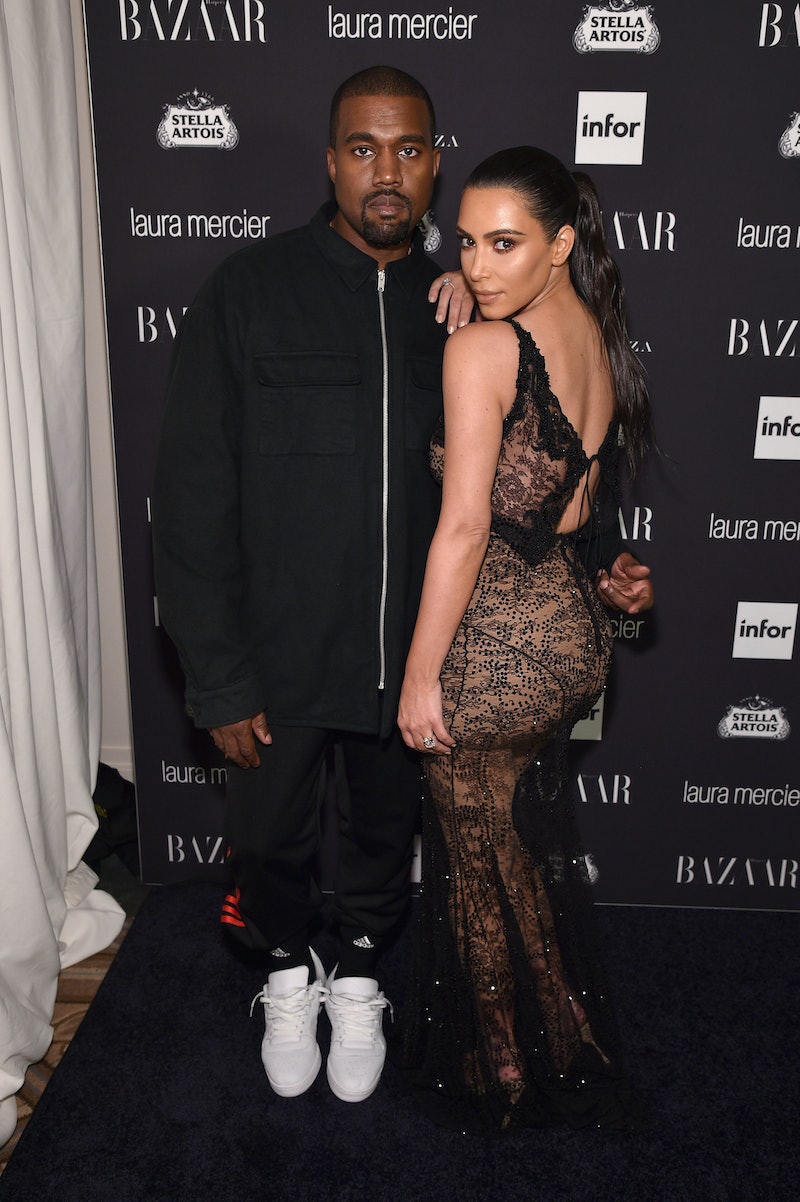 Kim Kardashian has a lot on her plate these days. She's a businesswoman, mom, wife, reality star, and an aspiring lawyer. With all of that going on, it's a good thing that she has support from her husband. On May 6, Kardashian shared a sweet message from Kanye West, proving that he really is her number-one fan.

Kardashian tweeted the words "Morning Texts," along with a screenshot of a message that her husband sent. West wrote:

"This is your life. Married with four kids. Get people out of jail. Cover of Vogue. Go to church every day with your family. Dreams do come true."

Did the rapper just raise the bar for "good morning" text messages? Pretty much. Kardashian is constantly making headlines because there's so much news to keep up with, but West's simple summary really does say a lot. Plus, that list doesn't even cover it all.

Aside from listing Kardashian's accomplishments, the message says something else that's way more important. It indicates that he's very supportive of his wife and proud of all the work she's been doing.

For anyone wondering, though, Kardashian is not actually a mom-of-four yet. She almost is, which is why it makes sense for West to describe her as one. However, Kardashian cleared the air with a follow-up tweet after she shared that screenshot. She wrote,

"Wait just saw news our baby boy came but that’s not true! It’s Met Monday, I’m in NYC. I would be at the hospital lol"

And in case anyone is still confused. Kardashian and West are expecting their fourth child via surrogate sometime this month.

This isn't the first time that West recently gushed over Kardashian's career goals. During the Sunday, May 5 episode of Keeping Up With the Kardashians, he was there for a pep talk when Kardashian questioned her ability to study law while fulfilling her other responsibilities.

After the reality star expressed concerns, he told her, "I think you can get in control of your schedule. You've just got to sit back and analyze like, what are your distractions?" Then West said,

In addition to imparting some wisdom about time management and priorities, West pointed out that she's in a great position to achieve her latest goal. Kardashian is on track to pass the bar exam even though she doesn't have a college degree, all with help from some renowned lawyers. He shared,

"You know what's fire about that and why we're so blessed? To be able to get the mentors. That means the universe really wants us to have them. It's beautiful. It's like your dad."

West was referencing her late father Robert Kardashian's career as a prominent attorney himself.

Aside from an early exposure to law, Kardashian can credit something else for any of her success: her confidence. Believing that she could take on all these different projects is the first step. In an April interview for Vogue's 73 Questions segment, Kardashian revealed that her husband is the one who helped boost her self-esteem. She shared, "Kanye has taught me major confidence."

At this point, Kardashian has proven that she can do almost anything she sets her mind to. She is a hard-worker, who's smarter than some haters would ever admit. Hopefully she knows all of this about herself, but on those days when it's tough to be positive, one thing will remain true: West is Kardashian's most supportive fan.