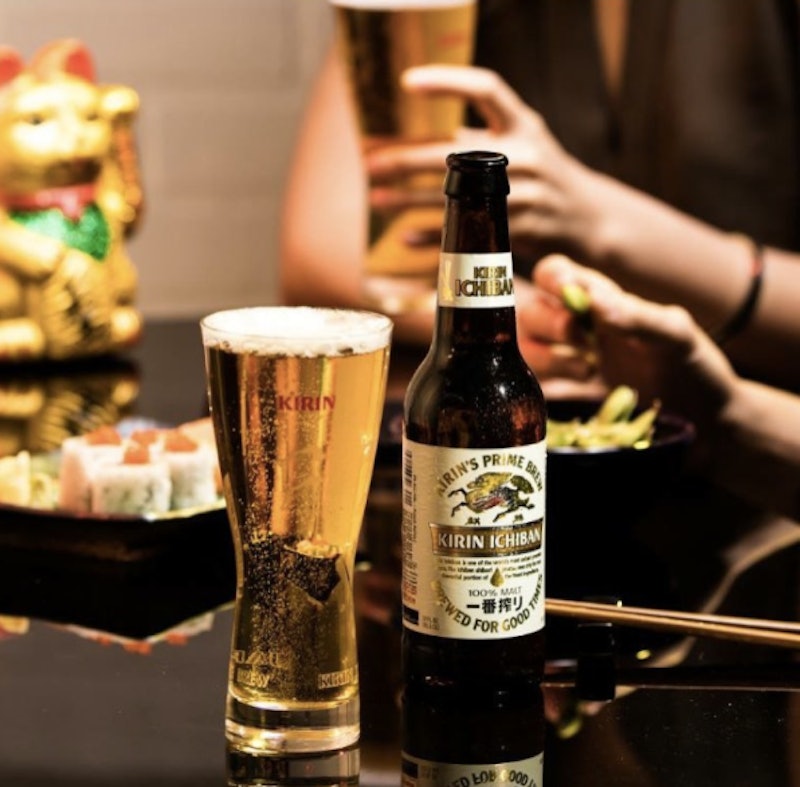 Heartening news today: Japanese beverage company Kirin has updated its guidelines to be more LGBTQ-inclusive. As of July 1, the company will now offer the same benefits to same-sex couples as it does to heterosexual married couples, as well as enact measures aimed specifically at preventing discrimination based on orientation and gender identity. It’s not the first company in Japan to do so, but especially in a country known for its conservative views, the fact that Kirin has added its support to the LGBTQ community matters. It all matters — because even though change is slow to occur, it’s proof that it is occurring. There’s still a long way to go, though, so this is only one small part of the bigger fight for LGBTQ rights in Japan.

The press release about the updated guidelines seems to be available only in Japanese; you can run it through Google Translate’s “translate document” option, although you’re likely to find — like I did — that the translation is… uh… not super helpful. (Translation technology can do many things, but it also still has a long way to go.) Luckily, though, Arama Japan has a pretty thorough breakdown of what benefits will now be available to same-sex couples: Company housing, condolence leave, and some insurance plans are included. Additionally, employees will be able to use medical leave for things like hormone therapy and gender confirmation surgery, which wasn’t previously an option. Furthermore, Kirin will host in-house workshops on diversity and LGBTQ awareness and inclusion.

Kirin is probably best known for its beer — Kirin Lager, which has been produced since 1888, is one of Japan’s oldest brands — but the company also produces a wide array of soft drinks and other beverages. With a workforce of 20,000 employees within Japan, according to Mashable, they’re a major employer, and these updated guidelines will likely have some far-reaching, positive results. A number of other global companies based in Japan have also updated their guidelines in recent years to provide benefits and protections to LGBTQ employees, including Panasonic and Sony — and the fact that the movement to do so is growing reflects the change currently at work in societal views about marriage equality in particular and LGBTQ rights in general.

But it’s true that guidelines and partnership certificates are not enough. They grant some rights, but not all rights — and until the same rights are extended to all people, regardless of orientation or identity, it will never be enough. And although the fight for marriage equality is making headway, much work still needs to be done for LGBTQ rights as a whole: There are, for example, currently no legal protections against discrimination for LGBTQ people in Japan in areas such as employment and housing. Equaldex notes that “the Japanese Constitution promises equal rights to all and this iswidely interpreted as extending to LGBT citizens”; however, the UN Human Rights Committee has expressed concern that without explicit protections in place, discrimination may still occur. For example, the Human Rights Committee noted according to Equaldex that “municipalities decide who can rent public houses under the amended Public Housing Law and few municipal policies allow same-sex couples to qualify. Thus, in practice same-sex couples remain excluded from public housing.”

Kirin’s guidelines, and Sony’s, and Panasonic’s, and ward-based partnership certificates are a start. There’s still a long way to go for LGBTQ rights in Japan, though — and the rest of the world. So now isn’t the time to pat each other on the back and call it a day; it’s a time to say, “Yes, we accomplished this — now what else can we do? Let’s do that next.” And let’s do it together.