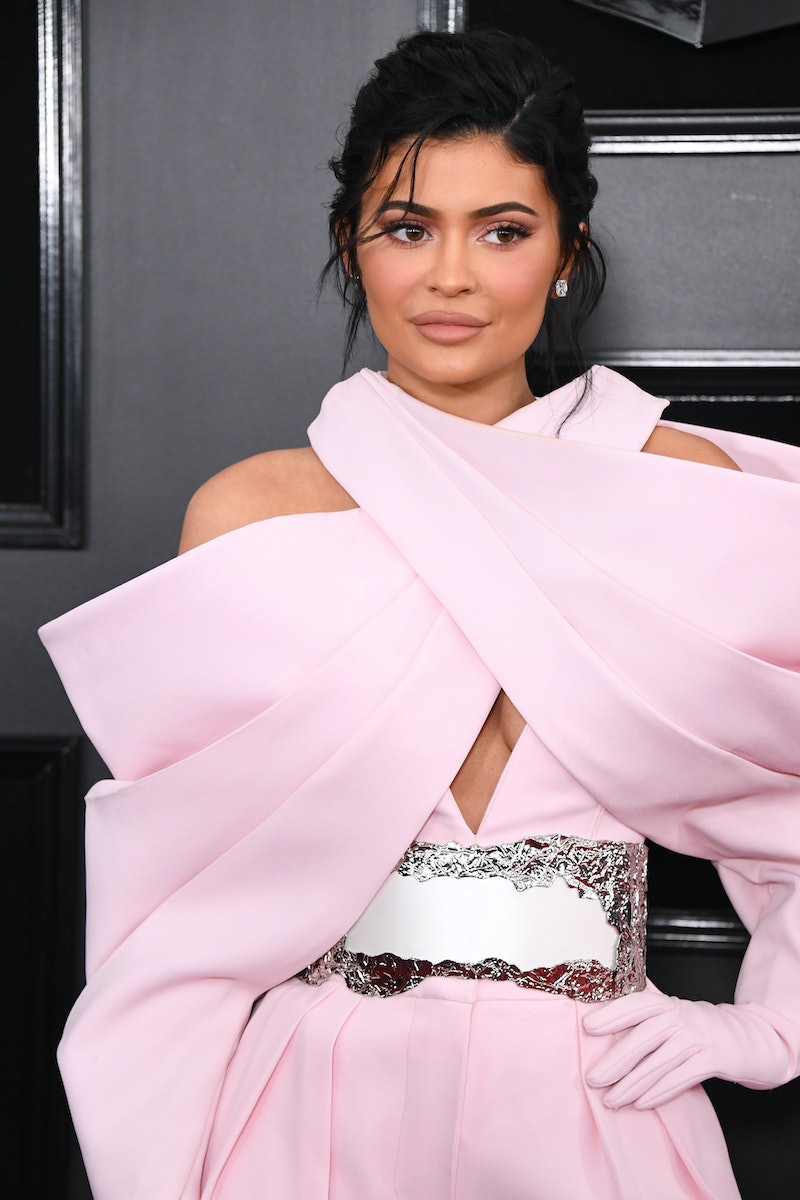 Any fan of Kylie Jenner's knows that she's loving her role as a mom to baby Stormi. Since she's taken to motherhood so well, could the reality star add another bundle of joy to her family? According to Cosmopolitan, Kylie Jenner reportedly plans to have another baby and, apparently, is open to having another child incredibly soon.

In a report from E! News, published on May 2, a source revealed that Jenner would love to give Stormi a sibling as soon as next year. "Kylie talks about having another baby very frequently," the source claimed to the publication, "She would love to have another baby with Travis and would love to be pregnant by next year. She talks about it all the time and feels like she was truly meant to be a mother." So, by this time next year, there's a good chance that fans could be trying to make sense of any pregnancy clues once more.

This report shouldn't come as too much of a surprise to any of Jenner's fans, particularly after her recent birthday post for her boyfriend and Stormi's father, Travis Scott. In honor of the rapper's birthday on April 30, the Life of Kylie star posted a collage of cute family photos and wrote:

"watching you evolve into the partner, friend, son, and father you are today has been so fulfilling ♥️ my real life bestie & hubby all wrapped into one. i love you and I’m so so proud of you. happy happy birthday 🎉🎁 let’s f*ck around and have another baby. 🤪"

Given that lighthearted mention of having another baby, it certainly sounds like Jenner and Scott could be thinking about adding to their family.

While it seems like Jenner has a case of baby fever, she did recently open up about the topic of having more children when she spoke with Interview Germany in March. In the interview, she said that she wants more kinds but that she wasn't planning on having another baby anytime soon. She said, "I do want more kids but I do not have any plans in the near future to have children right now."

Elsewhere in the interview, the Keeping Up With the Kardashians star said that she "always wanted to be a young mother" and that she's really taken to being a mom to baby Stormi, who was born in February 2018. She told the publication:

"I remember people used to ask, 'Are you ready for this?' And I always knew I was ready but you don't know what that love and that feeling is like until after you have a child. She really comes before me so that is a lot to take in at a young age but I feel like I was definitely made for this and she has changed my life for the better."

Jenner has clearly taken to motherhood, as all of her adorable posts with her daughter showcase. So, it shouldn't come as too much of a surprise to hear that the reality star may be ready to become a mother-of-two sometime incredibly soon.

More like this
Kylie Jenner Goes Into Labor & Welcomes Her Baby On 'The Kardashians'
By Jake Viswanath
Who Is Nick Cannon Dating & How Many Kids Does He Have?
By Jordyn Tilchen and Radhika Menon
Hailey Bieber Just Responded To *That* Viral Met Gala Moment
By Radhika Menon and Sam Ramsden
Dixie D’Amelio & Noah Beck “Love Each Other” Despite Breakup Rumors
By Julia Emmanuele, Jordyn Tilchen and Grace Wehniainen
Get Even More From Bustle — Sign Up For The Newsletter