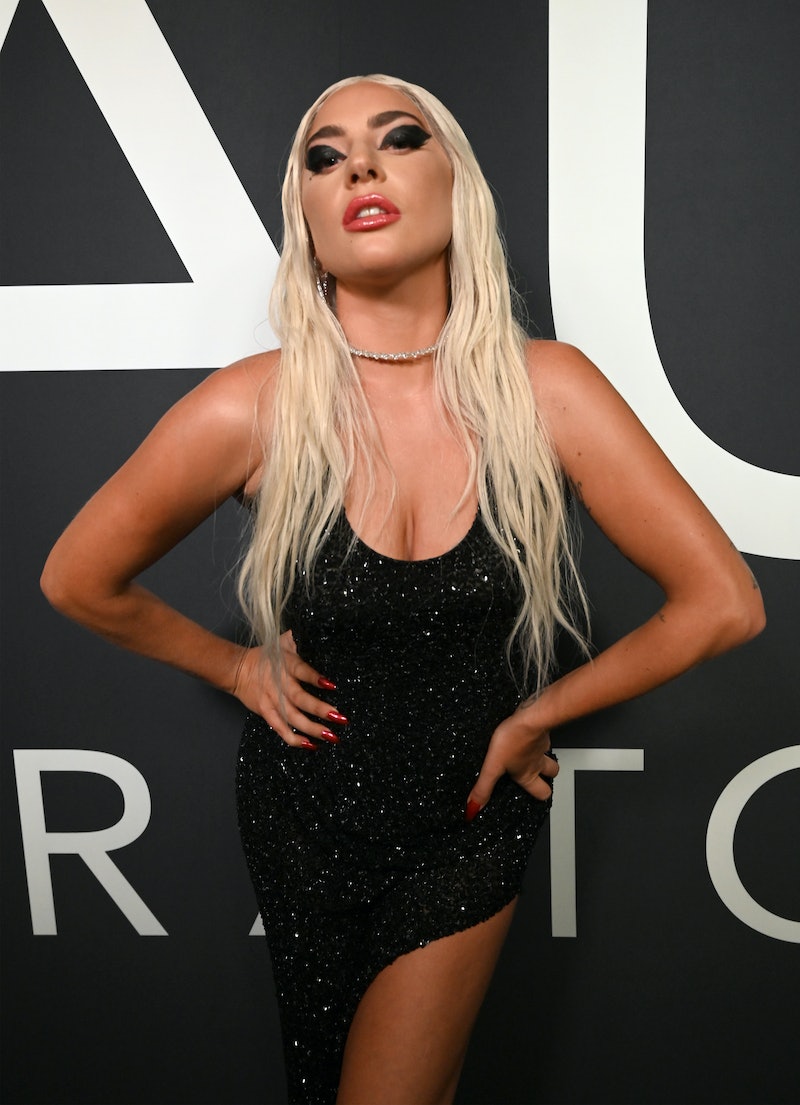 Little Monsters might be about to change their fanbase name to Stupid Lovers, if their idol's latest move is any inspiration. On Tuesday, Feb. 25, Lady Gaga announced her new single "Stupid Love" and teased her highly anticipated new album, set to be released in 2020. But before we get LG6, "Stupid Love" will hit the airwaves at midnight on Friday, Feb. 28.

To announce the news, Gaga posted a photo of a neon pink, '90s-inspired billboard in Los Angeles on Twitter and Instagram, along with the hashtag #LG6, which is what fans have coined her long-awaited new album. The billboard features some new images, seemingly from the upcoming music video. However, the most prominent image is a close-up of her neon pink lips, which is not a huge surprise given the launch of her make-up brand Haus Laboratories. Perhaps fans can expect a cosmetic tie-in with her new music?

"Stupid Love" first made headlines in January 2020 when a reported version of the song leaked on the Internet. At the time, fans weren't sure if the song was her upcoming single, just a track from her new album, or an unreleased cut from back in the day, but they were buzzing about the song anyway. Gaga responded to the leak on Twitter, telling followers "can ya'll stop?," posting stock images of a little kid in a ski mask listening to music on headphones.

Now that Gaga has confirmed "Stupid Love" as her new single, she seems to have dropped another album tease for fans to obsess over. Thanks to Gaga's new post, fans are now suspecting that her upcoming album will be titled Chromatica. Upon further inspection of the billboard, the word appears twice — on the right, in bold pink font, and on the bottom left, underneath the Interscope Records copyright logo. This seems like a surefire hint, but Gaga has yet to confirm the speculation.

"Stupid Love" will be the Gaga's first release of new music since her role in A Star Is Born. The film's breakout single "Shallow" earned her multiple Grammys and her first Oscar win. Outside of the film, this marks her first new single since 2017's "The Cure," which she debuted live at her Coachella headlining set.

More like this
Everything You Need To Know About ‘Black Panther: Wakanda Forever’
By Bustle Editors
The Spice Girls Just Dropped A Brand New Music Video
By Sam Ramsden
Everything To Know About Taylor Swift’s 10th Studio Album, 'Midnights'
By Grace Wehniainen and Jake Viswanath
Mariah Carey Is Releasing Her “Lost” '90s Grunge Album
By El Hunt
Get Even More From Bustle — Sign Up For The Newsletter