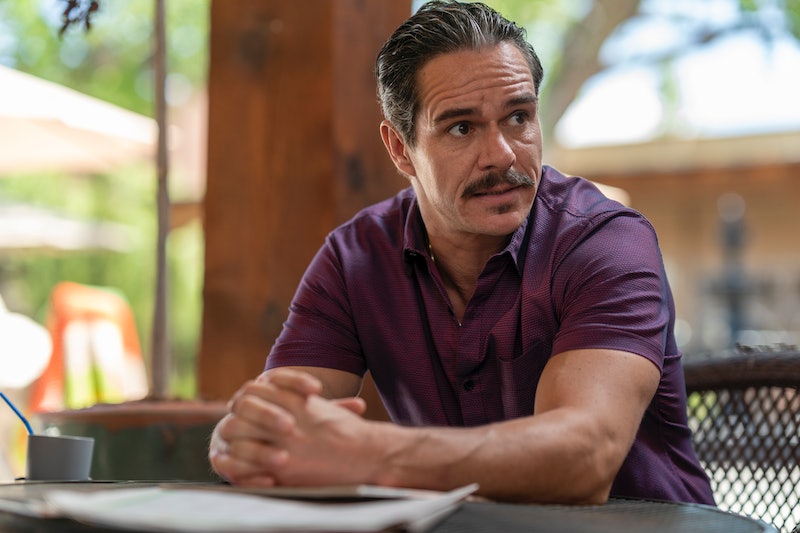 The characters of Nacho and Lalo were only briefly mentioned in Breaking Bad by a panicked Saul after Jesse Pinkman and Walter White had abducted him and he mistook them for members of the drug cartel sent by Lalo. Saul blamed everything on Nacho, telling them, "It wasn't me, it was Ignacio! He's the one!" before adding in Spanish that he was always a friend to the cartel. Despite still being held hostage by strangers in the desert, Saul was filled with immense relief when he learned that his abductors weren't sent by Lalo.

Since then, Lalo has loomed over the entire Breaking Bad universe as a missing piece in the Saul Goodman puzzle. Now, fans will finally learn why Saul thought the Salamanca cousin wanted him dead in Breaking Bad is going to play out.

Nacho is probably calling upon Saul to defend Domingo, aka Krazy-8. In Breaking Bad, Krazy-8 was an informant for Hank and Gomez before Walt killed him. Showrunner Peter Gould previously announced Dean Norris and Steven Michael Quezada will reprise their dearly-departed DEA agent characters in episodes three and four of Better Call Saul Season 5, so Krazy-8 could begin working with them as soon as the next episode. But Saul's betrayal of Lalo may have less to do with that and more to do with Nacho secretly working for Gus Fring.

Lalo actor Tony Dalton said in an AMC interview that "Saul is absolutely terrified of Lalo" in that Breaking Bad scene. That means Saul is acutely aware of how erratic and dangerous Lalo is and Saul has knowingly done something that will really enrage him. Since Nacho is his connection to Lalo, Saul most likely will land smack dab in the middle of Gus' war against the Salamancas. Considering that Saul connected Walt to Gus just three episodes after the initial Lalo reference, maybe there will be events in Better Call Saul that will explain why Saul would choose to be loyal to the Chicken Man over the Salamancas.

Besides Saul's mention of them, the fates of Nacho and Lalo were not specified in Breaking Bad. Based on Gus claiming that Hector is the last surviving Salamanca family member in the Breaking Bad Season 4 episode, "Crawl Space," Lalo presumably died somewhere between Saul referencing him in "Better Call Saul" and then. Nacho also doesn't seem to be long for this world, but there's a chance that he makes it out alive through another Breaking Bad connection.

Robert Forester's "Disappearer" returned in the Better Call Saul Season 5 premiere in Saul's future and maybe Saul knows of Ed Galbraith's Best Quality Vacuum because of Nacho. The lieutenant of the Salamanca crime organization has been placed in an impossible situation by Gus. He is looking to run away but has stuck around to ensure the safety of his father. If Lalo was responsible for getting Nacho's father killed, Nacho could have used Saul to do one final act of revenge against the Salamancas before disappearing.

Lalo inevitably will find out that Nacho is working for Gus. But it might take the Better Call Saul timeline crossing over into the Breaking Bad storyline for that revelation to occur. Until then, Saul may come to learn Nacho's pain firsthand with the mighty dangerous new client of Lalo Salamanca.

More like this
24 Years Ago, 'Friends' Dropped Its Most Underrated Ross & Rachel Episode
By Grace Wehniainen
If 'Entergalactic' Season 2 Happens, You Could Get A New Kid Cudi Album
By Kadin Burnett
Jeffrey Dahmer’s Arresting Officer John Balcerzak Got His Job Back After Being Fired
By Grace Wehniainen
Here’s Where You Can Stream 'Schitt's Creek' After The Comedy Leaves Netflix
By Brad Witter
Get Even More From Bustle — Sign Up For The Newsletter