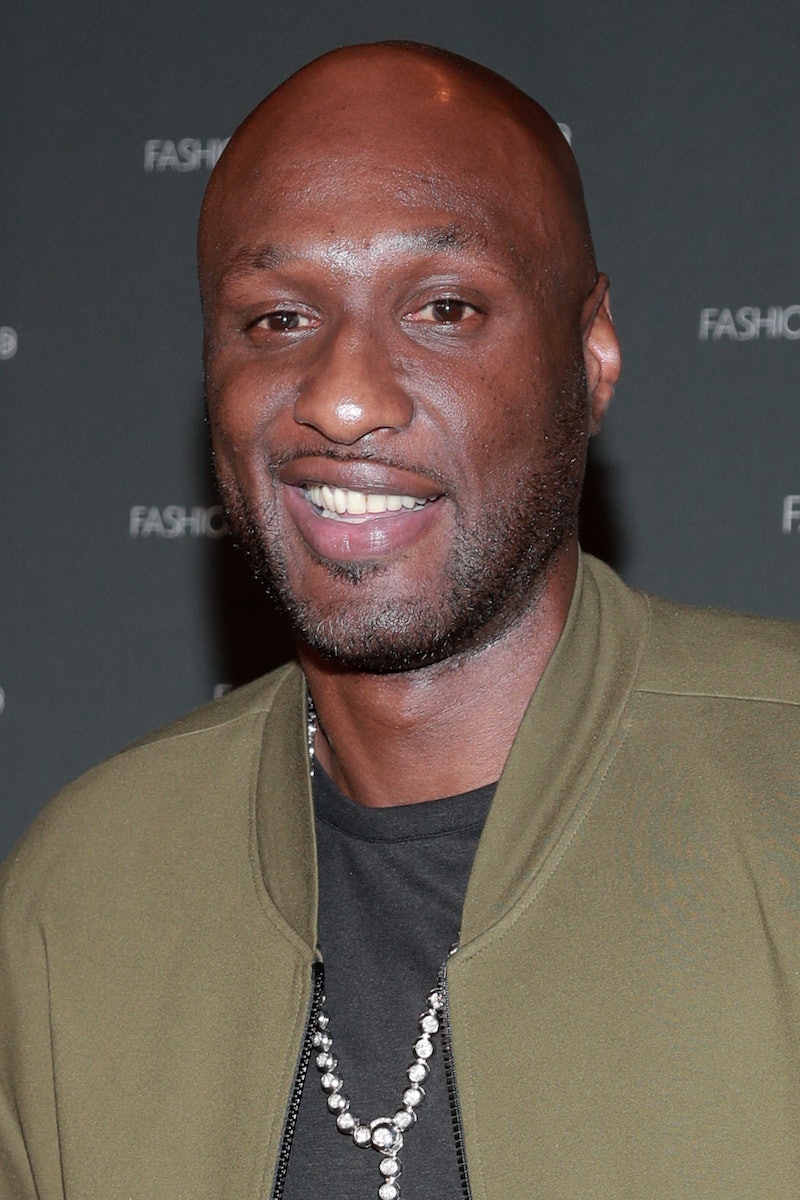 Retired NBA player and former reality TV star Lamar Odom has been very open about his past struggles while promoting his new book Darkness to Light. In an interview featured on Good Morning America's May 28 episode, Odom said he owes an apology to Khloé Kardashian and her family after everything they've been through together.

Odom confessed, "I am thinking about it now and I couldn't believe how I was treating that queen." Good Morning America host Juju Chang asked the former Los Angeles Lakers player, "Have you ever apologized to her?" Surprisingly, he admitted, "I don't think I have," even though he's been mentioning her name a lot these days during the press tour for his book.

Chang followed up to ask, "Do you feel like you owe her an apology?" Odom responded, "Yeah, her and her family. An apology. Big time." He didn't mention any specific grievances that the family may have against him, but Kardashian and her family stood by his side after his near-fatal overdose in 2015, although they were no longer a couple during that time period.

During the GMA interview, Odom reflected,

"She like took care of me. I had everything I ever wanted and needed, so it was like a kid being kicked out of his house."

The former Khloé & Lamar star shared some excerpts about his ex-wife from his book with People in mid-May. He reflected on his overdose and the help that Kardashian provided during that traumatic time period. He said, "I was surprised on how quick she was to show her devotion to me." Subsequently, Odom said,

"Her love for me must have been unconditional. That’s the only thing [I think] that gave her the strength to still love me at that time."

In Darkness to Light (per People), Odom wrote, "I wish I could have been more of a man." He also said, "It still bothers me to this day. But regret is something we have to learn to live with." Eventually, he got into some specific regrets. Odom wrote, "At the start of our marriage I was faithful to her." He also admitted to a cocaine addiction.

Nowadays, the former basketball player insists that he's drug-free, including in his GMA interview. He was very candid in the book excerpt when he shared, "I could not handle the lethal cocktail of the spotlight, addiction, a diminishing career and infidelity."

Even though he admitted that he hasn't actually apologized to Kardashian herself, Odom told People, "I hope we can be friends." A personal apology would be a good start toward fulfilling that goal. He also said that he misses the Kardashian-Jenner family and hopes to be "reacquainted one day."

While Odom has been through a lot of tough times, it sounds like he has really turned a corner. He seems like he's in a much better place these days, and he's taking responsibility for mistakes he made in the past.

Now, there's just one question on everyone's minds: Will Odom actually apologize to Kardashian in a one-on-one conversation? He's talked about her enough while promoting her book. He might as well talk to her at some point in the near future. And maybe, just maybe, that will happen during a Keeping Up With The Kardashians episode — there are plenty of fans who would want to see that go down.