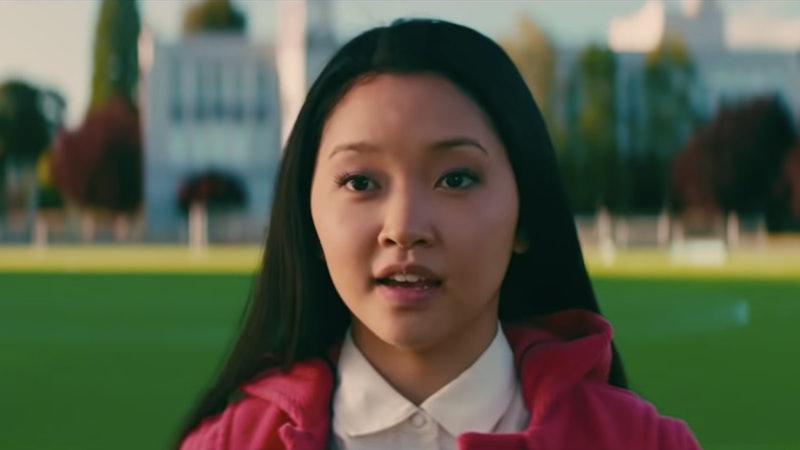 To All the Boys I’ve Loved Before star Lana Condor is over the Team Peter versus Team John Ambrose discourse. In a conversation with comedian Ali Wong for Interview magazine published on Friday, Condor discussed the sequel to her hit rom-com, To All the Boys: P.S. I Still Love You, now available on Netflix, and suggested that the “Team Peter or John?” narrative largely misses the point of the franchise.

“Recently I’ve been getting the whole Team Peter, Team John thing, which are the two male characters in our movie, which I don’t love,” Condor told Wong. “I’m kind of sitting there in the middle of them being like, one, stop asking me, and two, I think you’re kind of forgetting, in the movie, you’re in Lara Jean’s brain. You have an Asian-American lead, and everyone is celebrating this diversity in the movie, and yet when journalists ask you about the movie, it has nothing to do with that.”

She continued, “When you’re talking about female-led movies, all they want to do is ask about the love interest… Don’t get me wrong, I think the boys are awesome, but you’re forgetting that there are so many women in our movie that no one even talks about.”

Citing Lara Jean’s sisters and friends and paralleling the narrative to Twilight’s Edward versus Jacob, Condor added, “I know that we’re trying to create that narrative, but it bums me out when people only want to talk about the guys in the movie.” While she knew that the discourse “came with the territory,” Condor said, “it kind of got to the point where I’m like… It will be female journalists looking me dead in the eyes and not ever asking about what it’s like for Lara Jean to grow up in high school, trying to find her voice as a young woman. No one’s asking that.”

To All the Boys author Jenny Han echoed similar sentiments in an interview with BuzzFeed News’ AM to DM in early February. Dubbing herself as Team Everybody, Han called for more Asian representation on the screen post-Lara Jean. “I just hope that it can usher in just more, and different, kinds of Asian representation, like South Asian, and all kinds of stories,” Han said. “I would like to see other people be able to tell their stories and just kind of widen the door."

More like this
These 25 International Horror Movies On Netflix Prove Fear Is A Universal Language
By Bustle Editors
Here’s Everything Coming To & Leaving Netflix In October
By Jake Viswanath
12 ’90s Movie References You Missed In 'Do Revenge'
By Radhika Menon
What’s New On Netflix: Ana De Armas’ 'Blonde' & A Nick Kroll Special
By Arya Roshanian
Get Even More From Bustle — Sign Up For The Newsletter