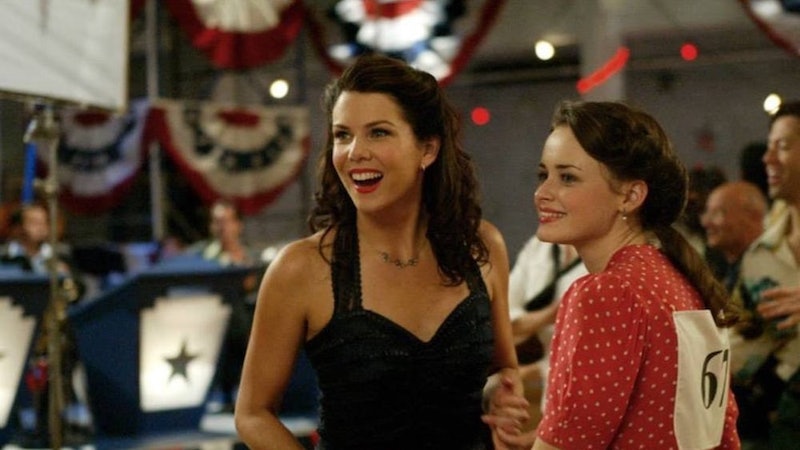 Somebody get Miss Patty on the phone: Lauren Graham is up for a Gilmore Girls musical. On the Kelly Clarkson Show on Thursday, Graham said a musical adaptation of the beloved mother-daughter dramedy would be “a good idea.” In their interview that cited the fictional Gilmore Girls musical referenced in the Apple TV+ series The Morning Show, Graham and Clarkson both agreed that the 2000 WB series has many elements fit for Broadway.

“I always felt that that language and that kind of pace and the tone of the show is very theatrical,” Graham said of Gilmore Girls. “So, I think it’s kind of a good idea… [Creator Amy Sherman-Palladino] loves dance and there’s so much dance always in the show.” She added, “But again, as I told you, if you ask me to sing, I’ll just show up. So, we can, you know, actually put it on Broadway or in your garage, it doesn’t matter. I’ll do it.”

The fictitious Gilmore Girls musical first entered the pop culture zeitgeist in the pilot episode of The Morning Show, a satirical drama that examines the fast-paced world of morning television and stars Jennifer Aniston, Reese Witherspoon, and Steve Carell. In the episode, two reporters are assigned to cover the imagined musical.

At a Paley Center screening last November, The Morning Show showrunner Kerry Ehrin addressed the faux musical that took the Gilmore Girls Twitterverse by storm. "I don't know where stuff comes from when you're writing, but it just came in my head and it felt close enough to something that might actually exist and that I would probably go see,” she told E! News. “But it also had a little bit, just a touch of silliness to it. So you could not take it too seriously and it could work in the scene."

While Graham would be on board for a musical, the same can’t be said for Sherman-Palladino. In an interview with TVGuide in December 2019, the Gilmore Girls creator reacted to the musical subplot and said of The Morning Show, “[I’m] not going to see it. The [musical plot] doesn’t smell good. It smells really bad, so we’re going to stay far away from that until we get a really good therapist.”

For now, Gilmore Girls fans will just have to tide their musical yearnings over with Taylor Doose’s production of Stars Hollow: The Musical from the series’ Netflix revival, Gilmore Girls: A Year in the Life.

More like this
Netflix Reveals First Look At Wednesday In The 'Addams Family' Spinoff Series
By Bustle Editors
Everything To Know About Taylor Swift’s 10th Studio Album, 'Midnights'
By Grace Wehniainen and Jake Viswanath
Is Dua Lipa Dating Trevor Noah? New Photos Show Them Kissing & Hugging
By Brian Anthony Hernandez and Martha Sorren
Twitter Is Freaking Out Over Rihanna’s 2023 Super Bowl Halftime Show Announcement
By Stephanie Topacio Long
Get Even More From Bustle — Sign Up For The Newsletter