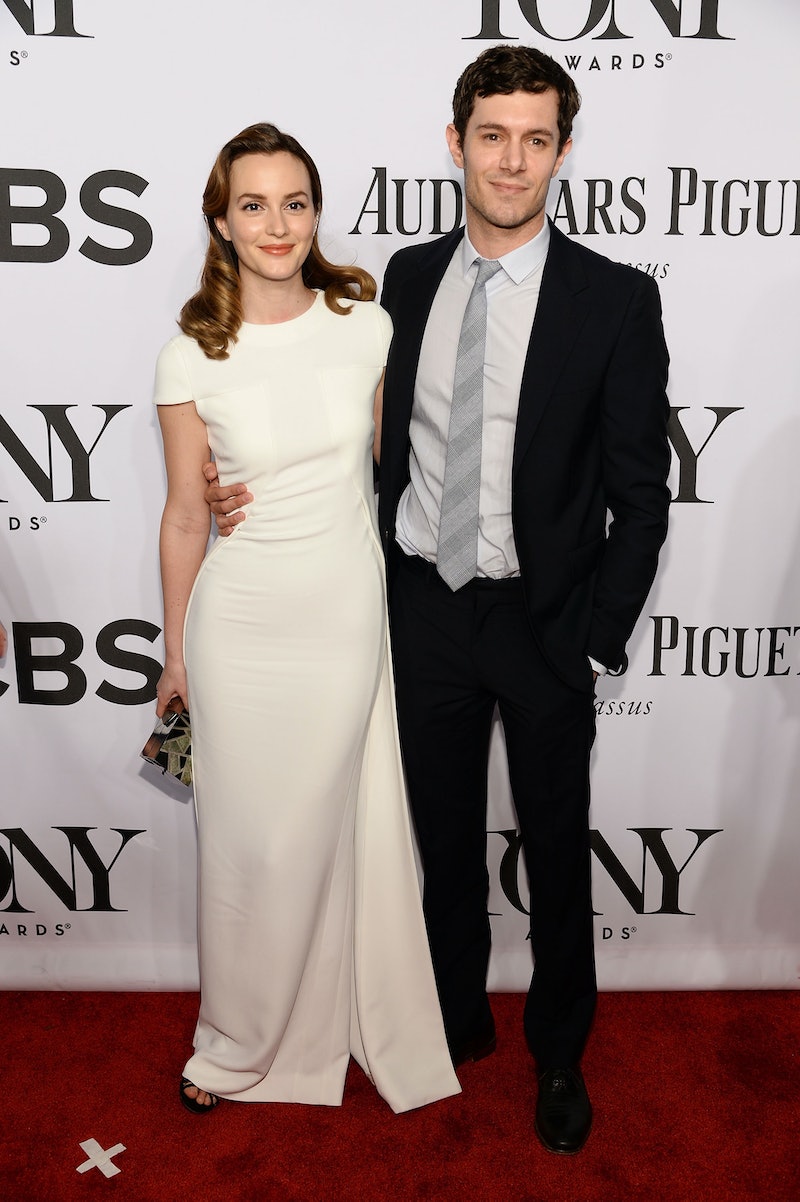 This couple normally stays pretty private, but that just means that when Leighton Meeser and Adam Brody do open up about their marriage, they really make it count. In an interview with The Hollywood Reporter, Meester called Brody her best friend, and not only did she have really sweet compliments to share about her husband, but it also sounds like they make a really great team.

Of course, the fact that Meester and Brody are married at all is still a pretty big deal to anyone who understands how iconic their TV characters from Gossip Girl and The OC really were, and now, they're working together on Meester's show. While talking to THR, Meester opened up about what it was like to work with Brody on Single Parents' season finale, where he'll be guest starring as her character's ex-boyfriend.

“It’s a wonderful, great, lovely thing. He’s my best friend. I wanna work with him on everything, and I think he’s the best in everything. Having him come onto set, I had been there for 8 months and had been there every day. . . He's really good. I was not at all, like, worried if he would completely do amazing at that part.”

It has to be pretty cool to share a set with your husband, especially if it's not something you get to do often. Sadly, Meester and Brody were not together during their teen TV days, so we never got the Gossip Girl/OC crossover the world deserved, and seeing Seth and Blair interact on screen would have been pretty amazing back in the day. But it's awesome to hear that they got the chance to work together on Single Parents, and it sounds like it was a great experience for them both — and it will be fun to see this husband and wife duo interact on the show when the episode airs.

Although Brody and Meester work in the same industry, they do work on different projects, but that seems to bring them closer together. In an interview with Entertainment Tonight last August, Meester said that although work can be stressful and takes her away from her family, including their daughter, Arlo (especially when super long hours are involved), her and Brody both being actors helped them relate to each other.

"I think we're a pretty modern couple," she said at the time. "I think we sort of toggle back and forth... we both work, but also being actors, I think we understand each other, what we're both going through."

And now that Brody's had the chance to meet her new TV family and see what her day at work is like, maybe they'll feel even closer.

Brody and Meester might not share much about their life together publicly, but it sounds like they have a pretty good thing going. Maybe his Single Parents gig will lead to more opportunities to see the two of them on screen at the same time? Fans can only hope.

More like this
Sarah Jessica Parker “Doesn't Remember” What 'Hocus Pocus' Is About In Resurfaced Clip
By Emily Mae Czachor and Radhika Menon
Kourtney Kardashian Says She “Loves” The Changes To Her Body Caused By IVF
By Jake Viswanath
Kim Kardashian Reveals Her Response To Kanye’s Fashion Opinions
By Jake Viswanath
Everything To Know About Taylor Swift’s 10th Studio Album, 'Midnights'
By Grace Wehniainen and Jake Viswanath
Get Even More From Bustle — Sign Up For The Newsletter