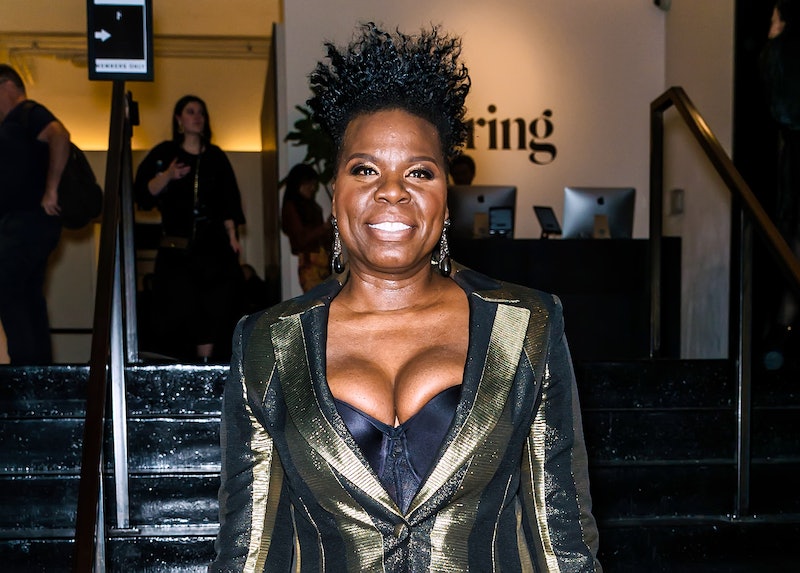 Like Issa Rae, at least one former SNL cast member is rooting for everybody black this awards season — but the Academy hasn't given her many options. So when it came time to cast her own ballot, Leslie Jones' only Oscars vote was for Cynthia Erivo, the comedian revealed in a Friday, Feb. 7 Instagram post. "Welp I just finished voting for the Oscars," Jones wrote on social media. "It didn't take long cause there are no black people on it. So I voted for @cynthiaerivo and abstained from the rest of the voting. #moreblackpeopleplease."

Indeed, this year's number of black Oscar nominees hit a three-year low, according to Variety. The publication noted that only five black people received nods from the Academy in 2020. They include: Harriet's Erivo (Best Actress and Best Original Song for "Stand Up"); composer Joshuah Brian Campbell, who co-wrote "Stand Up"; director Ladj Ly (Best International Feature); and Hair Love's Matthew A. Cherry and Karen Rupert Toliver (Best Animated Short).

In a follow-up post, Jones clarified that, in addition to Erivo, she also voted for Cherry's Hair Love. "I didn’t think I needed to say that!" she added in a caption. (Jones disabled comments on both of the aforementioned Instagram posts.) Indeed, the former NFL wide receiver's Kickstarter-funded animated short about a black dad styling his daughter's hair has won raves across Hollywood. In honor of Hair Love's inspiring message, Gabrielle Union and Dwyane Wade even invited DeAndre Arnold, a Texas teen who was suspended for wearing dreadlocks, and his family to attend the Feb. 9 Oscars ceremony in Los Angeles.

It's unclear whether or not Erivo has heard about Jones' support, but one diversity-based awards season message she did recently receive came from actor Joaquin Phoenix. While accepting his BAFTA for Joker on Feb. 2, the actor called out the inclusion of only white acting nominees as being symptomatic of systemic racism in Hollywood. Erivo shared a clip of Phoenix's BAFTAs speech on Instagram the following day with the caption: "Joaquin Phoenix giving you a word on institutional racism. Much respect." (She had turned down the BAFTAs invitation to perform "Stand Up.")

Erivo later told Variety that his speech "meant a lot" to her, and she expressed hope that Phoenix's call to action wouldn't fall on deaf ears: "I think it was time for someone like him to say it, because people like me, the black girls of the world, the black men of the world, are saying it consistently, but we're not always being heard. So maybe it might have taken that to change something."

Even after the April Reign-created #OscarsSoWhite hashtag began trending in 2015, the Academy Awards lack of diversity seems to remain intact. As far as inclusion of nominees outside of the male gender, the Academy — and industry as a whole — still has a glaring weak spot there as well. After Rae read the all-male list of 2020 Best Director Oscar nominees, for example, her "Congratulations to those men" quip hit the nail on the head.

While she may be the sole black nominee in the Oscars acting categories, Erivo is sure to earn many votes on the merit of her powerful performance in Harriet — even if she's already got Jones' in the bag.