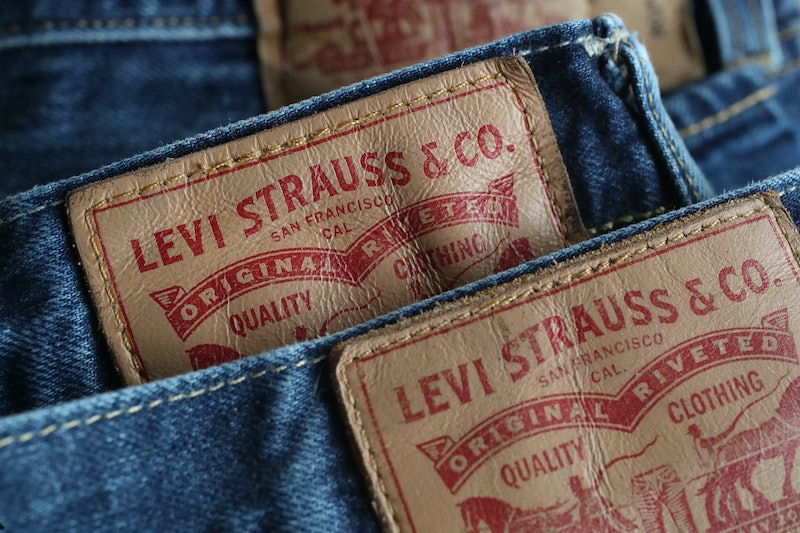 One of the United States' most famous denim companies is taking a stand on an issue that profoundly affects American society. Levi Strauss is joining the gun control debate, with the company announcing the launch of a three part plan to help stop gun violence. While it is perhaps unexpected to see an apparel company involved in gun control advocacy, the organization's CEO believes it is business' responsibility as powerful economic and political players to help protect Americans' safety.

Levi Strauss' new gun violence prevention initiative involves three components. First, the company launched the Safer Tomorrow Fund, which will provide over $1 million in grants in the next four years to organizations working to stop gun violence in the United States. So far, the company has established grant partnerships with Everytown for Gun Safety, Giffords: Courage to Fight Gun Violence, and Live Free.

The second part of Levi Strauss' gun violence prevention plan involves a partnership with business executives and Everytown for Gun Safety to form Everytown Business Leaders for Gun Safety. The group will bring like-minded business leaders together to help combat U.S. gun violence. Finally, the third component of the company's plan includes a commitment to its employees. Levi Strauss will now double its donation match if employees make a contribution to organizations working with the Safer Tomorrow Fund. The company also expanded its already-existing paid volunteer policy to allow employees to receive payment for political activism activities for up to five hours per month.

On Sept. 4, Levi Strauss' CEO, Chip Bergh, explained the impetus behind his decision to involve the company in gun violence prevention in an article published in Fortune. Bergh emphasized that he sees Levi Strauss as representative of American freedom and believes that protecting this freedom includes ensuring that Americans do not have to live in fear. As Bergh wrote in Fortune:

As president and CEO of a values-driven company that’s known the world over as ... one of the great symbols of American freedom, I take the responsibility of speaking up on the important issues of our day very seriously ... as business leaders with power in the public and political arenas, we simply cannot stand by silently when it comes to the issues that threaten the very fabric of the communities where we live and work ... doing nothing is no longer an option. That’s why Levi Strauss & Co. is stepping up our support for gun violence prevention ... Americans shouldn’t have to live in fear of gun violence. It’s an issue that affects all of us — all generations and all walks of life.

In addition to the company's recent announcement, as CEO Bergh has also previously advocated for gun control measures. Following an incident at a Levi Strauss store in which a customer accidentally fired a gun while trying on jeans, Bergh wrote a letter in 2016 asking people not to bring guns into Levi Strauss-owned facilities, even in states where doing so is legal. Bergh wrote in Fortune that, after publishing this letter, he received multiple threats, but remained committed to gun violence prevention because of the wider threat guns pose to American society.

It is clear that Bergh, as Levi Strauss' head representative, is committed to helping end gun violence — and believes that doing so requires a nationwide initiative that very much includes businesses. "No single activist, organization or lawmaker is going to reverse this [gun violence] trajectory," Levi Strauss wrote on its website. "It’s going to take an entire nation standing up and demanding change. And the business community plays an important role."