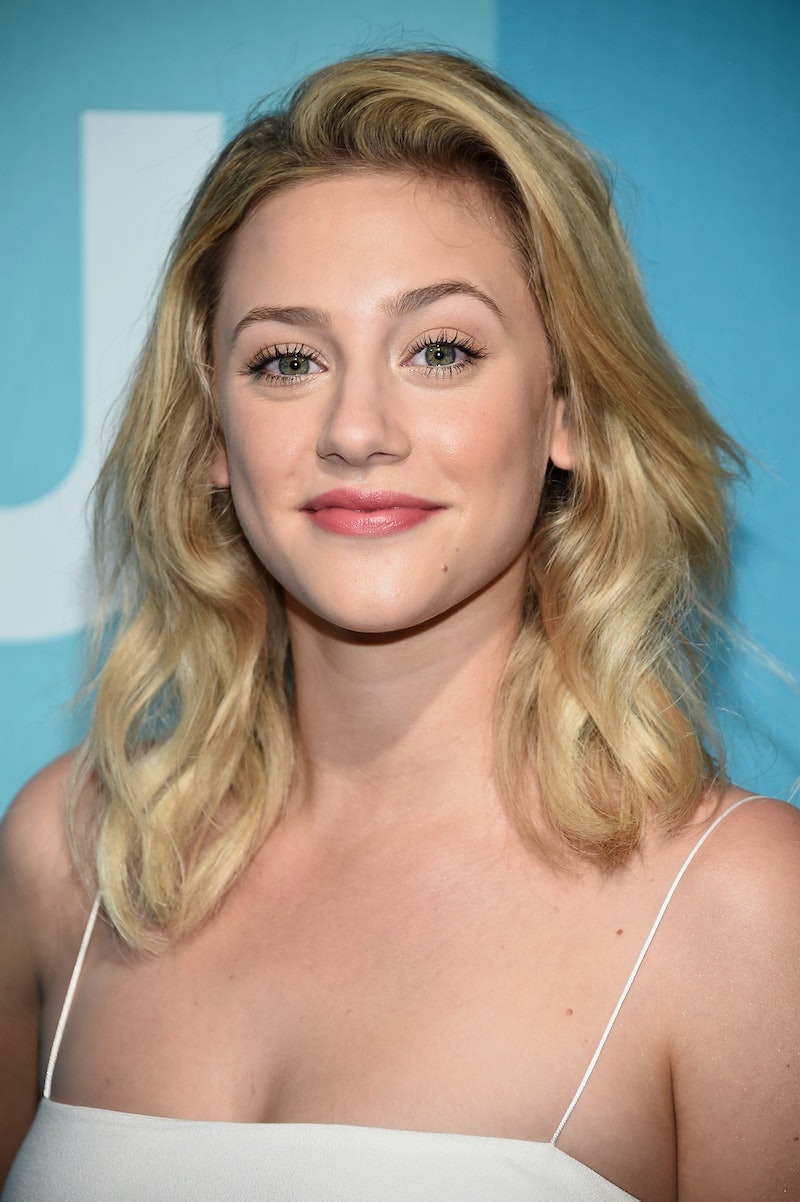 In all walks of life, there remains an undue stigma surrounding mental health. This can force the issue to remain hidden when it deserves to be discussed openly and without embarrassment. That's exactly why you should immediately read Lili Reinhart's comments on mental health in a new interview with Teen Vogue. In addition to broaching the idea that talking about mental health should be "something that's normal," the Riverdale actor also tackled issues of shame surrounding mental disorders, and how being forced to conceal such illnesses can exacerbate them.

"I think there's a shame that people feel when they are diagnosed with depression, or when they have depression and anxiety," Reinhart said. "Because they feel like it's abnormal, or it's something that they did wrong. And that's so not the case. That's a lack of education." And that lack of education, as Reinhart told the publication, has the chance to be remedied early on in life. When asked how she'd like the conversation around mental health to change, the actor said,

"Why aren't we talking about it in health classes in school? That's just as important as learning about physical health and nutrition. Why aren't we learning about our minds, and our mental health, and mental illnesses? I just think that it's something that very much needs to go hand in hand. And, the more we understand it, the more people are willing to talk about it."

At some point in our lives, any of us may encounter or be deeply affected by issues pertaining to mental health and well-being. Whether it's personal experience with an invisible mental health concern or seeing someone we know, love, or work with struggle with their mental health, all too often it remains a difficult topic to talk about due to its social stigma.

That's what makes Reinhart's comments all the more important. This is a major star using her influential platform to not just raise awareness, but to remind fans that they're not alone, strange, or beyond understanding if they're struggling with their mental health right now. And that means everything to those of us trying to understand our own mental health, while also wanting other people to understand it on some level, too. As Reinhart outlined, we all stand to benefit from talking openly about mental health and mental illness, rather than pushing it into obscurity.

Of course, this isn't the first time that Reinhart has discussed mental health on a public forum. In April, during an interview with Cosmopolitan, Reinhart shared her struggles with depression as an 18-year-old living in Los Angeles. Speaking of her experiences, Reinhart tackled the idea that mental illness is often hidden because it simply isn't taken seriously. She also offered some sterling advice to fans who may be left feeling as though their mental health struggles aren't valid. Reinhart said,

"For teenage kids, they feel a pressure to sweep things under the rug because they feel like they're not important enough to have problems. They aren't being bullied so why are they upset? I dealt with that. I had friends at school. People were like, 'You have no reason to be upset. Your feelings are illogical.' My message is that that's not true. You don't have to have a reason. Your feelings are validated by the fact that you're feeling them."

We happen to see such experiences portrayed in Riverdale where Reinhart plays Betty Cooper. This is a character who the actor describes in the same Teen Vogue interview as being "private about her dark side," and who she hopes will "find a way to communicate her mental struggles to Jughead, or to Archie, or to her mom." On the outside, it would seem that Betty has nothing to be "upset" about, however as we all discovered during her character arc, she was harboring a lot of secret darkness and hiding some concerning behaviors.

Fans will remember, for instance, that in Season 1, the Betty exhibited a great deal of internal struggle that occasionally bubbled over into self harm (when Betty cut the palms of her hands with her own nails) or in the torture of a fellow student. As a young woman trying to put on a perfect front and achieve everything she possibly can in occasionally impossible manners, Betty often attempts to evade her true feelings by trying "to push them down and ignore them," as Reinhart told Teen Vogue.

With the Season 2 premiere of Riverdale fast approaching, and with "dark Betty" hinted at taking over, it seems likely that we'll see what becomes of a young woman who isn't necessarily dealing with her mental struggles in an open or healthy way. And it's exactly why we should all be paying attention — to Reinhart's comments, to Betty's potential upcoming mental struggles, to the mental hardships of our friends and acquaintances, and to our own mental health needs. Let's all be kinder and more open about mental health. In short, don't be a Betty when you could be a Reinhart.