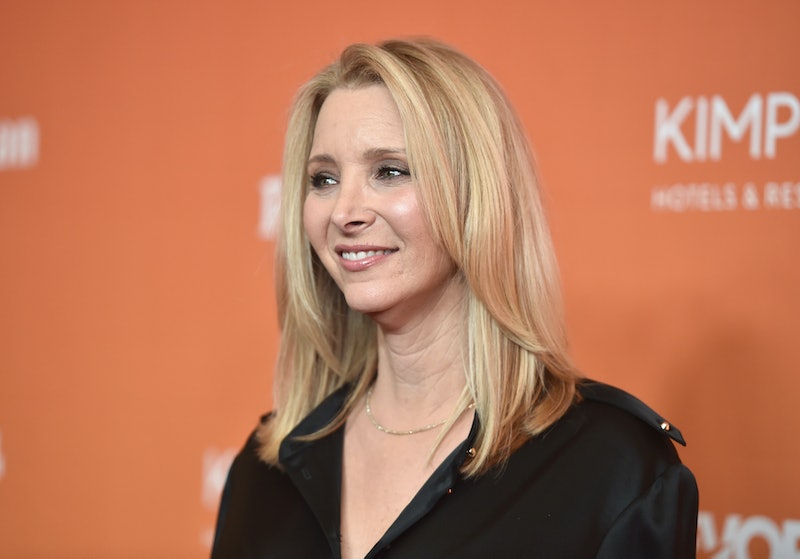 During a special screening of Booksmart on Monday, May 13, Kudrow reflected on the iconic NBC series and admitted to Entertainment Tonight that while she doesn’t recall the last time she watched a rerun, she actually has no interest in doing it. "I don't watch it if it's on. I might not like myself [on the show], so I'd rather not risk that," she explained.

No one can blame Kudrow for feeling this way. Celebrities watching themselves on screen is probably the equivalent of us common folk listening to audio recordings of ourselves. It’s more cringeworthy than Chandler Bing’s work laugh. Not wanting to watch reruns doesn't mean Kudrow doesn't love Friends, of course; during her interview with ET, she revealed that her favorite episode of the series is the pilot, calling filming it alongside her co-stars a "thrilling" experience. “We were like little puppy dogs, just climbing all over each other and playing and playing games. It was fun," added Kudrow.

Ever since the finale of Friends aired in 2004, fans have been vying for a revival, especially since recent years have seen the continuations of similarly loved '90s series such as Gilmore Girls and Roseanne. In a December 2018 interview on The Late Late Show with James Corden, star Jennifer Aniston revealed that while the women of the series were open to a reboot, the men were less enthusiastic. She told the host, “The girls always say we would love to do it again, and the boys are a little less excited about it for some reason... So we’ve decided that we’ll just do, like — and I’ve said this before — we’ll just do, like, a remake of The Golden Girls in, like, 40 years. … Just kind of go out on wicker chairs, you know what I mean?”

A Friends reboot that focuses on the women? Um, yes, please. However, not everyone is convinced of the idea. In an interview with Rolling Stone in March, Friends creator Marta Kauffman squashed all hopes for a reunion — explaining that there are “several reasons” why it wouldn't live up to fans' expectations. She told Rolling Stone, “"One, the show is about a time in your life when your friends are your family. It's not that time anymore. All we'd be doing is putting those six actors back together, but the heart of the show would be gone. Two, I don't know what good it does us. The show is doing just fine, people love it. [A reunion] could only disappoint."

Since the series’ conclusion, its stars have seen massive success in other projects, and while not all of them have similar vibes to Friends, some of them — like Kudrow's upcoming Booksmart — do revolve around friendship. At the screening, Kudrow compared her new film to that of her '90s cult classic Romy and Michele's High School Reunion, saying, “Even though [Romy and Michele] were idiots and these girls are really smart — and it was about a different time with a completely different tone — it's ultimately about best friends."

Booksmart arrives in theaters on May 24. Until then, many of us — except for Kudrow — will most likely be streaming Friends reruns on Netflix.