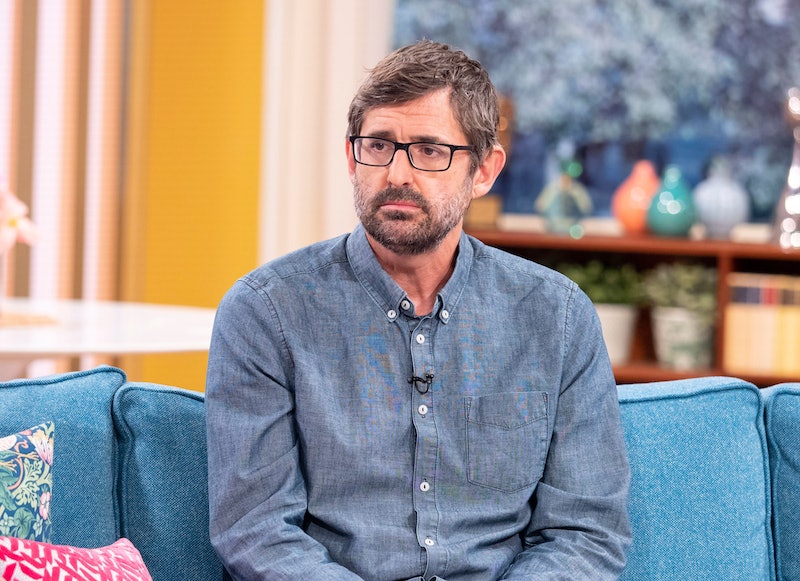 Documentary extraordinaire Louis Theroux recently appeared on ITV's This Morning in order to promote his new series Louis Theroux: Mother's On The Edge. During his interview, the documentarian was asked about the unique fandom he has acquired over the years — and Louis Theroux's comments about being a sex symbol were so Louis Theroux I actually can't handle it.

As reported by Digital Spy, the subject came up when speaking to This Morning hosts Phillip Schofield and Holly Willoughby. When asked about his sex symbol status, Theroux said:

"I'm very flattered by that, and I remember when I first noted on the internet people selling people t-shirts like that and I just thought 'who would have thought it?' At the same time I'm aware there's a bit of irony built into it, I'm aware it's not 'we think he's Brad Pitt.' Even my Mum would not suggest that's the best shot of me, I look gormless and my glasses aren't even on straight."

The documentary filmmaker went on to ponder the reasons behind his sex appeal. He continued: "Clearly there's some sort of, 'it's the gormless qualities that we like.' I'd prefer to be a Brad Pitt sort of sex symbol but I'll take it. I feel talking about it as a technique but it feels to me like being a normal person and talking to people."

During his appearance on the ITV daytime show, Theroux also discussed his approach to interviewing — a skill he has mastered over his many years of filmmaking. "I'm lucky I work on location and not in a studio," he said. "It's just me, the contributor, maybe one camera and a sound recordist. So it's an intimate space, it's just trying to meet the person on their terms and showing an interest."

As previously mentioned, the 48 year old was on This Morning to promote his latest documentary series, Louis Theroux: Mother's On The Edge. As reported by iNews, the series will see Theroux visit two specialist psychiatric units: the Bethlem Royal Hospital in London and Melbury Lodge in Winchester. Throughout the documentary, the broadcaster will attempt to understand postpartum mental illness, which one in five new mothers suffer from.

According to the Radio Times, Theroux has previously discussed his new series, and the often overlooked issue of postpartum mental illness. He said:

"We as a society do so much to celebrate new motherhood and to romanticise the relationship between new mothers and their babies, for understandable reasons. But the sad fact is, for many mums, their experience of having a baby is traumatic and they don’t experience Hallmark Card feelings of love."

Theroux then went on to reveal what he hopes the upcoming doc will achieve. He said: "I hope this film will go some way to helping normalise postpartum mental illness and stimulate a discussion on how we can best care for mothers at the time they need it the most."