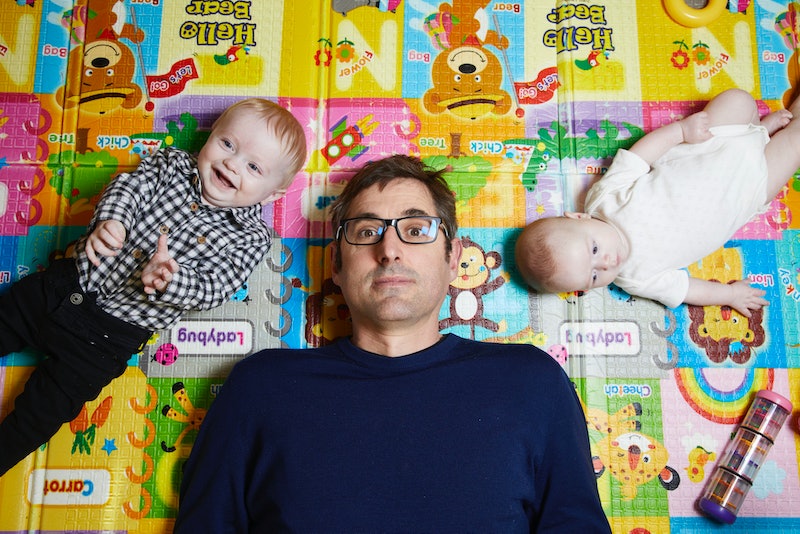 Being completely fearless in the face of some pretty emotional, scary, and awkward situations is how Louis Theroux has made his name. It seems there is no issue he can’t tackle. In pretty much every film, he has given audiences a glimpse of the sides of society that are so often closed off. It isn’t always easy watching and his latest documentary is no different. The latest Louis Theroux looks at mental health and motherhood. What promises to be a really emotional watch, Mothers On The Edge sees the filmmaker meet the mothers who have struggled with serious mental health problems after the birth of their children.

According to children's charity the NSPCC quotes the statistic that around two million in the UK live with a parent who has a common mental health problem. A YouGov survey also found that more than a third of mothers have experienced mental health issues related to parenthood, the BBC reports. In the show, Theroux spends time on two specialist psychiatric units which allows mothers experiencing serious mental illness to be treated while living with their babies. Speaking about the women he met for Mothers On The Edge Theroux said in a statement, “we as a society do so much to celebrate new motherhood and to romanticise the relationship between new mothers and their babies, for understandable reasons. But the sad fact is, for many mums, their experience of having a baby is traumatic and they don’t experience Hallmark Card feelings of love.” He continued:

“The women we featured in this film took a huge leap of faith in opening up and speaking to me. They bared a great deal of their souls and risked the judgement of less understanding elements of society. Their bravery and candour is awe inspiring, and it was a privilege to be invited into their families during a most vulnerable period in their lives.”

Throughout the one-hour documentary Theroux meets women suffering from a range of conditions, including depression, psychosis, and anxiety, which can be triggered by child birth and the stress of being a mum. Meeting the women and their families being treated in hospital and those recovering at home Mothers On The Edge discusses how hard it is to care for two immensely vulnerable people.

Speaking about the women and families he met he said, “I hope this film will go some way to helping normalise postpartum mental illness and stimulate a discussion on how we can best care for mothers at the time they need it the most.”

There is no denying that Theroux’s films are not only completely gripping but in the past they have also be really touching. From meeting the people choosing death in his Altered States to speaking to the victims of sexual assault in The Night In Question he has brought really difficult issues and stories to light. Mothers On The Edge promises to be a frank portrayal of what motherhood can be like. Speaking about the film Clare Sillery, Head of Commissioning, Documentaries, at the BBC said, “this thought-provoking documentary is sure to open up a conversation about one of the most challenging periods of any parent’s life and puts a spotlight on an issue that remains largely unspoken about in today’s society.”