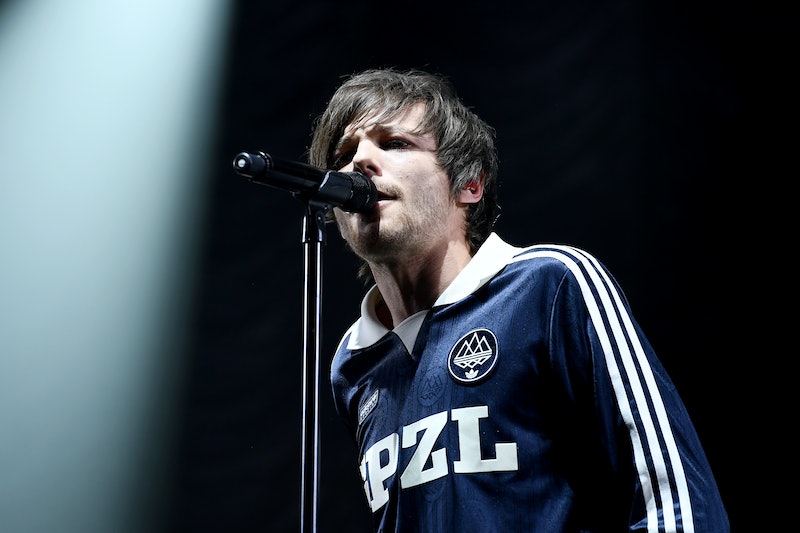 Any news that brings fans closer to a One Direction reunion is good news. And on May 4, band member Louis Tomlinson said a One Direction reunion is "inevitable," during a new interview with ODE Entertainment. That's a bold statement, considering it pretty much confirms that the boys are going to get back together at some point. But when? That's where things get complicated.

"I do think it will happen," Tomlinson said. I'd certainly have something to say about it if it didn’t,” Tomlinson told ODE. ” I think it’s inevitable.” The timing of their reunion will be tricky because each of the band members, Harry Styles, Liam Payne, Niall Horan, and Tomlinson himself are all busy working toward their own individual goals. They will all have to find a place to pause in order to regroup.

"When is the big question. And that's something that none of us really know the answer to at the moment," the "Two Of Us" singer said. "I feel like, what's most important is when we do get back together, we're all on the same page and we all have done what we want to do individually."

He said unfortunately, he doesn't know how the timing will shake out. It's definitely something that's going to take a lot of organization due to the many moving parts. "I think that's vitally important for when we get back," he said. "It's just 'when' as far as I'm concerned, but I don't know the answer to the question 'when' yet."

Pulling an *NSYNC, the band officially split in January 2016 after announcing a temporary hiatus five months earlier. Since then, they've all released solo music. And interestingly enough, they all have very different styles and sounds. Tomlinson launched his solo career in December 2016 with his debut single "Just Hold On." In 2017, he released two more singles, "Back to You," in collaboration with Bebe Rexha, and "Miss You." And in March 2019, he released a single dedicated to his late mother called "Two of Us." His mom passed way from leukemia in 2016 at 43.

In March, he talked to Rolling Stone about what the song means to him, and what the writing experience was like. "I just feel like musically, I almost needed to get this song off my chest," Tomlinson said. "People say writing is a part of therapy and in a way, I feel like I'd been avoiding writing this song because I knew I only had one chance to get it right. I don’t mean to be too soppy about it, but if 'Two of Us' can help just one other person who's going through the tough time that I went through, then that would make me really happy."

It also seems brave of Tomlinson to declare a reunion when he just returned to the stage after experiencing another tragic loss, as reported by People. His 18-year-old sister died from sudden cardiac arrest in March. He wrote on Twitter recently that he's working on an album, which he worked on for a while before realizing he was trying too hard to make it Top 40 material.

"As much as I try and stay realistic I couldn't help but crave a 'hit' single," he wrote. "It's because of this that I've spent so long on this album, trying to fit into top 40 radio when maybe I should start with what I love and work from there."

The album has not yet been released, so at least fans have that to look forward to while waiting on a date for that "inevitable" One Direction reunion.

More like this
Craig David Is Still Slicker Than Your Average
By Olivia-Anne Cleary
The Spice Girls Just Dropped A Brand New Music Video
By Sam Ramsden
20 Years Later, Kelly Clarkson & 'American Idol' Judges Reunite For Her Hollywood Walk Of Fame Star
By Radhika Menon
Ed Sheeran’s Surprise Gig Included An Iconic Britney Spears Tribute
By Bustle Editors and Darshita Goyal
Get Even More From Bustle — Sign Up For The Newsletter