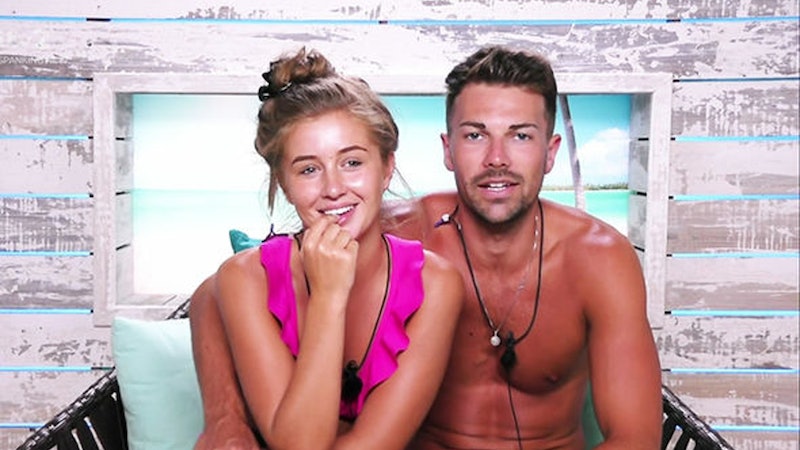 If you've spent the past few years jealous of all of the Brits who get to enjoy the now-iconic reality show Love Island every year, your time has finally come. CBS just announced that the American version of Love Island will premiere on June 9 and air five nights a week, so that people on this side of the pond can finally understand why this show has become such a phenomenon in the United Kingdom.

According to a press release, via Entertainment Tonight, the show centers around a group of (very attractive) single people, who arrive at a villa in Fiji "ready to embark on a summer of love, friendships and, ultimately, relationships." The contestants need to couple up every few days, with any remaining singletons risking being eliminated from their dream vacation. "Challenges abound with new Islander arrivals and dramatic twists as friendships and relationships form," the release continued.

"In addition to choosing their partners wisely, Islanders must also win the hearts of viewers who have the opportunity to shape events on screen and ultimately crown one lucky couple the winner, who will then have the chance to walk away with both love and the cash prize." Think of Love Island as Bachelor In Paradise meets Big Brother — along with plenty of input from the viewers at home.

An American version of the hit reality show has been in the works since since last summer, as the U.K. version gained celebrity fans from Paris Hilton to Adele. Even Margot Robbie gushed about her love of the show, joking that she wanted to play Season 4 winner Dani Dyer in a movie. "I’m obsessed with Danny Dyer’s daughter who’s on Love Island," the Oscar nominee told London Live in August 2018. "Her accent is so brilliant. The first time I heard her speak I thought that would be such a great accent for a character that would be so fun." She went on, saying, "Oh my God, I would just 100 percent [want to play her in a movie]. Why haven’t we done that yet?"

Once the original Love Island became available to stream on Hulu (where American viewers can watch all four seasons of the show before the CBS version premieres in June), the reality show became a phenomenon on both sides of the Atlantic.

And as exciting as it is to watch all of the twists, turns, drama, romance, and backstabbing happen onscreen, the U.K.'s reigning champ, Dyer, admitted that it can be just as easy to get sucked into the whole experience when you're on the show as well. "I think on Love Island everything is speeded up," she told The Sun's Fabulous magazine in March. "So within two weeks you’re talking about your feelings and telling someone you like them, whereas it takes months to get there in the real world."

Unfortunately, like on The Bachelor, many couples who fell for one another on Love Island struggle to make their relationships work in the "real world."

"In the villa it’s beautiful, and in the moment everything is so perfect. Things are more difficult in the real world. That’s where you get to know the person and you learn their faults," Dyer, who split from her boyfriend and fellow Love Island winner Jack Fincham in December 2018, before reuniting shortly afterwards.

"On Love Island everything is done for you so you don’t have to think about anything. Then suddenly you come home and you’re arguing and bickering and silly things become an issue. We’d both come out of a bubble and were trying to adapt to this new world."

Drama, love, attractive people in skimpy swimwear falling in love and competing for money — if that doesn't sound like a recipe for the most addicting reality TV show you've ever seen, we don't know what does. Let's just hope Margot Robbie is willing to join us for a nightly viewing party once the U.S. version premieres on June 9.