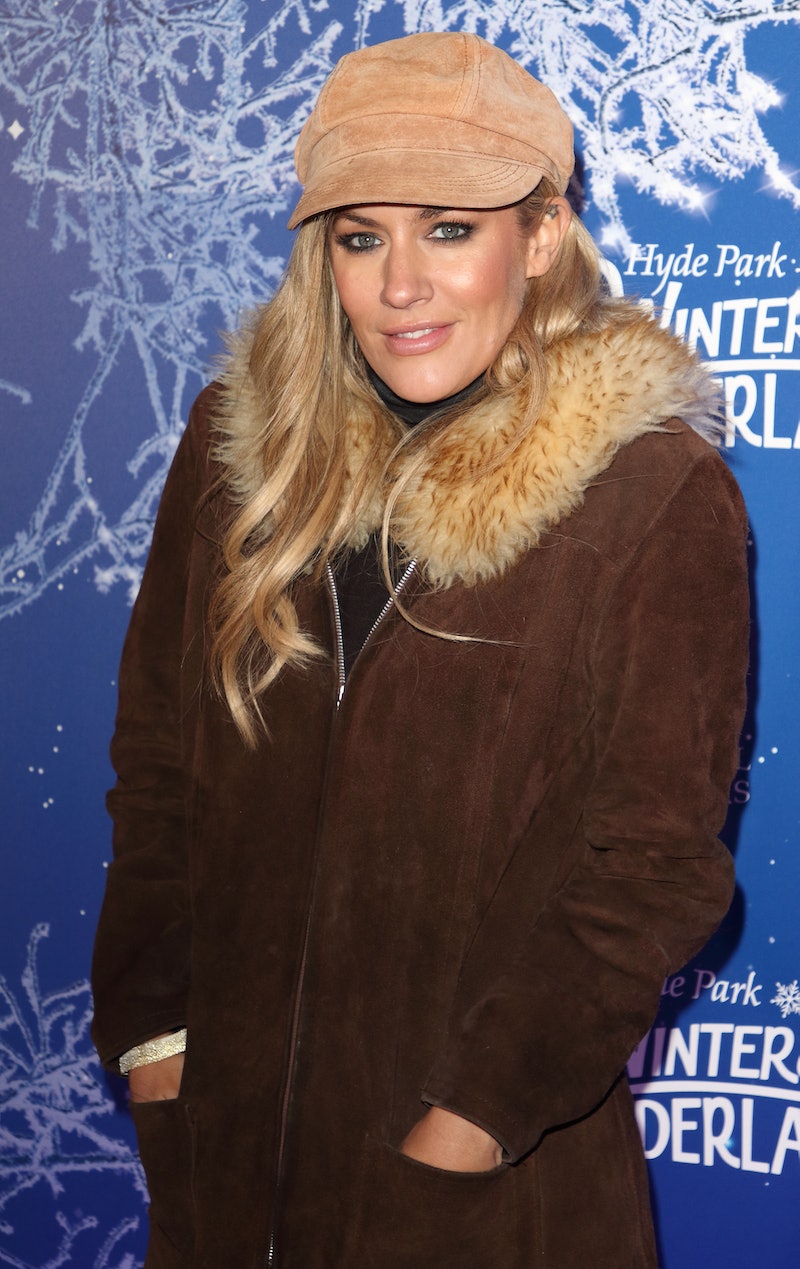 In an episode set to air on Monday, Love Island will pay tribute to Caroline Flack on the heels of her death. Flack, a former host of the British reality TV series, was found dead in her apartment in London on Saturday, Feb. 15. She was 40. The host's family confirmed the news with a statement issued to multiple outlets that read, "We can confirm that our Caroline passed away today on the 15th February. We would ask that the press both respect the privacy of the family at this difficult time." In light of Flack’s death, ITV canceled Sunday’s broadcast of Love Island and revealed that the show would instead return on Monday with a new episode and an homage to the former host. In a statement issued to Bustle, ITV cited “respect for Caroline’s family” behind the decision.

“Many people at ITV knew Caroline well and held her in great affection. All of us are absolutely devastated at this tragic news. After careful consultation between Caroline’s representatives and the Love Island production team, and given how close we still are to the news of Caroline’s tragic death, we have decided not to broadcast tonight’s Love Island out of respect for Caroline’s family. Love Island will return tomorrow night which will include a tribute to Caroline who will be forever in our hearts.”

Flack served as a host of the popular British dating reality TV series for five seasons between 2015 and 2020. Flack left the series prior to the start of the sixth and current season after she was charged with the assault of her boyfriend, Lewis Burton, in December 2019. She pled not guilty and had been awaiting a March trial at the time of her death.

Presenter Laura Whitmore has since filled Flack’s shoes as Love Island host. On her BBC Radio 5 Live show on Sunday, Whitmore paid homage to Flack and called on listeners to “be kind” to one another. "Caroline loved to love. That's all she wanted,” Whitmore said. “Which is why a show like Love Island was important to her, because the show is about finding love, friendship, having a laugh.” She added, “So, to listeners: be kind. Only you are responsible for how you treat others and what you put out in the world.”

On Sunday morning, Burton broke his silence on his partner’s death on Instagram. “My heart is broken we had something so special,” he wrote, in part, alongside a photo of the two on the beach. “I am so lost for words. I am in so much pain. I miss you so much… [N]othing will bring you back but I will try make you proud everyday. I love you with all my heart.”

More like this
Molly-Mae Hague & Tommy Fury Celebrate Pregnancy Reveal In The Sweetest Way
By Sophie McEvoy and Sam Ramsden
What Exactly Is The Bish & Chips Show?
By Frances Stewart
Tyra Banks Flubbed The Name Of Charli D’Amelio’s Boyfriend On 'DWTS' Bond Night
By Jake Viswanath
Every ‘RuPaul’s Secret Celebrity Drag Race’ Contestant’s Identity Has Been Revealed
By Brad Witter
Get Even More From Bustle — Sign Up For The Newsletter