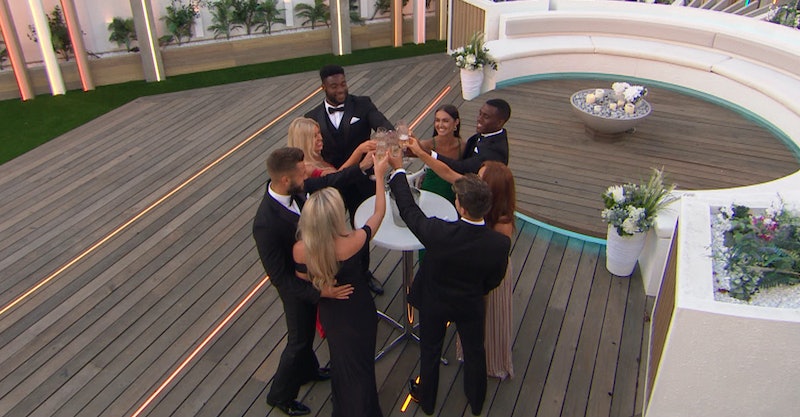 Sunday night saw Finley Tapp and Paige Turley crowned the winners of the inaugural Winter Love Island. Although Luke Trotman and Siânnise Fudge were obviously robbed, I have finally accepted the outcome, and, quite frankly, am just glad it’s all over. The tragic news of Caroline Flack’s passing changed everything and, in the end, it became difficult to stick with the show as it limped towards its finale. The muted tone of the last episode was a far cry from the packed-out viewing parties and outpouring of excitement in the lead up to Amber and Greg’s winning moment in 2019.

Although the islanders were not made aware of Caroline’s death, the news completely changed the way viewers interacted with the show. The last week of the season is supposed to be the most light-hearted, with everyone already coupled up and thoughts turning to the final. In a competition of cuteness, the season wraps with the baby challenge, meet the parents, and the romantic dates. However, watching the final moments this time around made me feel guilty. Despite two episodes being cancelled in the wake of Caroline’s passing, the quickness with which Love Island returned to normal was tough to swallow. There was a touching tribute from Caroline’s friend and fellow Love Island alum Iain Stirling when it returned, but there was very little that could be said to capture the magnitude of what had happened. A longer tribute video was played on Sunday night, however – a moving montage of Caroline’s best moments on the show. Watching the presenter do her signature walk into the villa, it was hard to contemplate what had happened – and still is.

The tragedy undoubtedly cast a long shadow on Winter Love Island, but the show was already suffering. With fewer funny catch phrases and a format that gave everyone déjà vu, viewer numbers were slipping and fatigue was setting in.

The contestants this year felt too media trained to be truly relatable. The popularity of the show means that contestants are now much more intentional in their actions. They don’t want to risk coming off as the bad guy. Fewer influencers appearing in prior years provided far more relatable moments. Despite leaving after only a couple of weeks, former Miss Newcastle Rebecca Gormley was a big character this season, unrepentantly going after what she wanted, despite what others thoughts, and as a result was probably the most memorable contestant on Love Island this season.

Having said this, however, it’s understandable why contestants tow the line so carefully. The potential trolling that comes with Love Island viewers not liking you can impact your life and mental health dramatically, as was illustrated with Mike Thalassitis and his “muggy Mike” persona.

The other benefit of having more measured contestants was that Winter Love Island brought less emotional turmoil and fighting, and viewers at home were especially comforted by the friendship that grew between the two Lukes. Romance on Love Island is undeniably the biggest draw, but it is always the friendships that give life to the show. From Chris and Kem to Tommy and Curtis, Love Island’s bromances provide as much entertainment as what happens between the couples. This season, Luke T and Luke M entered the villa together, made it through to the final, and probably had the most genuine connection out of everyone in the show. We were all aww-ing at Luke T scampering around the villa collecting random objects to put together the perfect date for Luke M. Then there was the adorable moment the pair sat cuddled on the sunbeds with Luke T rubbing Luke M’s legs in the cold. These moments of kindness are going to become more important on Love Island moving forward as viewers no longer feel comfortable participating in the online dogpile of contestants they dislike. Especially in light of Caroline's death and conversation around contestant’s mental health, Love Island may no longer be able to rest on it laurels by using emotional manipulation and high drama to provide entertainment.

Winter Love Island also failed to escape criticism when it came to diversity among its contestants. Although this season made some strides in this area, there was still very little in the way of body or age diversity. Given that the average size in the UK is 16, it’s surprising that there still isn’t more done to represent bigger body types – something viewers have been calling for for the past few seasons.

And the diversity issue actually extends beyond the show itself. Throughout Love Island’s recent history, the contestants’ best moments have been made into viral content through online commentary mostly led by Twitter. Specifically, Black Twitter. A study from data scientist Chris Schon illustrated the extent to which Black influencers drove online engagement for the show, with comments from Nella Rose racking up almost 50,000 retweets in total midway through the series’ run. Despite this, we have rarely been asked to participate in post-show discussions or podcasts.

Despite its faults, there were some joy-filled moments we could all celebrate this series. While it was cold, rainy and depressing in London, Mike was twerking in the sun exuding Black boy joy at every given moment; Demi was fighting gravity winning this season’s best fall following on from Amber’s slip last year; and Siânnise was wearing her emotions on her face, giving us so many perfect reaction videos.

All in all, Winter Love Island has been a mixed bag. The sudden passing of Caroline left a lot of viewers reconsidering their loyalty to the show. With applications for Summer Love Island already open, all eyes are on ITV. The network will need to ensure that the next season mitigates online harassment and trolling of contestants and creates an entertaining and diverse show without subjecting people to emotional upheaval and an onslaught of abuse.