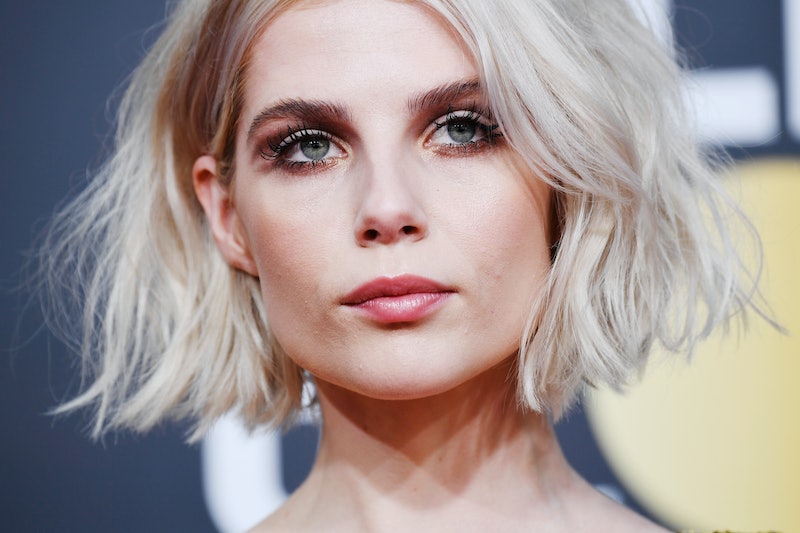 It doesn’t look like the current trend of music biopics will end anytime soon, as Lucy Boynton will play Marianne Faithfull, one of Britain’s most iconic musicians to come out of the 1960s, in an upcoming film. Faithfull was best known for her song "As Tears Go By," written by Mick Jagger and Keith Richards. Directed by Ian Bonhote, this biopic of Faithfull’s life has been a long time coming.

Initially rumoured to be in the running for the part by Deadline last October, Boynton recently revealed how ecstatic she is about portraying Faithfull in the biopic. “I fell in love with this project the second I read it,” she said in a statement (via The Hollywood Reporter), “so I couldn’t be more thrilled to be a part of telling Marianne’s story both as an actor and, for the first time, as an executive producer, especially alongside this creative team. I can’t wait to really get started.”

Boynton is the only actor officially announced for the film at this point as “[c]asting is currently underway for the role of Mick Jagger,” according to The Hollywood Reporter. Jagger was a huge part of Faithfull’s life, as the two became a couple during the late '60s. Vogue writes that their relationship is “expected to be a major focus of the plot” of this new film.

As Faithfull said in a statement, she is “delighted that [her] story is finally being made.” It’s been in the works since 2009, after the BBC planned on adapting her 1994 biography into a film. “It won’t happen right away but we have found a director who I trust who wants to make a film of the book,” she told BBC News at the time. “I’m not getting involved. I’ll read the script, when it’s ready, which isn’t for a long time, and then I’ll leave it to the director and the actress he chooses.”

Whether that director was Bonhote is uncertain, but he’s certainly excited to be bringing the singer's story to life. “Marianne is an extraordinary woman who rebelled against the male-dominated music industry,” he explained in a statement. “The film will explore female issues as well as the injustices she suffered in her quest to become recognised as an artist. I’m honoured to collaborate with Lucy and Julia to shine a light on Marianne’s timeless story.”