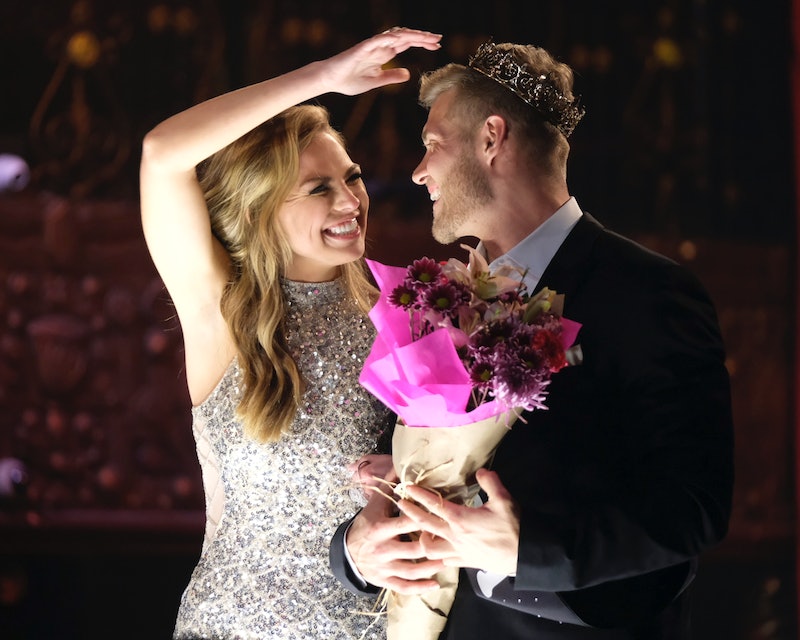 Word has seemingly made its way to Bachelorette contestant Luke P. that, despite his episode 2 crowning, most of the audience doesn't deem him "Mr. Right" for Hannah B. Luke P. commented about The Bachelorette and his edit on the show so far. Suffice it to say, Luke Parker's early villain status in the eyes of many loyal viewers is not lost on him.

On Tuesday, May 28 Luke posted a photo of himself and Hannah during a date on the show along with a lengthy caption. Luke's controversy has caught up with him (though it shows no signs of ending any time soon) and the contestant spoke on his behavior directly in the post.

"I just want to address the elephant in the room here really quick," Luke began his Instagram post. "First I want you all to know how hard it has been for me to watch myself this season so far. Regardless of what is aired AND IF @alabamahannah and I are together or not my behavior in all situations has been and will continue to be exposed."

Luke continued by revealing that his negative portrayal on the show had inspired some much-needed soul searching:

"I have learned a lot and I am continuing to learn about my flaws as a man. I'm the first to admit I am far from perfect. This journey has giving me a great opportunity to grow and mature as a man, for that I am grateful. For those of you who are on this journey with me I am grateful for your support and hope you get to learn and grow from my mistakes with me!"

The post came just a day after the latest episode of The Bachelorette, where Luke was seen making quite the splash on the hit ABC reality show. However, this impression was not as glowing as his Night One First Impression Rose showing.

After Luke is seen getting territorial over Hannah and telling her, I really don't think these guys just have what it takes to be your future husband," Hannah tells Luke that she is irritated by his over confidence. "It's annoying when Luke P., like, tries to flaunt our connection in front of the guys," Hannah said during Monday night's episode. "There have just been some, like, little red flags about how he carries himself that bothers me a little bit. It's like this fine line that I really think is attractive to, like, it's the most unattractive thing I've seen in my life."

Once Hannah told Luke that she'd like to "call her own shots" and asked him to respect her other relationships, Luke promptly decided he'll pretend his conversation with Hannah never happened. A week after Luke shockingly told Hannah he was "genuinely starting to fall in love" with her, he even threatened to leave the show.

If the tease for the rest of the season is any indication, Luke's reputation for stealing the show "but not in a good way" will continue. He can be seen getting into arguments with other men, yelling intensely at Garrett, and being asked point-blank by Hannah why none of the other guys like him.

Luke P. began this season of The Bachelorette by proclaiming that he had talked to God in the shower. Maybe some divine intervention can save him from any missteps in next week's episode.

More like this
Clayton & Susie Broke Up, Citing "A Significant Amount Of Pain" After 'The Bachelor'
By Jordyn Tilchen
Kesha Is Down To Be The Next Bachelorette
By Jake Viswanath
Kira's Post-'Bachelor In Paradise' Activity Has Included Travel, TikTok, & Tea
By Grace Wehniainen
Why Did Teddi Leave 'Bachelor In Paradise'?
By Kadin Burnett
Get Even More From Bustle — Sign Up For The Newsletter