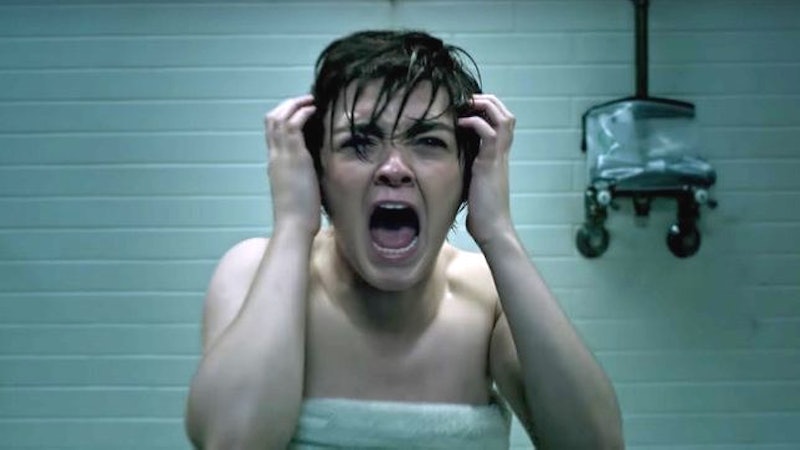 The X-Men franchise has had its share of suspense and jump scares over the years, but nothing compares to the X-Men: New Mutants trailer. The terrifying clip dropped on Friday, and it represents a new vibe for the superhero series. Heart-pounding action sequences are one thing, and they'll definitely get your pulse racing, but this is way beyond that. We're officially into full-on horror territory with New Mutants, and you're not ready for how genuinely scary even just the trailer is, not to mention a huge departure from the rest of the franchise.

But while it's different for the fan base, it's decidedly not different for the cast. They've stacked this little baby top to bottom with more than a few young actors who know their way around scaring your socks off. Right off the bat we've got the powerhouse that is Maisie Williams, who's probably murdered more people as Arya Stark on Game of Thrones than years she's been on the planet. This time around, she'll be playing Rahne Sinclair, also known as Wolfsbane — an X-Man that any Stark could be proud of.

Those five round out the cast of young mutants just discovering their powers, but don't expect to see them in orderly classrooms, trying to harness their abilities. In the first few seconds of the trailer, we see darkened hallways, spooky graveyards, banks of televisions, and what looks like a lie detector test. And that's even before the horrifying blood draw, backed with the ominous phrase, "Did you know baby rattlesnakes are more dangerous than adult ones? They haven't learned how to control how much venom they secrete." It's the kind of line that gives you a chilling idea of just what these kids are up against.

The line is uttered by the only adult to appear in the trailer, but she's hardly a Professor X. Her name is Dr. Cecilia Reyes, and she's plaid to hair-raising perfection by Alice Braga, whose bedside manner leaves something to be desired. Her tone and the general ambience of the trailer make it clear that this addition to the franchise is set in more of a haunted house than a school, and the film will be less about these young mutants honing their powers to protect others, and more about needing to protect themselves.

There are people trapped in washing-machine infernos, shapes pressing through the walls, and horror masks getting ripped off right in front of our eyes, and every moment is scarier than the last. It's to the point where we're lucky it's October, when our tolerance for all things creepy is at an all-time high leading up to Halloween. Who knows what we're gonna do when the full-length movie is released in April.

And it sounds like that's exactly what the movie's director, Josh Boone, is hoping for. He shared:

"We are making a full-fledged horror movie set within the X-Men universe. There are no costumes. There are no supervillains. We’re trying to do something very, very different."

And it certainly does feel different. Even if you're used to seeing Maisie Williams throw herself into violence on GoT, those moments are usually isolated, and we have a lot of time to recover in between. This time, it seems like it's going to be one stomach-churning moment after another, and you truly aren't ready for Apr. 13, 2018.