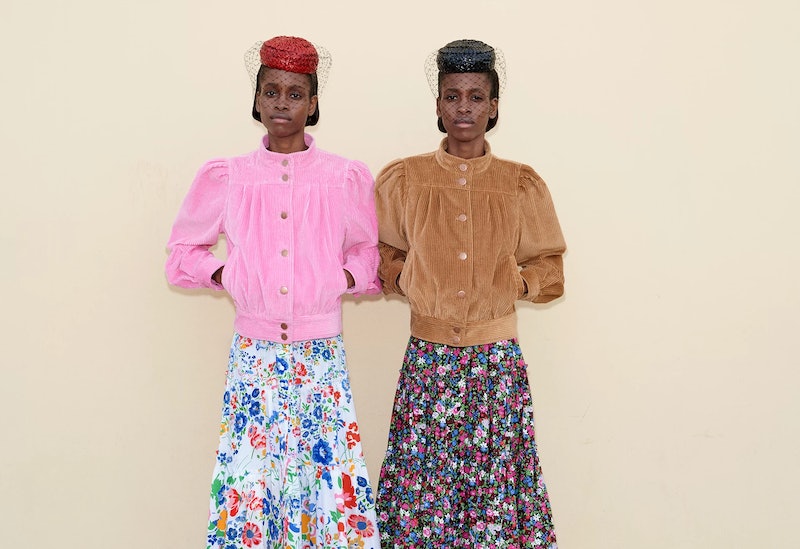 So what makes The Marc Jacobs different? It's going to focus more on creating standalone pieces, rather than full collections. According to Vogue, the label's name is taken directly from Jacobs' Instagram handle, @TheMarcJacobs. The designer has been previewing his collection on his account, teasing the new venture to loyal fans and followers.

“We wanted to do something that is unlike the runway collections we are doing, in that it is more ‘item-y.’ The items are things that you could put together to create your look," Jacobs told Vogue.

This comes in handy, seeing how the designer's affordable line of streetwear, Marc by Marc Jacobs, closed in 2015. The new site is now live, launching on May 30, and has pieces that run from $95 to $1,600.

Keeping in theme with the self titled label, each of the items for sale will begin with "the." For example, there is The House Dress, The Proposal Pump, The Sash Belt, and The Mule. "We call it "the" because we want to give each item a unique identity," Jacobs explains on the site.

It also appears that Jacob will refer to the brand as simply "The." In his first Instagram post about the new venture, Jacobs shared a photo of prim midi dresses and midi skirts in a riot of clashing prints. He wrote in the caption, "I am so proud and pleased to announce THE MARC JACOBS. THE is an eclectic collection of items: Clothing, Shoes, Bags, Jewelry, Accessories, etc. I’ll share more about what THE is in greater detail later on..."

If the collection has a throwback feel to you, then that was Jacobs' intention. The new line will not only have vintage items inspired from past eras, but it will also have re-issues of some of the designer's most famous pieces. For example, you will find Jacobs' smiley-face sweater from his very first runway show in 1981, for the label Sketchbook.

"The ongoing collection of the items we love," Jacobs shared on the newly launched site. "Styles reinterpreted from periods we love in fashion, pop culture, art, music, film, and print."

“When my team and I first initially met to start this project, we started looking at pieces and things we have consistently always gone back to,” Jacobs shared with Vogue. “We started to put these items up on a board with the title ‘The’; The Thermal, The Cashmere Hoodie…”

The new line will also have iconic collaborations. Scrolling through Jacobs' Instagram posts you might have spotted a caption that included an item named "The Peanuts x The Gym Pant." That's because The Marc Jacbos has a collection with Peanuts, some of which is already on the site. The new label also has a collab with New York Magazine, Sofia Coppola, and others.

It's an exciting new venture for Jacobs, and all of our wallets should be worried.