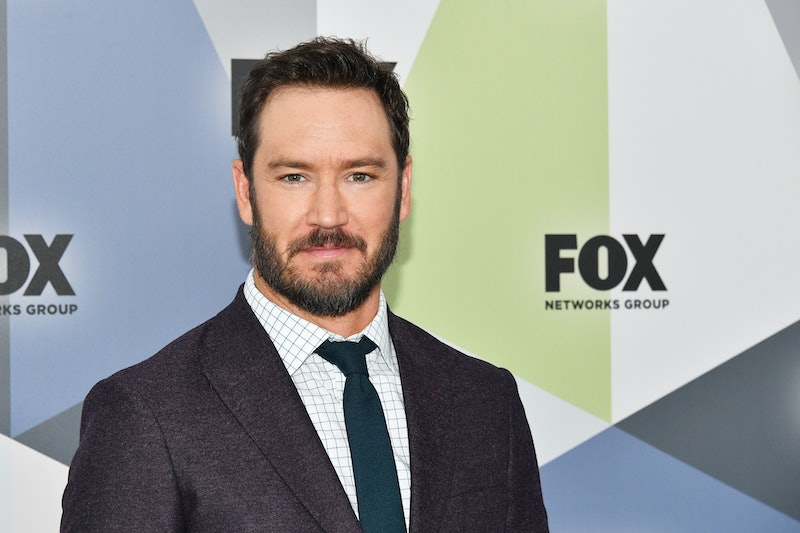 Time out. The man formally known as Zack Morris just gave the world a reason to hope for a return to Bayside High one day. In a new interview with The Hollywood Reporter, Mark-Paul Gosselaar said he'd do a Saved by the Bell reboot — if the story is right. Given that the classic teen series is very much a product of the '90s, reviving it for a modern audience would be tricky, and it's something that The Passage actor would only want to do if a good pitch came his way.

As a rule, Gosselaar said he isn't a fan of the reboot craze. Instead, he prefers original ideas over indulging in nostalgia. Still, he shared with THR that he has left the door open for his most famous character, Zack, to return. "If it was a good product that I thought wouldn't tarnish the original product, yeah, I'm open to hearing anything," he said. "I love what they've done with Cobra Kai. That type of reboot is what I would be interested in exploring."

Cobrai Kai is YouTube Red's continuation of The Karate Kid franchise. The series takes place 34 years after the end of the original movie, and follows Johnny Lawrence and Daniel LaRusso as adults struggling with issues like parenting and finding their way in the world. It's less an exercise in nostalgia, and more of an exploration of who these two men are now and how they relate to each other given their status as childhood rivals.

It would be interesting to see a Saved by the Bell reboot take a similar route. What would Zack be like as an adult? Did his and Kelly's marriage last? How do they compare to their high school selves? The potential to make a series that reckons with the nostalgia rather than reveling in it is certainly built into the concept of the original show, because everyone reflects on their high school selves at one point or another.

Seeing Zack and the rest of the gang try to recapture their high school years would be poignant not only for the audience, but also for the actors. For Gosselaar, it would be a chance to revisit a cool kid character that was always removed from who he was in real life. "Zack Morris was a character that I created from seeing the really cool kids in my school," he told the publication. "I was not one of those kids."

He may not have been a real life Zack, but Gosselaar relished playing him. "When I read the first script, I thought, 'I'm gonna play Ferris Bueller, this is awesome! I'm gonna play a smart-ass'!" he said to THR.

Since his Zack Morris days, Gosselaar has taken on a variety of roles. Most recently, he starred in Fox's genre series The Passage, which was canceled after one season. The revival chances for that show are looking slim, but there is another show the actor would like to return to before contemplating the idea of stepping back into Zack's stylish shoes. That show is This Is Us creator Dan Fogelman's one and done baseball series Pitch.

Fox canceled Pitch in 2017 after a single season. The series followed the story of the first female pitcher in the MLB, and Gosselaar played a catcher who was nearing the end of his career. In April, rumors of the show being revived by Disney's 20th TV in order to secure an overall deal with Fogelman began circulating, per THR. Nothing has been confirmed, but Gosselaar would love to see the series return.

"The material that we were getting every single day was some of the best I'd been given. I was so proud of the finished product. I thought that that was the winning formula," he said of Pitch. "I think all of us would be in. We talk about it all the time."

Reboots may not be Gosselaar's favorite genre, but it sounds like when it comes to Saved by the Bell and Pitch, he would definitely make an exception.

More like this
Netflix Reveals First Look At Wednesday In The 'Addams Family' Spinoff Series
By Bustle Editors
A New 'And Just Like That' Table Read Pic Confirms A Key Character's Return
By Jack Irvin and Grace Wehniainen
24 Years Ago, 'Friends' Dropped Its Most Underrated Ross & Rachel Episode
By Grace Wehniainen
The 'Skins' Cast Shared The Reunion We’ve Been Waiting For
By Sophie McEvoy
Get Even More From Bustle — Sign Up For The Newsletter