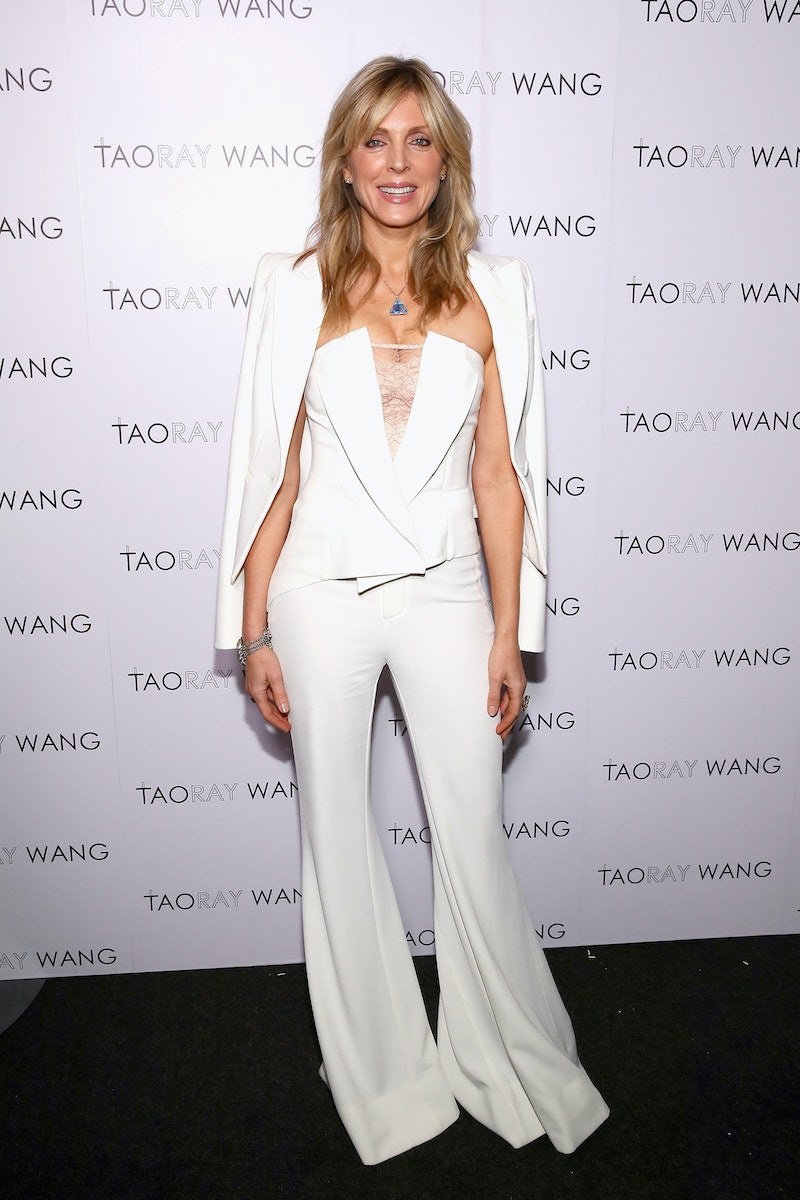 President Trump's former wife is back in showbiz. On Tuesday, CNN reported that Marla Maples will appear on HBO's The Righteous Gemstones comedy series about a televangelist family. A spokesperson for the network told CNN that the shooting for the series was taking place in South Carolina, and will reportedly air later in 2019.

You can expect to see Maples alongside actors Danny McBride and John Goodman in the show, CNN reported. According to a HBO press release for the upcoming series, "The new comedy centers around a world-famous televangelist family with a long tradition of deviance, greed and charitable work — all in the name of the Lord Jesus Christ." The show's executive producers are Jody Hill and David Gordon Green, per the HBO release.

The Righteous Gemstones isn't Maples' first venture into the entertainment industry; she previously appeared in Stephen King's Maximum Overdrive in the 1980s when she was just 18 years old, HuffPost reported. Maples also had brief roles in films like Executive Decision, For Richer or Poorer, Loving Annabelle, and other titles, according to IMDB.

Although she hasn't publicly commented on the series, Maples shared a photo of herself enjoying a "vegan breakfast" in South Carolina on Instagram last week. Maples' caption read: "[I] couldn’t be much happier than the now [sic]." She added that the last time she was in South Carolina, she was working in King's film, and wrote, "Thanks for having me back to work in the south again!"

Maples, who is Tiffany Trump's mother, does not frequently appear in the media spotlight. In 1990, Vanity Fair ran a detailed profile piece on Maples, who was dating Trump at the time, about their relationship.

Peppered with her comments about meeting Trump's parents, the article quotes her saying at one point, "It was just like going over to my grandparents; very solid, very relaxed." She also told the publication that, "I believe I have a purpose and that there is a reason [Trump and I] are together. It's a good love, it's not a harmful love. It's a really good, trusting love."

The couple got married in 1993 and announced their plans to divorce in 1997, according to Business Insider. When it came to changing her name after getting married, Maples told Vanity Fair: "That could become a bit of a point of argumentation. But, you know, I always promised my daddy I’d keep my name." Maples went on to tell the outlet that being an only child was the reason why she wanted to keep her original name. "I don’t know," she added though, "maybe Marla Maples Trump."

Time and again, Maples has been candid about avoiding attention from media. In December 2018, she told NBC's Today show about her decision to go to New York City to be with Tiffany. "I wanted to sort of get away from the spotlight a bit and have a chance to have a real good mommy-daughter time, where she could discover really who she is," Maples said on Today.

By starring in HBO's upcoming series, Righteous Gemstones, Maples may just have to bear and grin the inevitable public attention.

More like this
Paul Mescal, Man Of Mystery
By Samantha Leach and Heather Hazzan
The 'Reasonable Doubt' Cast Includes A 'Save The Last Dance' Reunion
By Grace Wehniainen
Devi Is Going To Meet A “Smoldering Bad Boy” In ‘Never Have I Ever’ Season 4
By Jack Irvin and Gabrielle Bondi
The 'Skins' Cast Shared The Reunion We’ve Been Waiting For
By Sophie McEvoy
Get Even More From Bustle — Sign Up For The Newsletter