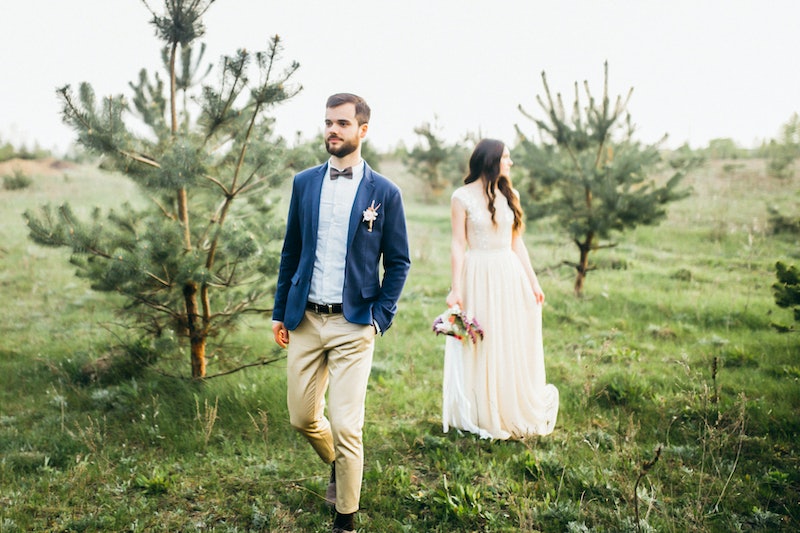 From the time we are young, marriage is idealized as the point of our lives that will truly make us happy. "Once upon a time" and "happily ever after" are the beginning and end of every great story we're told, with "The One" falling in the middle. But, what if marriage wasn't the end goal for everyone? What if it didn't lead to a healthier and happier life we were always told it would? Turns out, this may be a new reality. A new study was published earlier this month in the Social Science Quarterly suggests that marriage no longer leads to good health. The study compared the overall health of heterosexual married people born between 1955 and 1984. While older generations saw improved health, the effect continued to lessen as the age of participants went down.

Why marriage isn't leading to better health is not totally clear to the researchers. The results "may reflect demographic and cultural trends that have undermined the protective effects of marriage," study author Dmitry Tumin, a sociology researcher at the Ohio State University, hypothesized. Fewer Americans are getting married and, those who are, get married at a later age than before.

Women used to be in a place where they had minimal career options. In order to have financial security, their only choice was to get married. Now, women are much more independent, and the stigma against those who do not marry has decreased significantly (though it's still certainly there). Women are taking action to better manage their finances through moves such as moving back in with their parents for some time or finding roommates.

With it being common for both spouses to work, the responsibilities for both parties have increased. “Work-family conflict has increased in the closing decades of the 20th century, and spouses’ actual time spent together has decreased over this period. Against a backdrop of greater demands at home and at work, and less time spent together, today’s married couples may indeed experience marriage more as a source of conflict and stress than as a resource that safeguards their health," Tumin wrote.

While women's increased independence might have contributed to this, the fact of the matter is a woman should find a healthy state of living being on her own. This is in no way stating that marriages are failing or are bad — it simply means that marriage is one option that can be extremely healthy and successful, but it's certaintly not the end all be all.

"Women often report that, in addition to their family and work responsibilities, they still feel that they have greater responsibility for the emotional management of the relationship."

In fact, the stress may come from women feeling the weight of the relationship resting on them. "Women often report that, in addition to their family and work responsibilities, they still feel that they have greater responsibility for the emotional management of the relationship," LeslieBeth Wish, Ed. D, licensed psychotherapist, author of Smart Relationships and Founder of Lovevictory.com, tells Bustle. "And — not surprising — wealthier couples tend to have better health than lower income couples. Previous research on the health of married couples seemed to show that they experienced lower levels of the stress hormone cortisol, and less incidents of heart disease, diabetes, depression, and blood pressure. But new research of married couples showed that these findings applied to couples married 10 years or more. Perhaps if couples made it to 10 years, their happiness levels must be higher than short-term marriages."

So the next time you feel pressure from yourself or those around you to settle down, remember that it might not be the shiny solution we've been taught it always is anymore. Marriage is great for some people, and not right for others. Do what's best for you, not what society or anyone else thinks you should. And hey, if you turn it down, you might just be healthier for it.