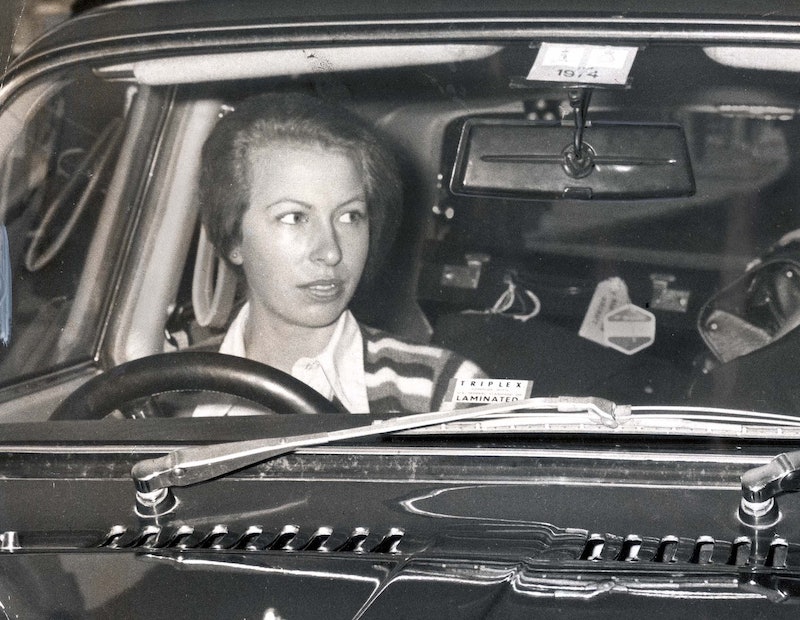 Some acts of courage go down in history. In 1974 Ronnie Russell, a former boxer, helped thwart the kidnap attempt on Princess Anne. He was later rewarded with a George Medal for bravery and a personal thanks from the Queen. Now this medal is being put up for auction.

Russell was regarded as a hero for his actions on March 20, 1974. As the Express reports, the kidnap attempt occurred when Princess Anne and her husband Captain Mark Phillips were making their way back to Buckingham Palace after attending a film premiere. Their car was stopped and Anne held at gunpoint by a man named Ian Ball, who planned to hold the royal to ransom at £2 million. Ball shot at the Princess' bodyguard and chauffeur, which forced the royal couple to barricade themselves in the car. As the gunman made attempts to abduct the young Princess, she reportedly responded "not bloody likely." A classic Anne move.

Meanwhile, Russell, a passerby, got involved, punching Ball in order to help the Princess to safety. Describing the events in his own words, he said: "It was very fast moving." He continued: "She was very, very together, telling him: 'Just go away and don't be such a silly man.' He stood there glaring at me with the gun and I hit him. I hit him as hard as I could and he was flat on the floor face down."

As a result of this, Ball was later sent to a psychiatric hospital by an Old Bailey judge, and Russell was awarded the prestigious George Medal for bravery, with the following message from the Queen: "The medal is from the Queen, but I want to thank you as Anne's mother."

Russell came to the decision to sell the medal after finding himself in poor health, and needing the money, the BBC reports, despite saying it was something he "would never, ever do." It is predicted that the medal could be bought for between £15,000 and £20,000, with Auctioneer Oliver Pepys explaining: "To be offering this peacetime medal, with such a cracking story, is a huge honour."