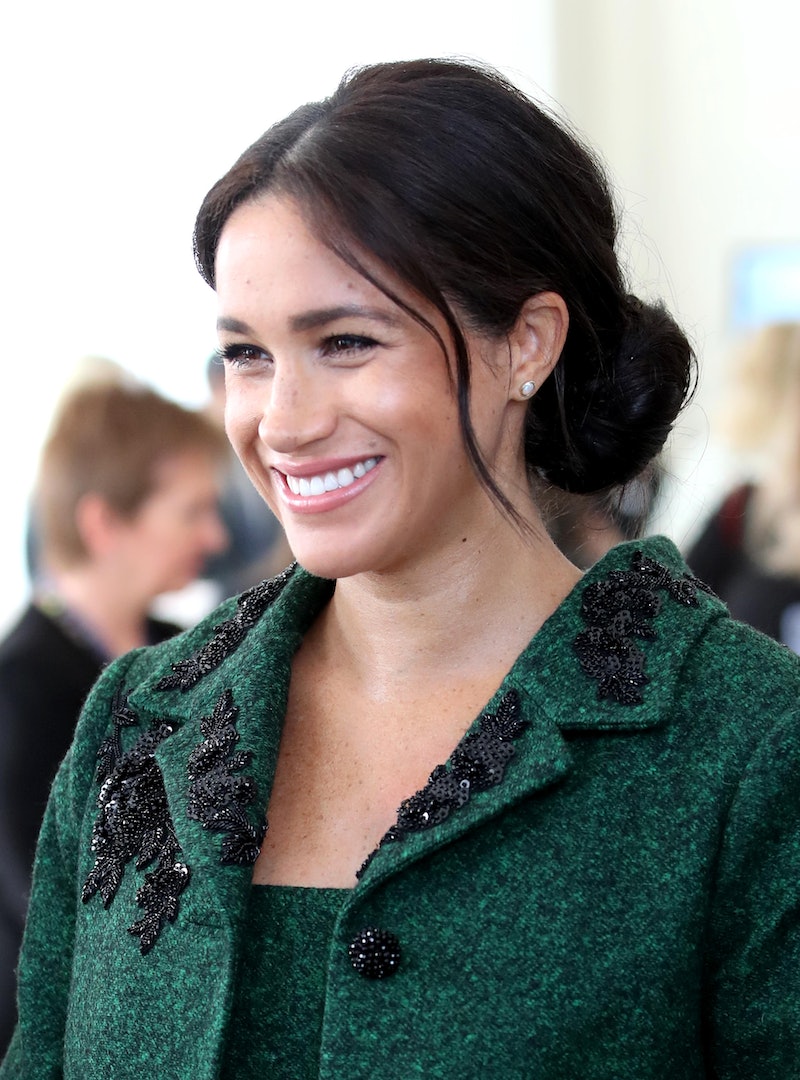 The week kicked off to an exciting start on Monday: Meghan Markle has gone into labor, according to People. Buckingham Palace confirmed the news to People with a statement that read:

"The Duchess went into labour in the early hours of this morning. The Duke of Sussex was by Her Royal Highnesses’ side. An announcement will be made soon."

UPDATE: Around 9:40 a.m. ET, Markle and Harry's official Instagram account shared the announcement that their baby boy was born early in the morning on Monday, May 6, weighing seven pounds and three ounces.

"The Duchess and baby are both healthy and well, and the couple thank members of the public for their shared excitement and support during this very special time in their lives," the announcement said, promising that more details would be shared "in the forthcoming days."

EARLIER: This news comes days after Prince Harry made headlines for postponing part of his upcoming trip to Amsterdam, with many believing that meant his and Markle's baby's arrival was imminent. Even close family friend Elton John recently told The Sun that the royal baby could arrive "any second now."

At the time of the trip postponement, Buckingham Palace released a statement that read, "Due to the logistical planning for the travelling press to cover visits and engagements by The Royal Family, we have taken the decision to postpone The Duke of Sussex's scheduled visit to Amsterdam on Wednesday 8th May 2019."

Although there has been some speculation that Markle's baby already arrived, the palace shut down those rumors last week when a Buckingham Palace representative informed CBS News that the baby "hasn't been born yet" on May 2. Obviously, things have definitely changed since then.

Shortly after the palace confirmed that Markle was in labor to People, they shared a similar update on the royal family's official website, as well as on Twitter.

Fans should expect the birth of Markle's baby — and the days after — to be a little different than from what has happened each time Kate Middleton has given birth. Earlier this year, Markle shared her birth plan in a statement through Buckingham Palace, and it won't include a post-birth appearance outside of the Lindo Wing for photos like Middleton has done. Instead, Markle and Harry will be taking a more private approach.

That means that after the birth of Markle's baby, there will be a small photo op at Windsor Castle, with one photographer, one reporter, and one TV camera, so that she and Harry can maintain the privacy they're seeking.

It's always an exciting time when a new royal baby makes their way into the world, and this time is no different. Now, all fans have to do is wait for Markle and Harry to share those first photos of their little one when they're ready. It definitely seems like it will be worth the wait.