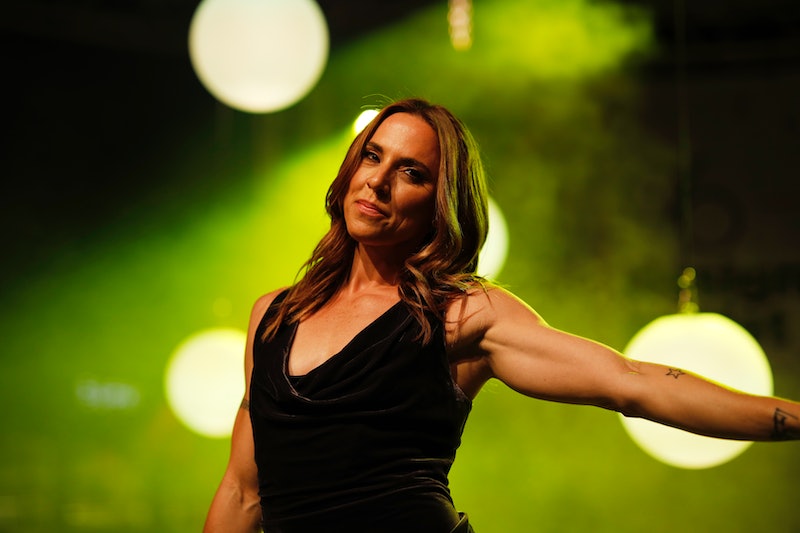 The music you love can say a lot about you. Memories, emotions, and other factors can tie you to certain songs forever, providing unique insight into your life and outlook. That’s what makes BBC Radio 4’s ‘Desert Island Discs’ segment so perfect, especially when it comes to getting a very personal look into some of our favourite celebs. This weekend (Feb. 23), Mel C became the latest castaway on ‘Desert Island Discs’, discussing her time with the Spice Girls and the pressures of fame.

Speaking to Lauren Laverne, host of the BBC Radio 4 show, Melanie Chisholm, more famously known as Mel C, spoke fondly of her childhood and how her creative ambitions led her that audition in 1994. “I was handed a flyer that said, ‘Are you 16 to 24, can you dance, sing, are you fun, blah blah blah,’ and it was for a girl band,” the singer recalled. “And I turned to my friend and said, ‘That’s it. That’s what I’m gonna do.’ And that went on to be the Spice Girls.”

After being chosen from 400 others, Mel C and the rest of the girls – performing alongside Geri Halliwell, Victoria Beckham, Melanie Brown and Emma Bunton – were put into a house together by their management to bond. The singer described it as a time full of fun, ambition and naivety, but that changed, she said , once the group was exposed to the pressures of being in the spotlight.

It wasn't all plain sailing, though. In 1996, before the girl group was officially launched, Mel C was almost removed from the band. “There was a little scuffle between myself and Victoria, and I was told if that behaviour ever happened again, I’d be out,” she recounts.

“I am putting this all together in my head now and I think that is where the start of a lot of my problems was,” she said. “What made it so devastating is how important it was to me. I began to be really, really hard on myself. I couldn’t allow myself to relax because if I did, then I might mess it all up.”

As the Spice Girls became more successful, that pressure mounted, in part due to the tabloids. Not only did they intrude on her personal life – including nearly outing her father about a half-sister she didn’t know about – but by making comments about her appearance and position in the band. “I tried to make myself perfect, whatever I deemed perfect to be, and I ended up making myself really ill,” she said. “I was anorexic for a few years, I was exercising obsessively and I ended up being incredibly depressed.”

Her fear of being criticised by the media resulted in her anorexia transforming into a binge-eating disorder. She was diagnosed with depression after seeing help from her GP. “It was such a weight lifted off my shoulders,” she said, tearing up. “It was such a relief because I thought, ‘Oh my God, there’s a name for it, and I can be helped.’ So that was kind of the beginning of my road to recovery, which took a really long time.”

Among Mel C's chosen tracks were tunes by Billie Eilish, Stevie Wonder and Blur. Her chosen book? Dusty Springfield's biography, Dancing with Demons. But one of her biggest regrets in life? Not keeping up with her guitar lessons. "So I think I'll have plenty of time on this island, so I'm going to master my guitar skills."