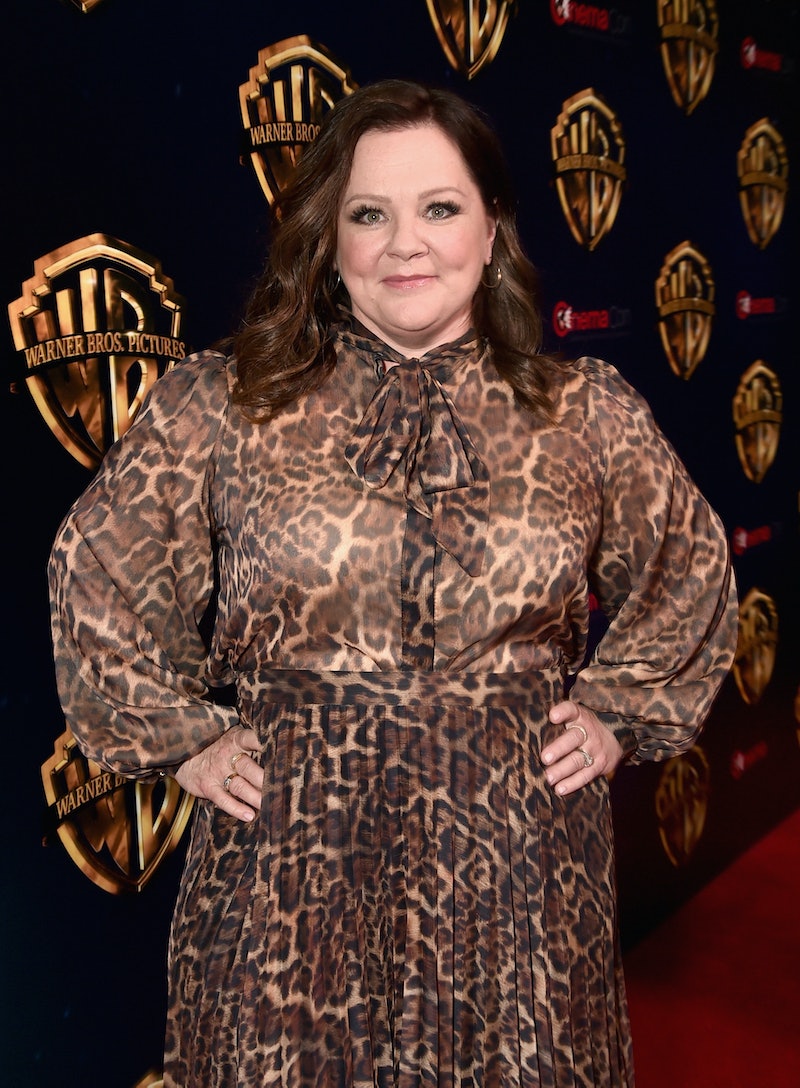 Is there anything this star can't do? On Sunday, NBC revealed that Melissa McCarthy is returning to TV when she replaces Steve Harvey as the host of Little Big Shots, according to Deadline. The series will mark an unexpected return to television for McCarthy, and it will be the actor's first time hosting a reality competition. Little Big Shots premiered in March 2016, and was co-created by Harvey and Ellen DeGeneres. The series gives kids from all over the world the opportunity to perform various talents, from singing to martial arts, in a variety show format. In addition to providing talent for the series, McCarthy will help usher in new format changes for the competition as well.

McCarthy will take over the series next year, since Little Big Shots is scheduled to return to NBC on Sunday nights in early 2020, per The Hollywood Reporter. Harvey hosted the first three seasons of the show, but he will not return for the upcoming run of the show amid a reported dispute regarding the cancellation of Steve, his daytime talk show, as reported by People. On Sunday, NBC's co-chairmen Paul Telegdy told reporters the network hopes McCarthy will bring new energy to the series, according to Variety. "Melissa's just an incredible performer and incredible comedian," he said. "She will bring a completely fresh perspective to it."

Little Big Shots was a big hit in its first season, though viewership dipped somewhat in recent years. Even so, it remains a popular series for NBC with 7.2 million weekly viewers, including delayed viewing of the series. McCarthy's decision to join the series will likely be a draw for viewers, and could potentially bring new life to the show and boost audience numbers.

McCarthy is having a major couple of years for her career, but she's tackled plenty of television roles before this hosting gig. She starred in Gilmore Girls for seven seasons before headlining Mike & Molly on CBS for four seasons until it wrapped in 2016. More recently, she appeared in Nobodies, which premiered on TV Land in 2017. These days the star is largely known for her film roles in popular comedies including Bridesmaids, Spy, Life of the Party, and Ghostbusters.

The actor has also tackled several serious film roles as of late as well. In February, McCarthy received a Best Actress nomination at the Oscars for her role in Can You Ever Forgive Me?, a major career milestone for the star, as per W Magazine. Little Big Shots will bring the star back to television, but the hosting role will be a bit of a departure from her iconic TV characters. Given her recent success, McCarthy's decision to join the show is a major win for the network.

In addition to acting as host, McCarthy will be able to bring her own ideas and creativity to the show, which will be exciting to watch for fans. The prolific actor and comedian has taken on many hilarious TV and movie roles in the past, and acting as a host for a major television competition seems like a fun next step for her career.