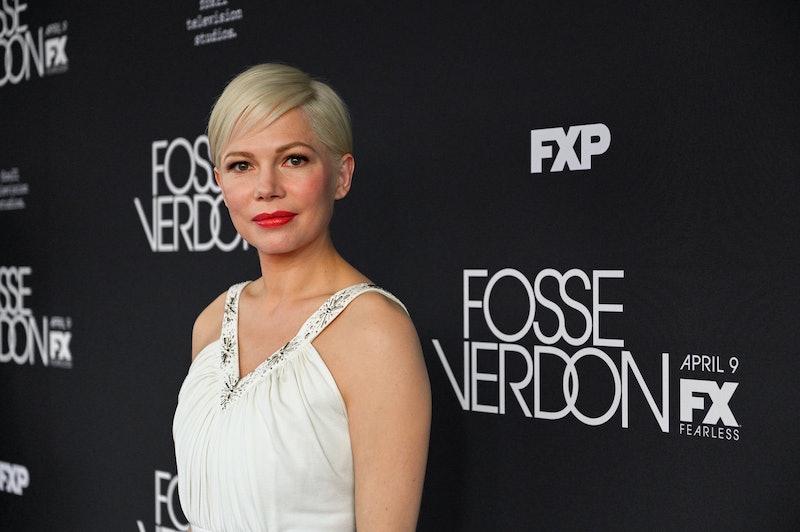 After accepting the award for Outstanding Lead Actress in a Limited Series or Movie for her role as Gwen Verdon in Fosse/Verdon, Michelle Williams used her 2019 Emmys speech to address the gender pay gap head-on. She thanked her cast and crew briefly, then turned her attention to FX, saying that being able to ask for and receive the pay she felt that her work deserved was a testament to what happens when Hollywood truly values and supports women. This was especially significant, as Verdon — a legendary Broadway dancer — was under-appreciated in her time, particularly against the looming influence of her husband, filmmaker and choreographer Bob Fosse. Williams getting credit for bringing her story to life decades later felt like some small bit of justice.

"I see this as an acknowledgement of what is possible when a woman is trusted to discern her own needs, feel safe enough to voice them, and respected enough that they'll be heard," Williams began. "When I asked for more dance lessons, I heard yes. Voice lessons, yes. A different wig, a pair of fake teeth not made out of rubber, yes. And all of these things, they require effort and they cost more money. But my bosses never presumed to know better than I did about what I needed to do my job and honor Gwen Verdon."

Williams continued, explaining what a difference equal pay makes not only to the actors, but to the work itself.

"I want to say thank you so much to FX and to Fox 21 studios for paying me equally, because they understood that when you put value into a person, it empowers that person to get in touch with their own inherent value. And where do they put that value? They put it into their work," she said. "So the next time a woman, and especially a woman of color ... tells you what she needs in order to her job, listen to her. Believe her. Because one day she might stand in front of you and say thank you for allowing her to succeed because of her workplace environment, and not in spite of it."

This comes almost two years after it was revealed that Mark Wahlberg was paid $1.5 million for reshooting his scenes in All the Money in the World, while Williams was paid only $1000 for hers — less than 1% than her male costar. (Wahlberg ended up donating his reshoot salary to Time's Up).

Williams was not told about the disparity, and while speaking on Capitol Hill in support of the Paycheck Fairness Act in April, she said she felt "paralyzed in feelings of futility" upon learning the news. Since then, however, numerous women in Hollywood have rallied around her and continued to speak up about the pay gap. And during her Capitol Hill speech, Williams said she's begun to feel a shift in the industry.

"Rather than being grasped too tightly and hugged for too long as a morning greeting, my hand was shaken and I was looked squarely in the eye and I was welcomed to my Monday morning," she said. "I realized this is what it actually feels like to be on the inside, to be one of the boys. In this space, respect and safety are out in the open. They are not just found in the shadows and the corners."

Now, Williams is returning the favor by using her platform to speak up for other women still not getting fair pay.

More like this
Michelle Williams Laughs Often About Motherhood Thanks To 'The Fabelmans'
By Marina Watts
The First Trailer For 'That '90s Show' Includes So Many Nods To The Original Series
By Jack Irvin, Alyssa Lapid and Grace Wehniainen
Elizabeth Debicki On Her Approach To The Most Debated Scene From 'The Crown'
By Grace Wehniainen
Matt Smith Proves He's Daddy Daemon In This Viral 'House Of The Dragon' Video
By Marina Watts
Get Even More From Bustle — Sign Up For The Newsletter