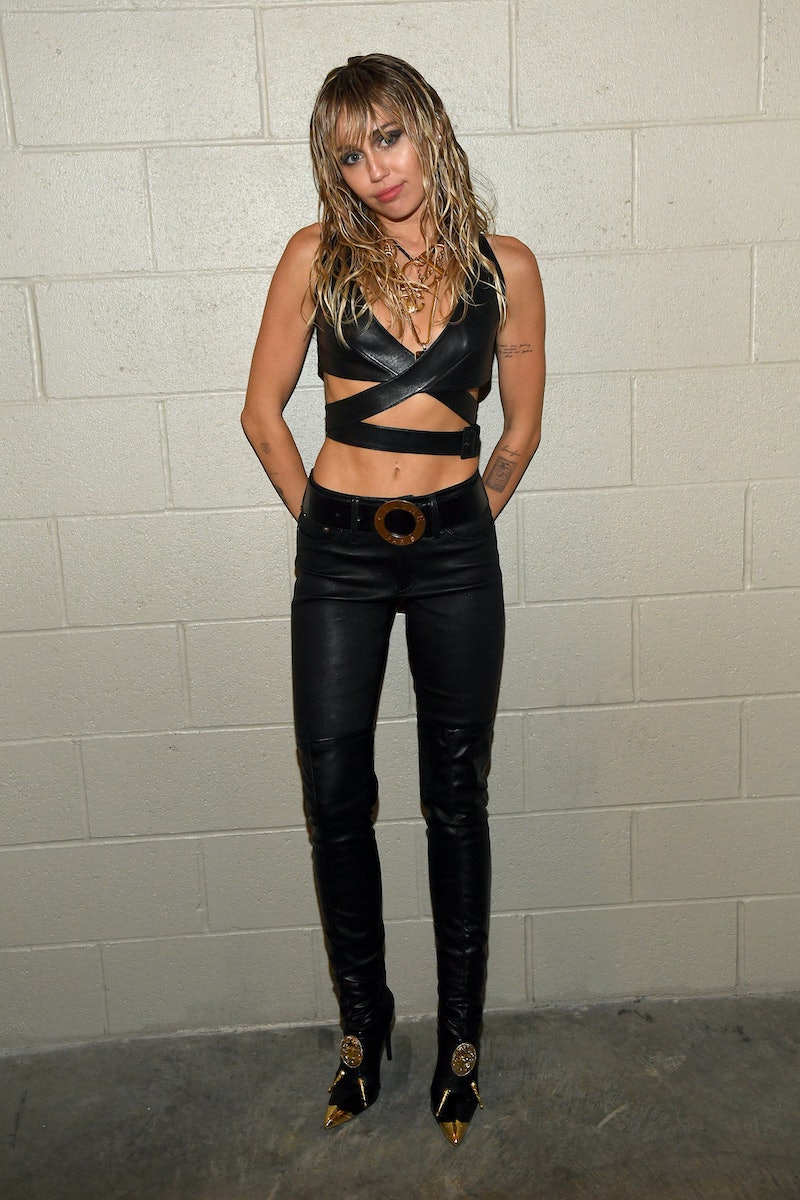 Miley Cyrus has a lot of tattoos — that's a known fact, especially for her fans. From tiny avocados to her birth year on her neck, the singer's collection is impressive, and it's growing. Over the weekend, Miley Cyrus' "Freedom" tattoo made its Instagram debut, but it's not the only tattoo that the singer got.

According to Harper's Bazaar, Cyrus added not one, but two new pieces of body art over the first weekend in December, but the ink that has the internet in a tizzy is tattooed on top of her hand. In an Instagram photo posted by tattoo artist Daniel Stone, Cyrus' fist is seen balled up and extended with the word "Freedom" written in delicate cursive just behind her knuckles.

The piece is a single needle design according to Stone's hashtags, a technique meant to create the sharpest, most precise lines. Other than that, not much is known about the latest addition to Cyrus' etchings. However, the new tattoo comes just four months after the "Wrecking Ball" singer and actor Liam Hemsworth announced their decision to divorce. Hemsworth filed for divorce from Cyrus back in August, but given that Cyrus hasn't revealed the tattoo or spoken about the meaning herself, any connection to Hemsworth and their relationship is just supposition.

The "Freedom" tattoo also wasn't the only piece of ink Cyrus got over the weekend. She added another bit of script on her shoulder. The artwork reads, "I'm proud of U, Yoko," and is from a note written to Cyrus from Yoko Ono. It's even in Ono's handwriting.

The two new pieces aren't the only ones that Cyrus has gotten post-divorce. Just a week ago, the singer and current boyfriend Cody Simpson got tattooed together. Cyrus added a skeleton wearing a crown to her bicep.

That's not even the first time they've shared the experience. Back in October, the pair got tattoos together, Cyrus with a heart pierced by a dagger on the back of her arm and Simpson with a skull and scythe on his chest.

Not all of Cyrus' new tattoos since her split from Hemsworth have been done with a partner, either. In August, shortly after she and Hemsworth announced their split, she debuted two tattoos before performing at the VMAs. The first is the year 1961 inked onto Cyrus' hand. According to Allure, the tattoo is likely in honor of her father Billy Ray Cyrus who was born that year.

The second tattoo consists of four lines of song lyrics from '90s band The Pixies that reads, "my head was feeling scared, but my heart was feeling free." Similar to her most current addition, the timing and potential message of the tattoo was prime for questions as to whether or not it related to Hemsworth.

While speculation may rage regarding what Miley Cyrus' "Freedom" tattoo may actually be about, there's also plenty of precedent for her getting ink just because she damn well pleases.