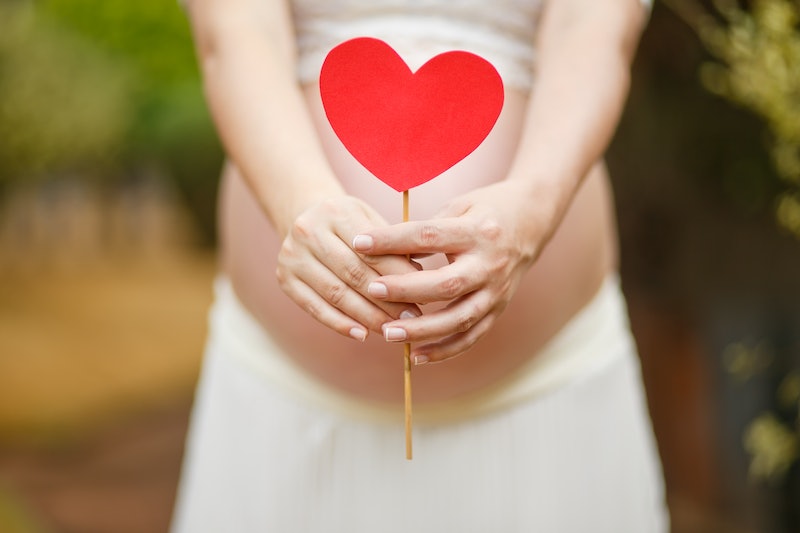 Each year, thousands of women turn to egg freezing to increase their chances of getting pregnant when they actually have the time and inclination to raise a child. But being the most well-known fertility procedure doesn't mean it's the only one out there. Enter ovarian tissue freezing, a procedure that freezes ovarian tissue (as opposed to the eggs themselves) to help women get pregnant later in life. Although it's considered an experimental procedure, there's an increasing pile of evidence that it's a viable alternative for women who can't freeze their eggs, and it might even restore hormonal function.

In a study published in Reproductive Sciences, two researchers, one of whom actually performed the first ovarian tissue freezing procedure back in 1999, looked at data gathered between 1999 and 2016. According to their analysis, it's an effective treatment with the potential to reverse menopause. Out of 309 procedures performed, 84 women gave birth, and eight pregnancies lasted beyond the first trimester. This means about four in ten women were able to have children thanks to the procedure.

These aren't incredible odds, but they're actually comparable to or better than the murky success rate for egg freezing. Statistics about the latter are surprisingly hard to come by, but in 2015, TIME reported that about 24 percent of egg-thaw cycles in recent years resulted in a live birth.

But wait! There's more. The study also found that ovarian tissue freezing "restored reproductive functions and reversed menopause" in 64 percent of women. In other words, these women resumed menstruation or ovarian follicular growth, or they wound up naturally fertile again. About one-third of patients required in vitro fertilization (IVF) to get pregnant, but two-thirds were able to conceive on their own.

Naturally, the study's authors were pleased with the results. "Given these recent data, ovarian tissue cryopreservation should be considered as a viable option for fertility preservation," they wrote. In a statement, Dr. Kutluk Oktay said the procedure is "superior to egg freezing" thanks to its ability to resume hormonal function, and it's safe to say that anyone who has experienced a hot flash would probably agree.

On the other hand, research about the effectiveness of fertility treatments is still thin on the ground. Success rates depend on the woman's age when she freezes her eggs in the first place and her age when she starts trying to conceive, so they can be difficult to calculate. Furthermore, when the American Society of Reproductive Medicine declared in 2012 that egg freezing was no longer experimental, it was careful not to endorse the procedure as a guaranteed "insurance policy" against the future. More recently, some fertility experts have expressed concerns about how accurately the industry markets its services.

Whether women are freezing their eggs or ovarian tissue, there simply needs to be more research about fertility treatments, so patients can make informed decisions. In the meantime, here's your daily reminder that the ever-ticking biological clock doesn't actually exist, despite what certain family members imply on every major holiday. If you want to wait to have children, you have plenty of time — and more than a few options.