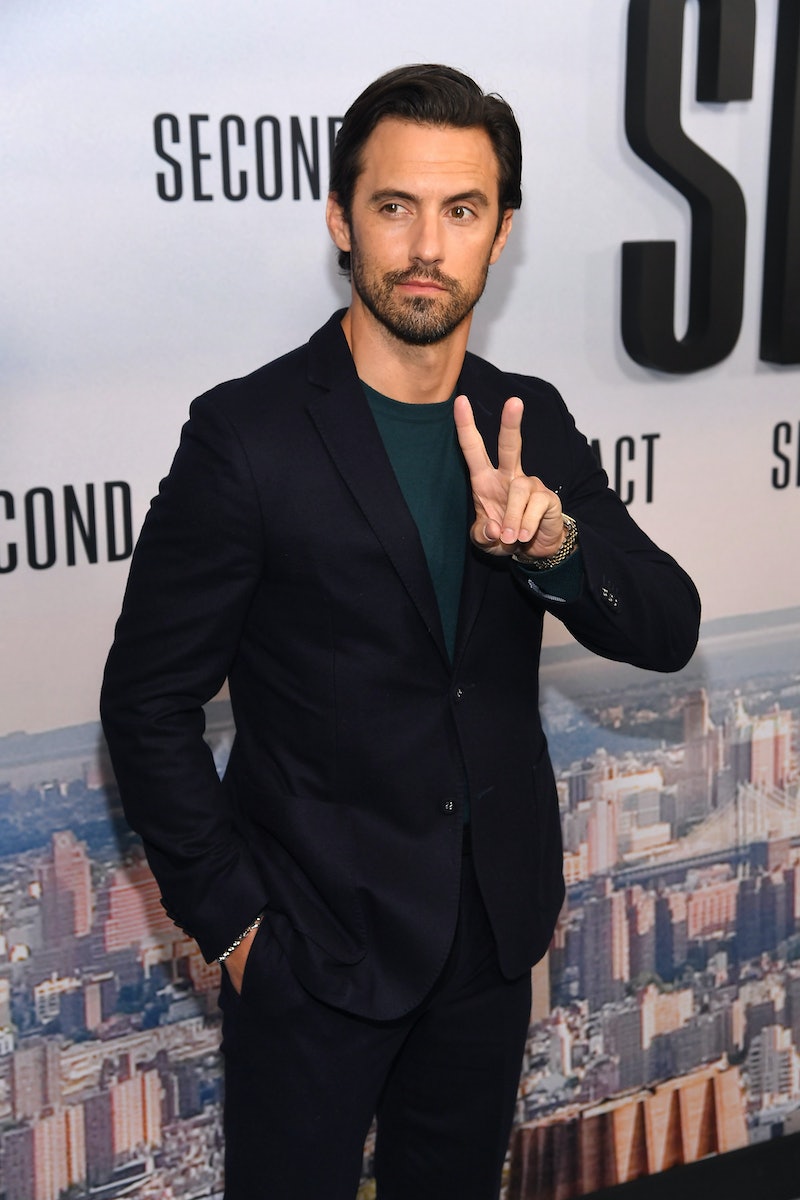 Spoilers for Second Act will follow. There’s something a bit unexpected in this holiday season’s big-screen rom-com. Despite the presence of America’s favorite dad and bona fide leading man, Milo Ventimiglia in Second Act, his character’s romance with Jennifer Lopez’s Maya is not actually the central relationship of the film. Instead, it’s a butterflies-inducing subplot in a story that’s actually about the unbreakable bond between a mother and her daughter. And Ventimiglia, for his part, is more than happy to let his scenes take the backseat to the story that unfolds between Maya and the daughter she gave up for adoption, Zoe (Vanessa Hudgens). In fact, he’s game to change the whole rom-com genre to be more like this particular flick.

“I feel like the term 'rom-com' is something that people know they can identify, because it's a lighthearted fun movie that's going to have some romance in it, but I don't know, maybe we rebrand,” he says with a laugh. “We rebrand the concept, you know, call it a 'love-com' because love isn't only about romantic love, it's about family bonds and friendship bonds and, and all that. Maybe we just kinda change the formula, change the format.”

Of course one thing that hasn’t changed — as many of Ventimiglia’s longtime fans will likely pick up on by the time the credits roll on Second Act — is that the actor is once again playing the love interest in a story that’s centered on a charming, funny, instantly lovable mother-daughter pair. You know, much like he did in a little town called Stars Hollow, in which he romanced a young woman whose claim to fame in said little town was her unconventional bond with her mother. There it is, ladies and gents, Second Act’s Gilmore Girls connection.

And after briefly (and lightly) razzing me for ferreting out the one possible connection between the new film and the beloved WB series (his romance with Lopez’s Maya is far too mature, open, and honest to find any true Jess Mariano link in it, sorry not sorry), Ventimiglia admits that it’s actually pretty neat that his Gilmore past continues to follow him. “I've had a very nice career and I'm very grateful that people have fallen in love with a lot of characters that I've played and continue to talk about them even decades later,” he says.

What’s even neater, for the actor, however, is that he keeps finding himself participating in stories about family connections in which millions of viewers find genuine meaning. (Case in point: He was filming this heartfelt holiday rom-com in New York just days after filming the most emotional episode ever of his beloved family drama, This Is Us, in L.A.) For the actor, being associated with Jess is nice, but being known for telling stories about family is even nicer, because they reflect how he feels about his own kin.

“I have two amazing older sisters and I've seen them go through a lot of life, both the hard and the rewarding. And I also have an amazing mom who, with my dad, raised three kids and a very, very beautiful manner to where we all have, what I would say are, pretty successful lives. And I'm not talking money-successful, I'm talking happiness-successful,” he says, his trademark sincerity ringing through. “I don't know how these projects are attracting me or attracted to me. I'm not going to question it. I'm just grateful to be there.”

And despite the fact that Second Act, which follows Lopez’ character achieving her career goals without a fancy college degree at age 40 (and reconnecting with her long-lost daughter), doesn’t put Ventimiglia at the very center of its story, I’m fairly certain his fans will be grateful he’s there, too.

More like this
At 28, Rosie Perez Risked Her Career To Stop Playing Stereotypes
By Gabrielle Bondi
'That '90s Show' Star Callie Haverda Got Advice From Mila Kunis & Ashton Kutcher
By Brad Witter
Pamela Anderson’s Dating & Marriage History Could Be Its Own TV Series
By Jake Viswanath
Keke Palmer Shares The Sex Of Her & Darius Jackson's Baby
By Jake Viswanath
Get Even More From Bustle — Sign Up For The Newsletter
From hair trends to relationship advice, our daily newsletter has everything you need to sound like a person who’s on TikTok, even if you aren’t.