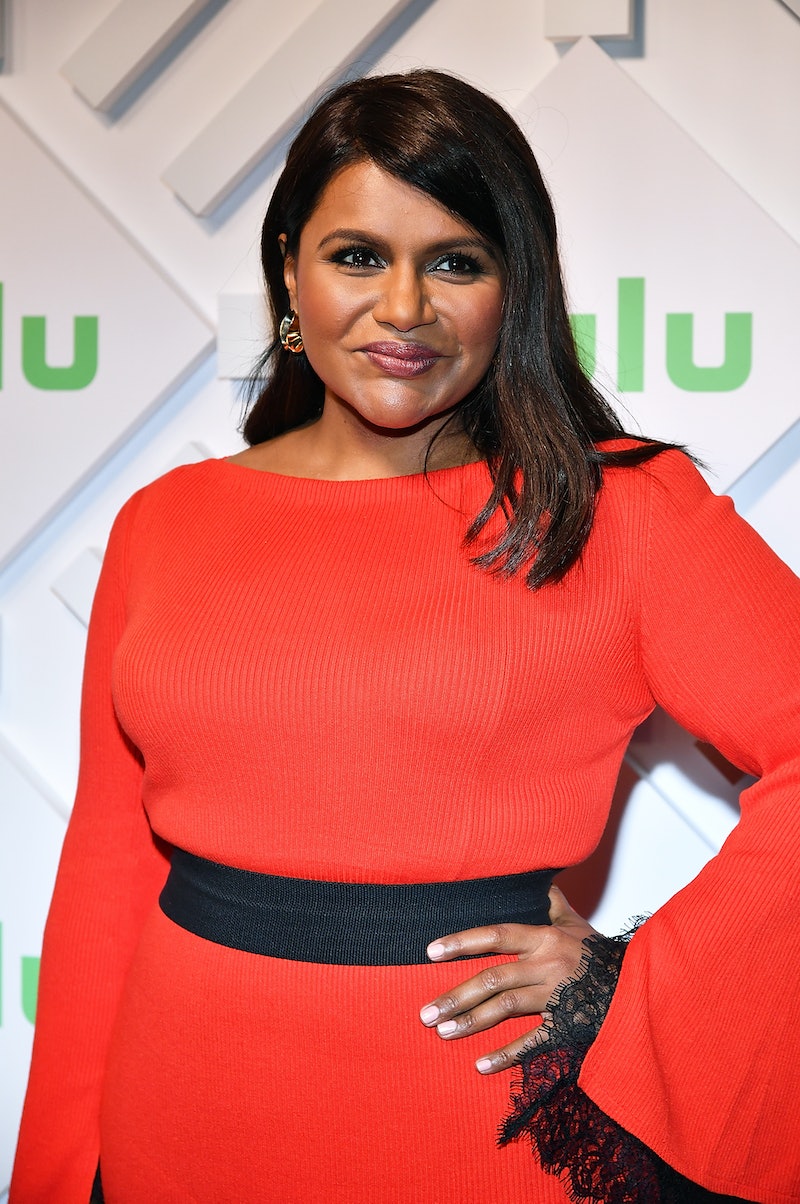 Some of the best art imitates life, which seems to be the case for Mindy Kaling's upcoming movie Late Night. Coming out June 7 and co-starring Emma Thompson, the film will explore the relationship between Katherine Newbury (Thompson), a long-running late night host whose job is being threatened and Molly Patel (Kaling), the first woman on her writing staff.

Apparently, the subject matter was close to home for Kaling. After a recent screening of the movie, she opened up to The Hollywood Reporter about her source of inspiration. It sounds super relatable no matter if you're starting at your first job, or at the top of the corporate ladder.

"I felt like I needed to write it because I was in this unique position where I completely identified with both of the female leads. I vividly remember my experience coming up in the industry with no connections, not having gone to Harvard, being the only diverse person in the room. But I also — even more vividly because I was living it when I wrote this — remember what it's like to be in a power position where you're the showrunner and the star of something. You're impatient. You're a little complacent, and you're just kind of a demanding boss that worries a little bit that you've lost touch with people."

Kaling was able to utilize both her beginning days as a writer and actor on The Office, as well as her time as the star and creator on The Mindy Project while she was writing the roles of Katherine and Molly. But Kaling admitted to THR that there are some key differences between Kaling and her character, mostly due to Molly's inexperience in the movie. "She’s a lot more naive than I am," Kaling revealed. "She has a lot of characteristics that are younger than me. She has a lot more of like what I would describe as more millennial personality traits and I'm like old as hell. I'm 39. But I felt like I work with so many young women that I've noted observations about them and the way they work so it isn't really based on the way I am in a writers' room."

Kaling is also committed to representing women's experiences in several projects she's currently working on. She called for Desi actresses to audition for various roles in her teen comedy series for Netflix. On April 30, she posted an update on the casting process to Twitter, revealing just how many people submitted tapes for the show. "To all the wonderful young women who sent in audition tapes for our new @netflix show, THANK YOU and please be patient," she wrote. "Over 15,000 (!) people responded by email and our casting directors are going through each and every inquiry. Excited & grateful to see your faces."

Kaling's miniseries based on Four Weddings and a Funeral premieres July 31 on Hulu, making her busier than ever before, which feels very on-brand. The multi-hyphenate star's trajectory from writing on The Office to becoming a full-on media mogul is so inspiring.