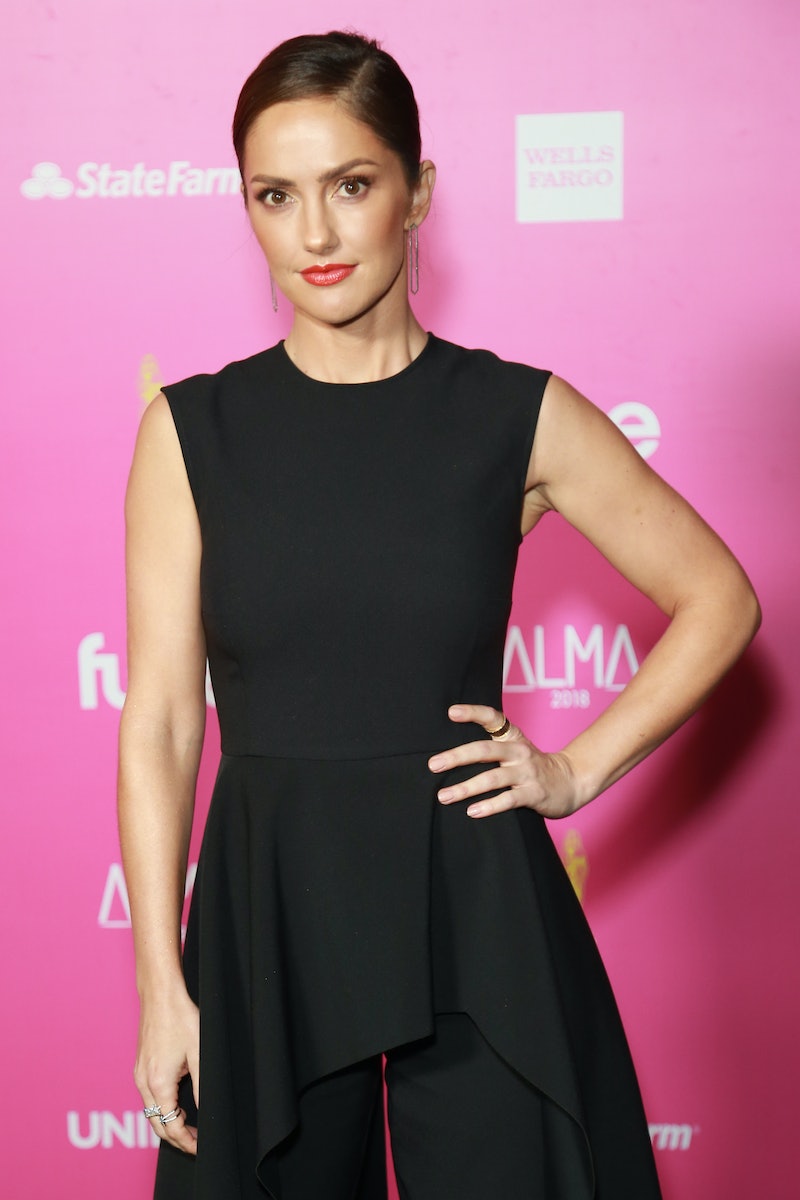 After Gov. Kay Ivey officially signed Alabama's anti-abortion legislature into law on Wednesday, Minka Kelly commented on Alabama's abortion ban in an extremely personal way. The former Friday Night Lights star shared a lengthy Instagram on Thursday, in which she opened up about an abortion she had when she was younger. For Kelly, Alabama's abortion ban (the strictest in the nation to date) is not only wrong, but it's doing a disservice to both women and children.

Next to a photo of the 25 Alabama state senators who voted in favor of the bill (the final vote was 25-6) on May 14, Kelly bravely discussed her own experience. For those who haven't heard the news, most abortions in the state of Alabama are now considered illegal, except when a mother's life is at serious risk. Also, rape and cases of incest are not considered exceptions. If that isn't infuriating enough, doctors who perform an abortion could not only be charged with felonies, but also face up to 99 years in prison. All of this has Kelly fired up, as she wrote,

"When I was younger I had an abortion. It was the smartest decision I could’ve made, not only for myself & my boyfriend at the time, but also for this unborn fetus. For a baby to’ve been born to two people — too young and completely ill equipped — with no means or help from family, would have resulted in a child born into an unnecessary world of struggle. Having a baby at that time would have only perpetuated the cycle of poverty, chaos and dysfunction I was born into."

The 38-year-old actor went onto explain why forcing a woman to have a baby can actually do more harm than good for both the mother and the child, especially when that woman "isn’t ready, isn’t financially stable, was raped, [or] a victim of incest (!!)." Furthermore, simply making abortion illegal doesn't mean it will stop women from attempting it. Kelly also made several good points about why abortion shouldn't be outlawed. As she explained,

"What do you think happens to these kids who end up bouncing around in foster care, live on government assistance because the mother has no help, can’t afford childcare while she works a minimum wage job, and is trapped in a cycle of trying to survive on the meager government assistance so many of you same pro-lifers are determined to also take away. If you insist on forcing women to carry to term, why do you refuse to talk about comprehensive sex-ed, the maternal mortality rate, free daycare, paid maternity leave?"

Kelly didn't stop there, but also wondered how men would feel if the roles were reversed. "By looking at the photo of all the men who are making this mess, I find it hard to believe that if it were the autonomy of a man's body, health and life in question, I can't help but be certain we wouldn’t be having this conversation in the first place."

She also went onto thank the men who are supporting women during this difficult time, because as she put it, "women do not get pregnant alone."

Kelly isn't the only celebrity speaking out against Alabama's ban, in addition to both Georgia and Missouri's anti-abortion legislature. On May 15, Busy Philipps, who also discussed her own abortion publicly, wrote on Instagram,

"There is an attack on women happening in this country right now. I won't be silent and I have no shame about my personal choice. I am 1 in 4. #youknowme I know there is power in sharing our stories. I know it. There is also power in following and donating to some of the organizations doing work to try to stop these draconian laws from going into effect."

The hashtag, #youknowme, was kicked off by Philipps when she first came forward about her abortion during an episode of her late-night talk show, Busy Tonight.

There are many people, like Kelly and Philipps, who are going to do everything in their power to ensure Roe v. Wade remains intact and that women's reproductive rights aren't controlled by the government. FYI: Anyone can lend a helping hand in this fight for women's rights. We need it now more than ever.

More like this
Britney Spears Shares Unknown Details Of Conservatorship In New Voice Notes
By El Hunt
15 Offensive AF Jokes In 'Friends' That Really Aren't OK
By Tolly Wright, Bustle Editors and Meguire Hennes
Alec & Hilaria Baldwin Gave Their 7th Child Another Version Of The Name Hillary
By Stephanie Topacio Long
Twitter Is Freaking Out Over Rihanna’s 2023 Super Bowl Halftime Show Announcement
By Stephanie Topacio Long
Get Even More From Bustle — Sign Up For The Newsletter