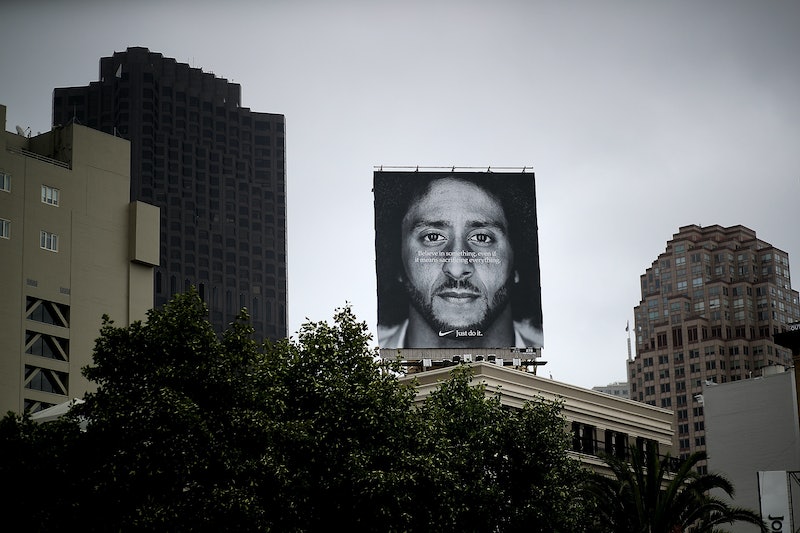 Before Nike unveiled its new ad campaign featuring former NFL player and activist Colin Kaepernick, the company must have done a lot of research about the potential results of highlighting such a polarizing figure. On Friday, Mississippi law enforcement announced it would boycott Nike products because of the Kaepernick ads.

The Mississippi Department of Public Safety, with the support of the state's governor, announced that it would no longer be using any Nike products, Mississippi Today reported.

“As commissioner of the Department of Public Safety, I will not support vendors who do not support law enforcement and the military," Commissioner Marshall Fisher told Mississippi Today.

“I support the commissioner’s decision,” Mississippi Gov. Phil Bryant told the paper. “He has a right to determine what vendors DPS does business with, and it’s not going to be with a company that pays an individual who has slandered our fine men and women in law enforcement.”

It's actually controversial to say that Kaepernick "slandered" law enforcement officials. In 2016, when he started kneeling for the anthem, Kaepernick explained his protest to NFL.com.

"I am not going to stand up to show pride in a flag for a country that oppresses black people and people of color," Kaepernick told NFL Media after he kneeled during the anthem before a game. "To me, this is bigger than football and it would be selfish on my part to look the other way. There are bodies in the street and people getting paid leave and getting away with murder."

People of color are fatally shot by police in America at rates that well outstrip the proportion of the population that they make up, according to research from Mapping Police Violence, but it's very rare that officers who kill people while on duty ever suffer serious consequences for it. Most experts and activists agree that Kaepernick is thus not exaggerating when he describes police shootings of black people as "oppression." Slander, however, is the crime of making an untrue statement with the purpose of defamation — which Kaepernick cannot be proven to have committed.

Nonetheless, Mississippi went forward with its decision, prompting a negative reaction from Mississippi Sen. John Horhn, who is black.

“The governor had been spending too much time with the president,” Horhn said, according to Mississippi Today. “What is more American than engaging in peaceful protest asking for equal protection under the law?”

The Mississippi Department of Public Safety isn't the only entity to announce such a boycott. The mayor of Kenner, Louisiana, instituted a ban on the city's recreational departments purchasing any Nike products after the ad had been released, but he soon lifted the ban because of protesting, Newsweek wrote. College of the Ozarks, a school in Missouri, also announced that its athletic department would no longer use Nike products. These boycotts — and the instances of people destroying Nike products they had already bought and then posting the results on Twitter — are certainly outliers, though. After all, according to CBS News, Nike's stock prices have never been higher.