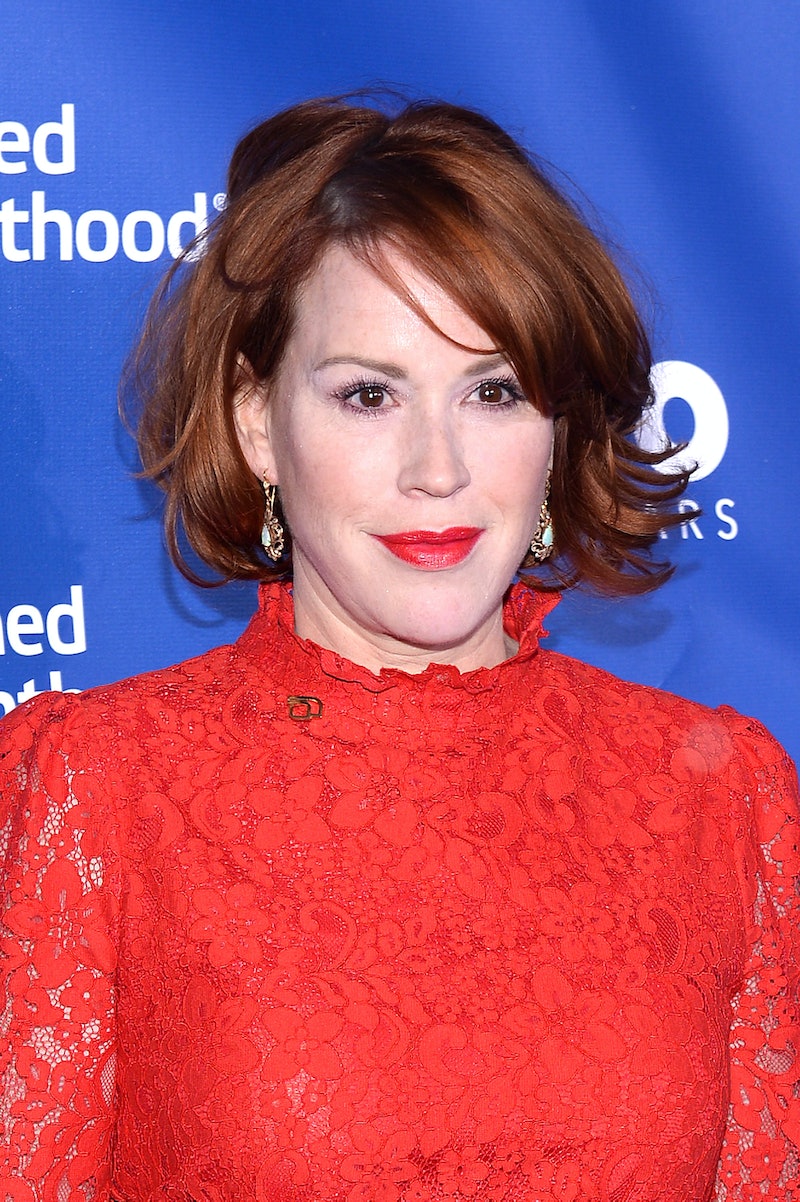 As the media continues to flood with details of sexual assault within the film industry, Molly Ringwald recounts horrifying casting couch stories that suggest Harvey Weinstein isn't alone in his alleged abuse of power. Although Ringwald revealed in a recent New Yorker piece that she had never personally been sexually victimized by the disgraced film producer, she explained that such stories are certainly a commonplace factor within the film industry.

It's a narrative that seems to be all too familiar, particularly for those like Ringwald who have been victimized time and time again, and are left feeling hopeless and helpless against the power and dominance of their assaulters. In an essay for The New Yorker, she penned:

"We all seem to have a Harvey story, each one a little different but with essentially the same nauseating pattern and theme. Women were bullied, cajoled, manipulated, and worse, and then punished."

Ringwald's comments reveal that there's definitely a much larger issue when it comes to the misogynistic and predatory practices against women in the entertainment industry. As it stands, Weinstein and presumably others, have managed to get away with this type of behavior that systematically manipulates and oppresses women. Although Ringwald was not abused by Weinstein in particular, she did not escape being violated by others throughout her 40 year career.

The entire testimony of abuse detailed in her essay is certainly shocking, to say the least. However, Ringwald's story would become increasingly more perverse amidst the revelation that one of the disturbing encounters occurred when the actor was merely a 13-year-old child. Ringwald explained:

"When I was thirteen, a fifty-year-old crew member told me that he would teach me to dance, and then proceeded to push against me with an erection. When I was fourteen, a married film director stuck his tongue in my mouth on set. At a time when I was trying to figure out what it meant to become a sexually viable young woman, at every turn some older guy tried to help speed up the process."

It's definitely unfathomable how events like these went on for so many years, especially when it comes to the shielding a young child from such a harrowing and life changing event. In reading the events of Ringwald's time in the industry, it's plain to see that sexual assault isn't the only type of exploitation that women face in the workplace. The now 49-year-old actor went on to discuss the varying methods of abuse that she was subjected to during her early years in the industry.

Revealing another moment of emotional distress, Ringwald would go on to recount a humiliating situation that she once faced during an audition where she was forced to allow the male lead actor to place a dog collar around her neck. She explained:

"In my twenties, I was blindsided during an audition when I was asked by the director, in a somewhat rhetorical manner, to let the lead actor put a dog collar around my neck. This was not remotely in the pages I had studied; I could not even fathom how it made sense in the story."

Molly Ringwald's tale is sadly not unheard of for women in many careers. With men in various industries across the board continuing to get away with behavior such as this, it's certainly unfortunate that it has taken this long to shed light on a conversation as important as this. With the knowledge, power, and resources that we now have, it is of the utmost importance that we stand up for change so that women will not have to endure anymore of this type of abuse.

More like this
13 Photos Of The 'Blonde' Cast Vs. Marilyn Monroe & Other IRL Counterparts
By Marina Watts
The 50 Most Powerful Characters In The Marvel Universe, Ranked
By Johnny Brayson and Nola Pfau
Lin-Manuel Miranda & Tituss Burgess React To 'Little Mermaid' Casting Backlash
By Radhika Menon
Gabby Petito’s Family Responded To The New Lifetime Movie About Her Final Days
By Grace Wehniainen
Get Even More From Bustle — Sign Up For The Newsletter