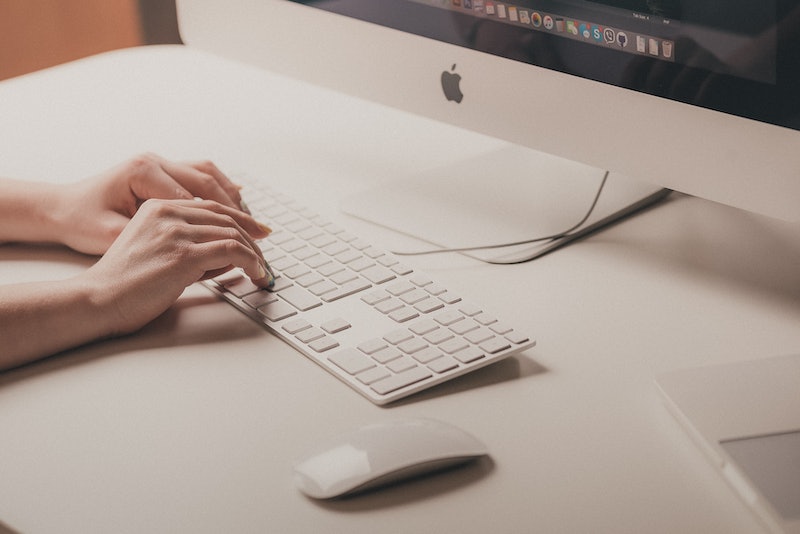 Women may have been the first computer programmers, but as it's become a more prestigious occupation, they have been steadily pushed out of the field. Although women in STEM are hard to come by in general, the gender gap is wider in certain fields, including computer science. Despite rapid growth in the industry, the number of women holding computing jobs has actually decreased in the last 30 years. It's depressing stuff, but things are looking up. In 2017, more girls took the AP Computer Science test in 2017 than ever before.

According to the nonprofit Code.org, which aims to improve access to computer science for women and minorities, only 2,600 girls took the AP test in 2007. This year, however, that number skyrocketed to 29,000, an increase of 135 percent since 2016. In other words, the number of girls taking the AP test more than doubled. But that's not the only good news — minorities have also increased their participation by almost 170 percent in the last year. The leap in participation is probably the result of a few different factors, but it doesn't hurt that the College Board added a new computing course, Computer Science Principles, in the fall of 2016. Although the number of students taking AP Computer Science is growing overall, girls and minorities are the groups with the biggest increases each year.

However, they're still incredibly outnumbered. Code.org notes that girls still make up just 26 percent of AP Computer Science students, and the number is even lower for minorities (20 percent). Unfortunately, the gender gap persists through college and beyond. According to the National Girls Collaborative Project, women earned less than 18 percent of computer science bachelor's degrees in 2016. The American Association of University Women reported that only 26 percent of computer science professionals were women in 2013. This isn't just a significant drop since the '90s — it's on par with the number of women in the field in the '60s.

But if the growing number of female computer science students is any indication, change may be on the horizon. I'd say that's something worth celebrating.

The future really is female.