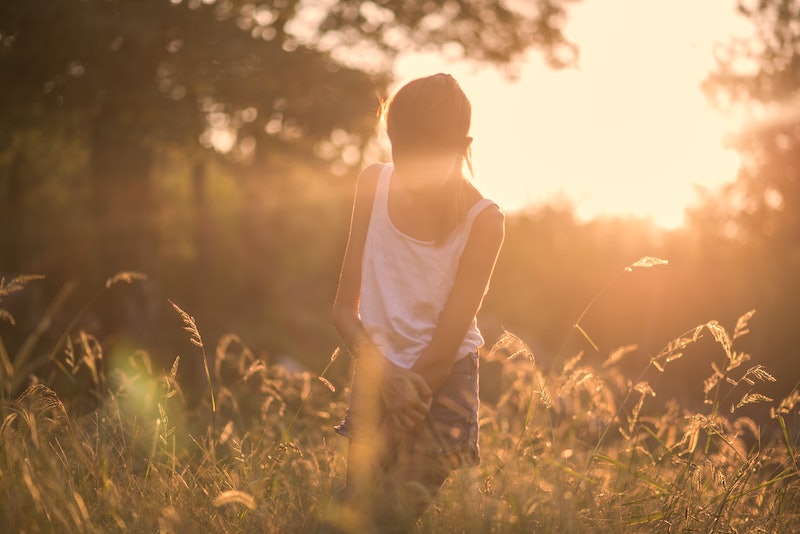 According to a recent study, more than 80 percent of people will experience at least one episode of mental illness in their lifetime. This data, published in the February issue of the Journal of Abnormal Psychology, raises an important question: If so many people experience mental health issues, why is talking about it so stigmatized? Not everyone faces the same obstacles with their mental health, and numerous factors impact people's ability to manage their mental health, including socioeconomic status and access to medical care. But even in movies and on TV, we often see mental health problems equating villains, evil behavior, or laziness. If the majority of people experience mental health crisis at some point in their lives, it's high time — past time, really — we have a more nuanced perspective and drop the stigma.

Of course, suggesting that 80 percent of the population deals with any health issue is a big statement. Luckily, though, this study is thorough enough to back up this claim with data that suggests we can use the findings to speak for the general population. Here's how it worked: Researchers studied the mental health of 988 New Zealanders born in the same town between April 1972 and March 1973. These study participants were administered eight mental health assessments between the ages of 11 and 38.

Guess how many experienced absolutely no mental health issues during that space of time? Only 171 participants — about 17 percent. The remaining 83 percent experienced at least some mental health issues from childhood to middle age, about about half of which experienced what's termed a "transient mental disorder" — "typically just a single bout of depression, anxiety, or substance abuse," according to the study.

As Jesse Singal points out at Science of Us, however, one finding of the study raises particularly important questions when it comes to quality of life and our culture's treatment of mental health. The study found that for the minority of participants who did not experience at least one mental health episode, they reported "more education, better jobs, higher-quality relationships and more satisfaction with their lives than their peers did."

Now, it's significant to note that having mental health issues absolutely does not make anyone less able or less capable. That's the stigma talking, which our society teaches us from an early age. What it does mean, though, is that we need to actively combat these stigmas. We can do this both through big gestures and small ones — a recent study from Ohio State University suggests that even subtle shifts in the language we use can help: The phrase "the mentally ill" feels stigmatizing to many because it reduces people to their illness, whereas phrases like "people with mental illnesses" put people first, before their conditions.

The good news is that we're making headway. Studies show that the majority of people believe that mental illness is a serious public health issue, and fewer than one in five people believe that seeking treatment is a sign of weakness. These are definitely steps in the right direction, although we do of course still have a lot of work to day.

No matter what, as a culture, the bottom line is that most of us deal with mental health obstacles at one point or another — and we need to accept that and be open about it. Acceptance and discussion are needed to not only break the stigma, but also to offer protections and opportunities for people who are experiencing issues. As the saying goes, we're all in this together, right?

More like this
An Expert Weighs In On The Viral Raw Carrot Salad Trend
By Alexis Morillo
How Ovulation Affects Your Sense Of Smell, Libido, & More
By JR Thorpe and Lexi Inks
The 8 Best Crystals For Meditation, According To A Healing Energy Practitioner & Meditation Teacher
By Lauren Moison
Here’s Your Daily Horoscope For January 30, 2023
By Mecca Woods
Get Even More From Bustle — Sign Up For The Newsletter
From hair trends to relationship advice, our daily newsletter has everything you need to sound like a person who’s on TikTok, even if you aren’t.