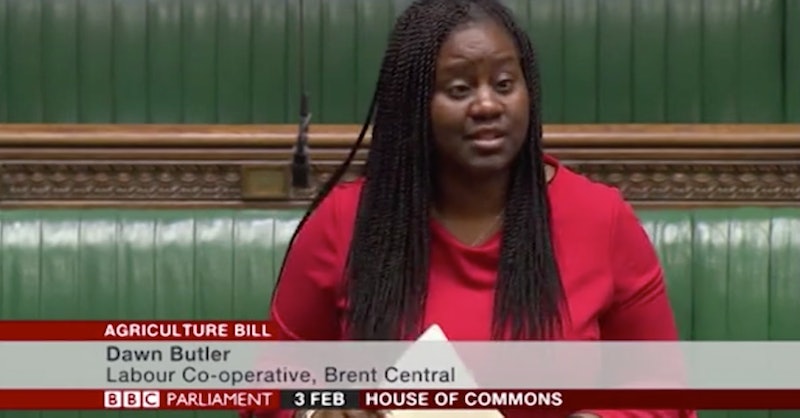 The BBC has come under fire for the second time in two weeks for mistaking two black public figures in their reporting. A video of Labour MP Marsha de Cordova was shown instead of Dawn Butler, another black Labour MP, in a BBC report and both MPs have now spoken out about the error.

The image on Monday from BBC Parliament showed Battersea MP Marsha de Cordova speaking in the commons with the name Dawn Butler underneath instead of her own. Butler, the MP for Brent Central, took to Twitter to share her disappointment with the mistake:

“@BBCNews @BBCPolitics I love my sister @MarshadeCordova but we are two different people. Marsha is amazing and deserves to be called by her own name. Diversity in the workplace matters it also helps to avoid making simple mistakes like this.”

Marsha reiterated Dawn Butler’s feelings, retweeting her post and adding: “This is what happens when the media does not represent the society it reports on. Representation matters. Diversity matters. This cannot continue.” Marsha later tweeted “It’s not ok at all. Still no apology from @BBCPolitics @BBCParliament @BBCNews.”

This comes just a few days after the BBC misidentified the late Kobe Bryant with fellow black basketball player LeBron James in coverage about Bryant's death. The 41-year-old star was killed in a helicopter crash alongside his daughter and seven others on Jan. 26. The controversy was further scrutinised because LeBron had his name on the back of his jersey in the video, leading many to question how this mix up could have happened. Newsreader Reeta Chakrabarti apologised about the mix-up saying: "In our coverage of the death of Kobe Bryant, in one section of the report, we mistakenly showed pictures of another basketball player, LeBron James," Chakrabarti stated on air. "We do apologise for the error."

This isn’t the first time Dawn Butler has had to deal with mistaken identity. She’s spoken in the past about being in the private members’ lift when a commons member said to her: “This lift really isn’t for cleaners.”