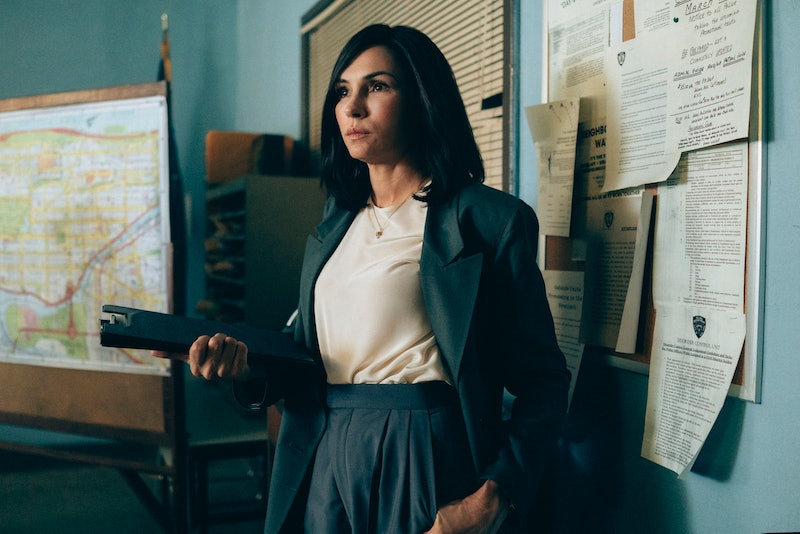 When you think of the Central Park Five, you probably rightly think of the five teenage boys arrested back in 1989. Raymond Santana, Antron McCray, Kevin Richardson, Yusef Salaam, and Korey Wise were all between the ages of 14 and 16 when they were wrongfully accused of brutally assaulting a woman as she jogged in Central Park, and spent years in prison before DNA evidence exonerated them. Though Ava DuVernay's When They See Us miniseries aims to tell their stories, there's another name you should know. In 2019, Nancy Ryan continues to fly under the radar, but the former City Assistant District Attorney is a big piece of the story.

Ryan, along with then-District Attorney for New York County Robert Morgenthau, authorized the decision to vacate the Central Park Five's crimes in 2002, according to The Root. In a lengthy statement at the time, Ryan outlined the reasoning for the decision, including the discovery of new DNA evidence and a new confession by another convicted serial rapist, Matias Reyes. But that seems to be the last time she publicly spoke about the case.

According to the New York Times, Ryan left the Manhattan district attorney's office in 2010, after having been there since 1975. She said at the time that she planned to take a break from work for a while, given that she had essentially been on call for decades. "I’ve been here a very long time," she told the Times. "I think that I’ve accomplished a great deal. With a new administration in place, it just seems like a natural time for me to make a transition to something else." According to the Prisoners' Legal Services of New York, Ryan has worked as a criminal justice consultant for them since 2010, and sits on the organization's board of directors. Otherwise, it appears she's relatively off the grid.

The decision to vacate the sentences didn't make Ryan and Morgenthau popular among some of the authorities who had worked to put the Central Park Five behind bars. Richard Dienst, a lawyer for the detectives' union, criticized the exoneration in an interview New York Times in 2002, and called into question the validity of Reyes' assertion that he acted alone in the victim's attack. "This was a unnecessarily one-sided investigation, for whatever reason,'' he said. "Yes, we believe that Reyes did participate but that doesn't exonerate the other defendants.''

Ryan is played in When They See Us by actor Famke Janssen, who viewers might recognize from the X-Men movie series. She's also stayed pretty mum about her role in the Netflix series, but based on the other cast and crew's comments, the project, and DuVernay's vision, will speak for itself.

DuVernay says that all details about the Central Park Five, and the people surrounding their case, are important to examine because it'll ideally help us prevent these wrongful convictions from ever happening again. "The question is, can we interrogate what's happened in the past to safeguard ourselves from it happening in the future? That's why I'm such a student of history," she told CBS News. "I like to embed historical context in my work. We can only better the situation if we realize the details of what happened. So that's what we invite people to check out."

Ryan's presence is pivotal to the events of the Central Park Five's exoneration, and though she's stayed out of the public eye in recent years, Janssen's character will shed a little more light on what role she played in the men's case.

More like this
'The White Lotus' Season 2 Trailer Teases Multiple Affairs & Another Dead Body
By Bustle Editors
Shonda Rhimes' Net Worth Makes Her One Of The Wealthiest People In TV History
By Hugh McIntyre
How Much Are The 'Schitt’s Creek' Stars Worth?
By Hugh McIntyre
‘SNL’ Finally Spoofed Nicole Kidman’s Weirdly Beloved AMC Ad & Nailed It
By Stephanie Topacio Long
Get Even More From Bustle — Sign Up For The Newsletter