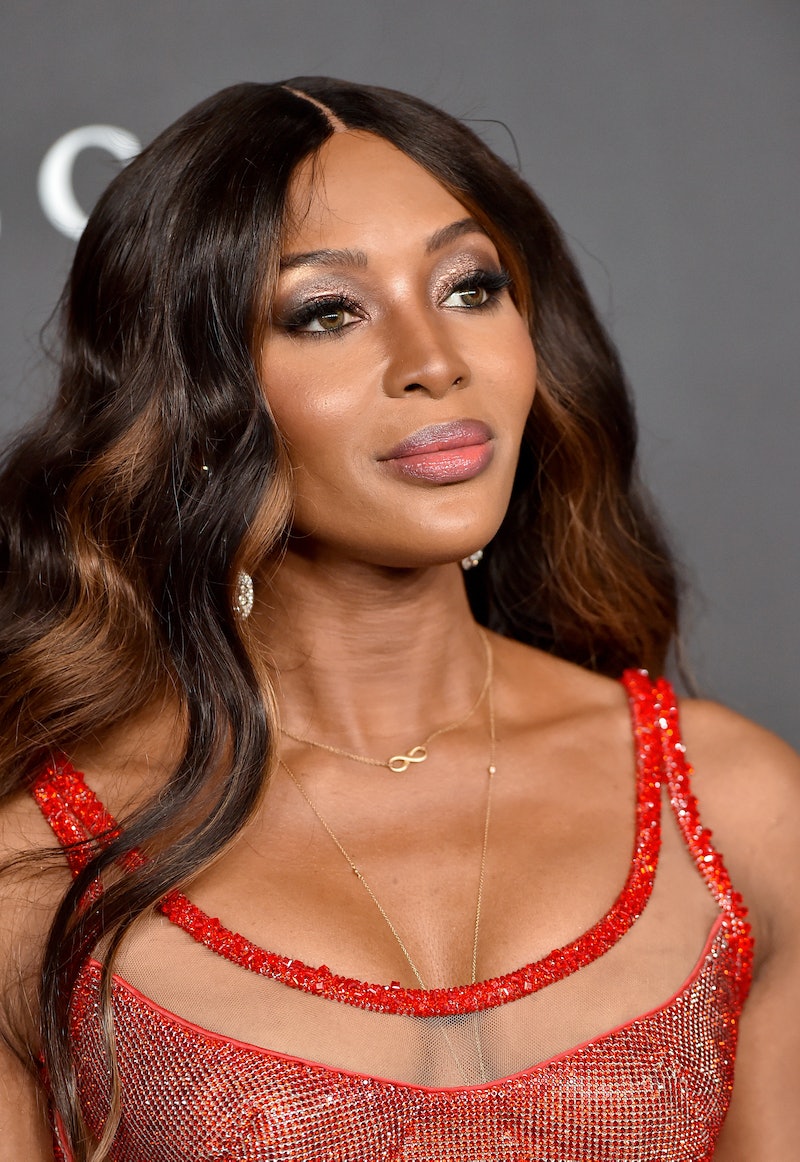 There’s no question that with the current state of representation in fashion, there’s room for a lot more improvement. Naomi Campbell’s profile with The Guardian revealed it’s the super model's first time in years shooting with a Black photographer. And sadly, it’s not an uncommon experience.

For her profile with The Guardian, the icon posted a preview of the photoshoot to her Instagram on Nov. 15. Rocking sleek black hair and an avant-garde headscarf, Campbell stunts in black and white. In the post, she explains her gratitude to photographer Campbell Addy.

“It’s my first time in thirty-three and a half years, shooting with a black photographer in mainstream fashion,” Campbell wrote in the caption. “BLESS YOU Campbell Addy for a beautiful day and to the whole team and Guardian Weekend for this whole piece.”

Though the full profile won’t come out until Nov. 16, The Guardian’s digital cover of Campbell gives readers a glimpse into her story and transformation in fashion. According to the photo on the publisher’s Instagram, Campbell is featured in a high neck pink chiffon top and black dress pants with a matching pink background that reads “The original super talks friends, enemies, lovers, privilege, and power” written in the corner.

Campbell's photographer Campbell Addy comes from the crew of 15 talented Black photographers featured in critic Antwaun Sargent’s book The New Black Vanguard: Photography Between Art and Fashion. The book dives into the fashion and art worlds critiquing their immense lack of Black artists. Addy, as well as Beyonce’s Vogue photographer Tyler Mitchell, are highlighted in the book. In addition, he’s also responsible for Tyler The Creator’s WSJ Magazine cover, Adut Akech for I-D, as well as campaigns in British Vogue.

The model's entire career has been filled with "firsts" from being the first Black model on the cover of French Vogue in 1988 and then American Vogue in 1989. Despite having been a top model since the late '80s, Campbell landed her very first beauty campaign in 2018 with NARS cosmetics. In 2017, she explained to The Evening Standard that she had never done a beauty campaign until then. "People say, 'Oh you've got beautiful skin' and yet I've never done one," Campbell said.

While Naomi Campbell is still one of the world's most renowned models, she's always made a point throughout the decades of her career to emphasize the importance of inclusion and representation — whether or not you're behind the camera or in front of it.