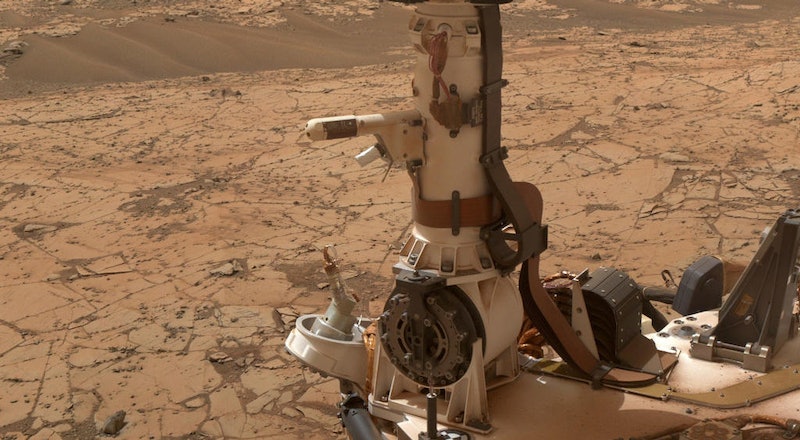 Last week, the National Aeronautics and Space Administration (NASA) revealed its finalists in an ongoing contest geared toward visualizing the future of space exploration and travel. NASA's Mars house competition showcased designs that might remind you of Sci-Fi movies — but they could one day be a reality.

As CNN described, NASA's 3D-Printed Habitat Challenge began back in 2015 and is currently in the third stage of competition. According to NASA, the goal of the contest is to "build a 3D-printed habitat for deep space exploration, including the agency’s journey to the Moon, Mars or beyond." Moreover, NASA added that the "challenge is designed to advance the construction technology needed to create sustainable housing solutions for Earth and beyond."

NASA announced the three finalists of the latest round of the competition on Thursday, CNN noted. As the outlet described, these finalists had been tasked with producing "full-scale renderings" of their space habitats and were also required to make a video providing insight into their design choices.

Team SEArch+/Apis Cor won first place in this round of the competition with a twisted building design that allows for "continuous reinforcement of the structure," according to NASA. The design also features ports for light throughout the outside of the structure. Team Zopherus won second place by designing a habitat that is created by a "roving mobile printer" and team Mars Incubator secured third place with a modular-like structure, NASA noted.

Each of the finalists received around $33,000 for placing in this round of the competition, NASA revealed. Next, the finalists will head to the last event of the competition on May 4 — an event known as a "head-to-head sub-scale structure print," according to NASA. As Genevieve Scarano of Geek.com described, this means that the teams will have to produce a "3D-print scale models of their designs" when they participate in this portion of the contest. NASA noted that the winning team will receive $800,000.

Notably, the total prize package for the entire competition is over $3 million and it's funded by the NASA Centennial Challenges Program, the agency revealed on its website. NASA also noted that it is working with Bradley University in Peoria, Illinois, along with several other partners, to host the contest.

While the competition envisions what functional space habitats could look like, NASA also stressed that the design techniques created as part of the contest could be used to help create sustainable and affordable housing on Earth as well. As the agency described:

On Earth, these capabilities could be used to construct housing wherever affordable housing is needed and access to conventional building materials and skills are limited. Local indigenous materials (dirt, clay, sand, etc.) could be combined with readily available recyclable materials and used to construct semi-permanent shelters against environmental elements for human habitation.

Overall, as the final phase of NASA's 3D-Printed Habitat Challenge approaches, it remains to be seen which team will secure the contest's top prize. Regardless of the final outcome, though, it's very clear that all of the finalists have made quite an impression with their innovative space habitat designs.