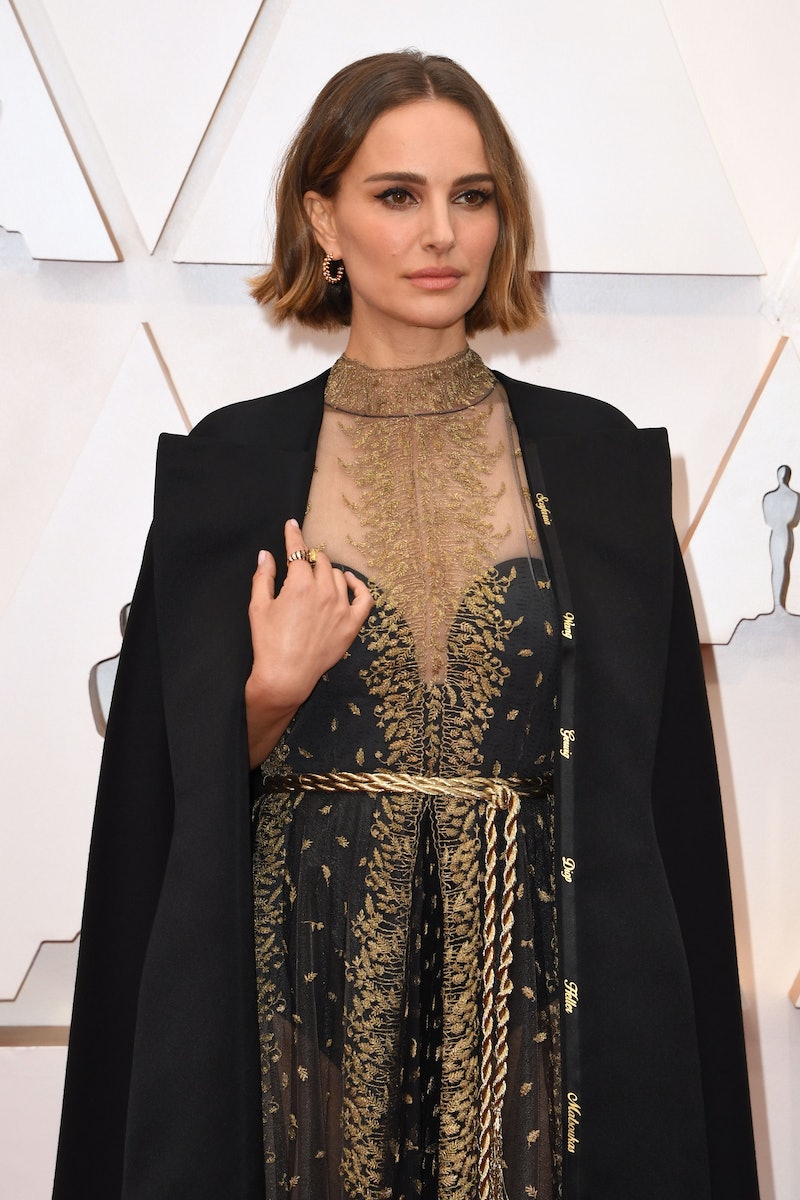 Natalie Portman wants to set the record straight about her fashionable Academy Awards protest. After being criticized for not working with enough female directors in her career, Natalie Portman responded to Rose McGowan, insisting that she is committed to support other women filmmakers. Portman made a statement about the all-male Best Director nominees at the 2020 Oscars by wearing a Dior cape embroidered with the names of eight female directors who released acclaimed films this year, but were snubbed by the Academy.

While many people on social media praised the actor for her advocacy, Rose McGowan criticized Portman for not doing more to actually support female filmmakers. "I find Portman’s type of activism deeply offensive to those of us who actually do the work," McGowan wrote on Facebook, before calling out Portman for not "walking the walk" with their career choices. "Natalie, you have worked with two female directors in your very long career — one of them was you," McGowan wrote. "You have a production company that has hired exactly one female director — you."

Portman responded to McGowan's criticisms in a statement, revealing that she didn't consider herself "brave" for her statement, and acknowledging that she hasn't worked with very many women. "It is true I’ve only made a few films with women," Portman wrote, per Deadline. "In my long career, I’ve only gotten the chance to work with female directors a few times," she continued, before noting that she has made "shorts, commercials, music videos and features," with several female directors.

Portman also noted that she has attempted to work with even more female directors, but that many of those projects fell through or changed hands in development. "I have had the experience a few times of helping get female directors hired on projects which they were then forced out of because of the conditions they faced at work," she stated. "So I want to say, I have tried, and I will keep trying."

While Portman didn't name any specific projects where a female director had left under hostile conditions, it's long been rumored that she left the Marvel Cinematic Universe in part because of the lack of female directors. According to a 2016 Vanity Fair article, Portman was reportedly "furious" that Marvel fired Patty Jenkins from Thor: The Dark World. In addition, her 2016 release Jane Got A Gun was originally slated to be helmed by Lynne Ramsay.

Portman has been speaking out about the lack of respect for female directors for years. In 2018, she earned praise for her pointed introduction of the Best Director nominees at the Golden Globes. "And here are all the male nominees," Portman said, before presenting the award to Alfonso Cuarón.

While McGowan's criticism of Portman is valid — and holds the Oscar winner accountable for actually working with more female directors — Portman made clear in her response that she doesn't want the conversation around her cape to overshadow her message. "I hope that what was intended as a simple nod to them does not distract from their great achievements," she wrote. And this mini-controversy shouldn't either.