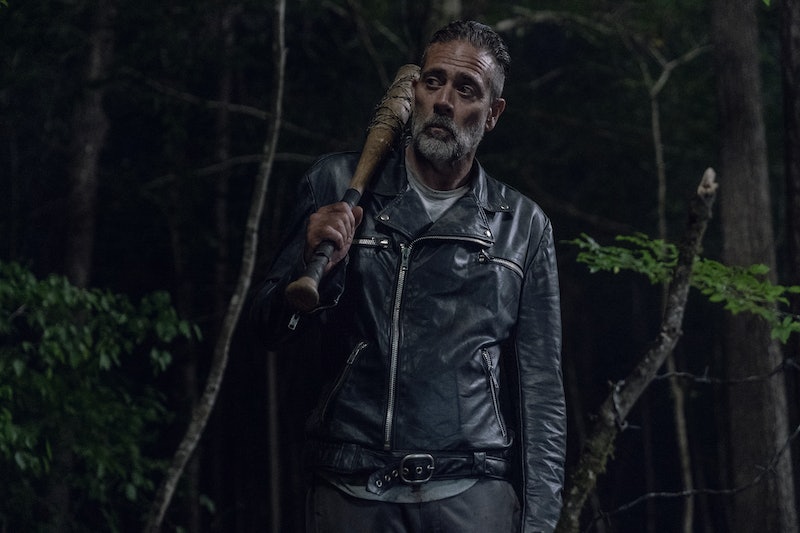 What happens when you put two big bads together in a post-apocalyptic world? That’s a question The Walking Dead seems intent on exploring now that Negan and Alpha have seemingly joined forces. However, even the strongest alliance isn’t immune to sabotage, and based on what happens to Negan and Alpha in The Walking Dead comics, fans are in for a shocking twist in regards to this rather unique relationship. Warning: comic book spoilers ahead! Proceed at your own risk.

Much like what’s been happening on the show, in the comics Alpha and Negan continue to grow closer and start spending a lot of one-on-one time together. There’s a certain level of respect that develops, which prompts them to have numerous philosophical discussions about life and leadership. Ultimately, Negan starts to become Alpha’s right-hand man, despite Beta’s ongoing objections not to trust him. And then one day, Negan proves Beta right.

While alone with Alpha, Negan decapitates her, admitting to her corpse that he had no intention of ever becoming a Whisperer. He’d been a double agent the entire time and was just waiting for his opportunity to strike. He later brings Alpha’s severed head back to Rick (who is still around in the comics) as proof of his loyalty to Alexandria.

Of course, there’s absolutely no guarantee that Negan will follow the path of his comic book counterpart. The TV series has veered away from the source material before on multiple occasions, so it’s possible Negan won’t kill Alpha after all, or if he does, perhaps he’ll take the opportunity to become the new leader of the Whisperers rather than trying to join back up with the people of Alexandria. There are a lot of different ways this could go, however, Alpha’s death does seem like an undeniable conclusion at some point. She’s upset too many people to be able to walk away from this unscathed. Plus, if all of her followers discover the truth that her daughter Lydia is still alive, she may have very few allies to turn to in the coming weeks.

Maybe that will allow Negan the opportunity to get closer to Alpha and make his move. He developed a close relationship with Lydia during their time together in Alexandria. If he were to see Lydia suffer any further abuse at Alpha’s hand, it could prompt him to take action and get rid of Alpha for good.

The storyline may not be out exactly like it does in the comics, but the conclusion should stay the same: Alpha will die, most likely by Negan’s hand. It won’t come close to making up for all the terrible things he’s done himself, but it’s a step in the right direction at least.