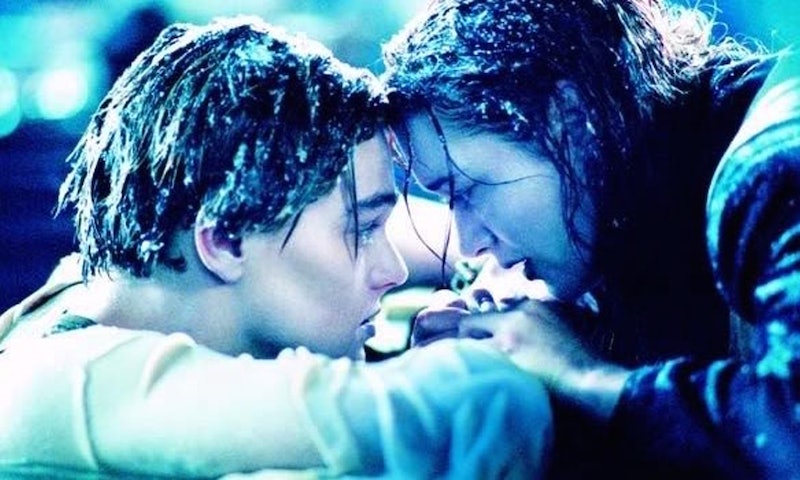 Two decades later, it's a question that still weighs heavily on the hearts of fans: Could Rose and Jack both have fit on that fated Titanic door, or were they really doomed to an unhappy (and very, very icy) ending? It's a dispute that's been hotly contested since the film's 1997 premiere, but now that actual scientist Neil DeGrasse Tyson weighed in on the Titanic door debate, he may have pointed out a more pressing discussion: Did Jack even try hard enough to save himself?

During a recent interview with The Huffington Post, Tyson — who, for the uninitiated, is a famous astrophysicist and author — said that he's less concerned with if Jack could have fit on the door, and more focused on why he stopped trying after one attempt. As he told the outlet:

“Whether or not he could’ve been successful, I would’ve tried more than once. You try once. ‘Oh, this is not gonna work. I will just freeze to death in the water.’ No, excuse me. No! The survival instinct is way stronger than that in everybody, especially in that character. He’s a survivor, right? He gets through. He gets by.”

And Tyson has a point. Viewers will recall that Jack and Rose both initially tried to climb onto the door, but after it tipped the first time, Jack called it quits and told Rose to take the door for herself, neglecting to try any other approaches that could have worked more effectively. Sure, the freezing cold water doesn't exactly lend itself to quick thinking, but Jack is scrappy, and it seems out of character that he'd give up so easily. This is the man who came from nothing, but still managed to gamble his way into two tickets on the Titanic and woo Rose away from her rich but obnoxious fiancé, Cal. After sparking up a whirlwind romance with a woman who was, ostensibly, the love if his life, would he really throw in the towel after one try?

Perhaps the most obvious response to Tyson's objection is that Jack was already exhausted from mad-dashing it out of the sinking ship and swimmingly furiously to keep from dragged down by the suction as it plunged to the bottom of the ocean. So, realizing that he could potentially kill both himself and Rose if he kept trying for too long, he succumbed to his fate and sacrificed himself for Rose. Though, for the record, he could have survived: Back in 2012, longtime Mythbusters Jamie Hyneman and Adam Savage recreated the scene in question and proved that the door, while difficult to maneuver, was capable of holding the two of them afloat, and especially so if they tied a life jacket — like the one Rose was wearing in the film — underneath.

But regardless, the debate is all for naught. Cameron was quick to debunk Hyneman and Savage's findings, telling The Daily Beast in January:

"OK, so let’s really play that out: you’re Jack, you’re in water that’s 28 degrees, your brain is starting to get hypothermia. Mythbusters asks you to now go take off your life vest, take hers off, swim underneath this thing, attach it in some way that it won’t just wash out two minutes later — which means you’re underwater tying this thing on in 28-degree water, and that’s going to take you five to ten minutes, so by the time you come back up you’re already dead. So that wouldn’t work. His best choice was to keep his upper body out of the water and hope to get pulled out by a boat or something before he died."

And if that alone didn't drown the theory, Cameron's comments on The View certainly did. "Jack’s always going to die, folks!" he proclaimed. "There’s no other version of reality.”

That may be true, but hey, it wouldn't have killed him to put in a little more effort, would it? On second thought, maybe it would.

More like this
Everything To Know About The Long-Awaited ‘Community’ Movie
By Stephanie Topacio Long
20 Photos Of The 'Hocus Pocus' Cast Then & Now
By Radhika Menon
Gabby Petito’s Family Responded To The New Lifetime Movie About Her Final Days
By Grace Wehniainen
13 Photos Of The 'Blonde' Cast Vs. Marilyn Monroe & Other IRL Counterparts
By Marina Watts
Get Even More From Bustle — Sign Up For The Newsletter