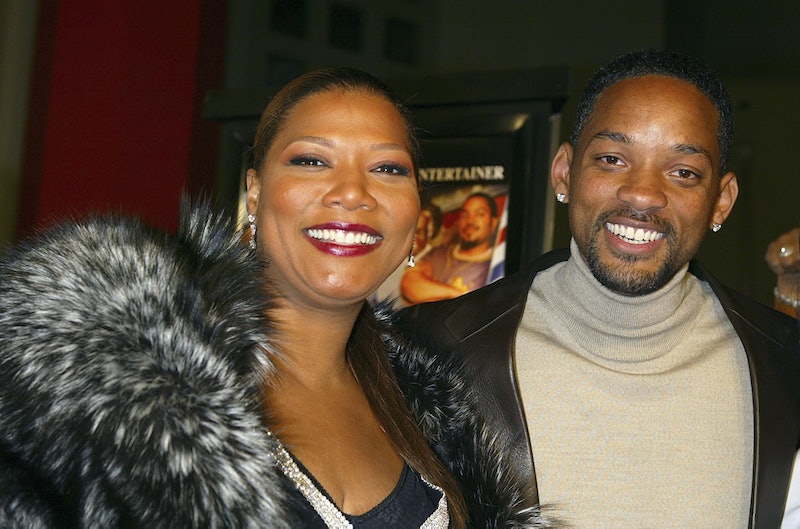 Shakespeare's about to get some serious swag. A Netflix original Romeo and Juliet-inspired hip-hop musical is in the works at Netflix, and Will Smith and Queen Latifah will produce the flick, according to The Hollywood Reporter. Described by the trade publication as "a contemporary musical take on William Shakespeare's tragedy set against the urban rhythms of New York," the romantic movie "follows a young waitress from the streets of Brooklyn and an aspiring musician from a wealthy family whose unconventional romance forces them to confront their life choices."

Brooklyn-bred, Algerian-American filmmaker and rapper Solvan "Slick" Naim, who is set to direct the project that he also co-wrote with The Biggest Loser executive producer Dave Broome, per THR, reacted to the news in a May 16 Instagram post. "Humbled and grateful to @netflix and the whole team behind this amazing project," he wrote.

Naim ended the post by promoting another Netflix project, It’s Bruno, which he not only created, but also stars in, directed, and executive produced. The comedy, which dropped on May 17, follows his character Malcolm and his dog as hilarity ensues while they venture through New York. Filming the movie also allowed Naim to share screen time with his rescue puggle, the titular Bruno, of course. (Bruno also has his own adorable Instagram account.)

With a skill set that involves writing, directing, and rapping, Naim is certainly qualified to helm the hip-hop themed project, to say the least. Though he's admitted that music comes more easily to him than filmmaking, that hasn't acted as a deterrent. "When you're passionate about something, you just work at it," he told Variety in a recent interview. "There's not much downside, you just tend to work it all out. You love what you're doing so you're not really noticing that 23 out of 24 hours a day are spent on that. All those roles, I was always had an affinity for those roles so why not go for them."

Naim's directing credits also include work on Netflix's series, The Get Down, with Baz Luhrmann, who, as you may remember did his own take on Romeo and Juliet back in 1996. His version (stylized Romeo + Juliet) starred Leonardo DiCaprio and Claire Danes as the titular star-crossed lovers and featured modern hits from music artists, including Garbage, The Cardigans, and Radiohead.

The Netflix Romeo and Juliet update will also hardly be Latifah and Smith's first collaboration. In fact, the fellow musicians and actors go way back, with Latifah appearing in two 1991 episodes of Smith's The Fresh Prince of Bel-Air, albeit in two different roles. In the "She Ain't Heavy" episode, Latifah played Dee Dee, Will's blind date who taught him a lesson in humility after he mocked her weight. She also appeared as a demanding actor with a romantic interest in Will in "Working It Out."

Latifah also starred alongside Smith's wife, Jada Pinkett Smith, in the 1996 crime drama, Set It Off, and, again, most recently in 2017's hit comedy, Girls Trip.

Giving Romeo and Juliet a modern hip-hop treatment sounds like the perfect mash-up for music and Shakespeare lovers alike.