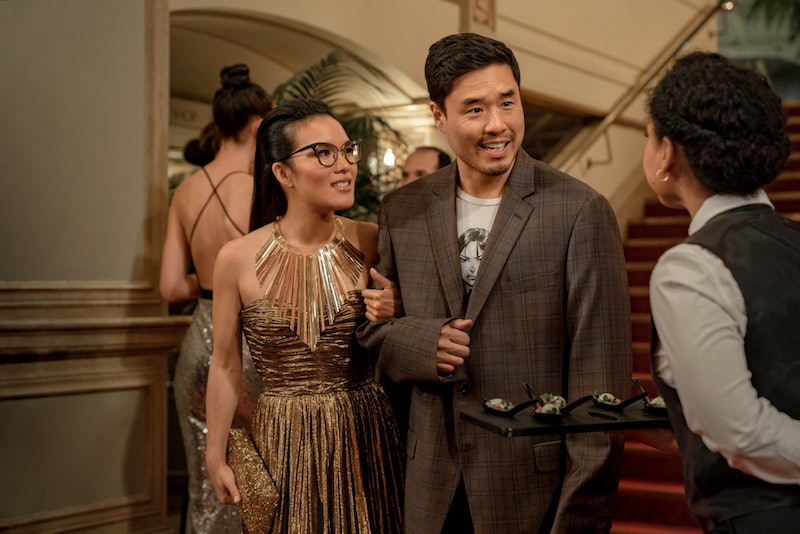 Don't wait 15 years to tell your best friend you're in love with her or else your teenage bestie might fall in love with Keanu Reeves. That's the lesson Randall Park's Marcus learns in the official Always Be My Maybe trailer, which proves that Ali Wong and Reeves have some killer chemistry.

The teaser for the new Netflix rom-com, streaming May 31, introduces us to Wong's Sasha, a celebrity chef who is heading back to her hometown to open a fancy new restaurant. This gives her a chance to reconnect with her ex BF squared — both her bestie and a one-time boyfriend — Marcus, who is not riding as high as she is. In fact, the struggling musician is still riding in his old Corolla.

Of course, that doesn't mean there isn't still chemistry between the two. But once Sasha breaks up with her fiancé (Daniel Dae Kim), she finds a new man in John Wick himself. Don't feel bad Marcus, it's Keanu's world and we're all just living in it. Seriously, John Wick 3 is in theaters May 17.

Enter the all-black wearing Reeves who, with his slow-motion walk, is a sight to behold, even if his glasses don't actually have lenses in them. It's even harder not to fall in love with Reeves once Sasha describes what it's like being with the Hollywood hunk. "We had the most insane freaky ass sex," she tells poor, poor Marcus, who isn't quite Reeves, but does know her better than anyone. And that's really important too, guys.

Always Be My Maybe teases the Ali Wong, Randall Park, Keanu Reeves love triangle you didn't know you needed. But more importantly, Always Be My Maybe is an Asian-American rom-com that channels When Harry Met Sally, written by Wong and Park.

For years, the two wanted to make "our When Harry Met Sally," a fun fact that was first revealed in a New Yorker profile of Wong. In the May 2019 issue of Vanity Fair, Wong said she and Park were getting requests for the rom-com without even having written a script thanks to the Internet who really wanted to see this movie. “We started getting all these calls from people like ‘We want to make the movie,’” she told Vanity Fair. “And we were like, ‘We haven’t even written it yet.’”

The film is directed by Fresh Off the Boat showrunner Nahnatchka Khan and it marks her directorial debut. It's also one of very few Asian-American led films, but Wong and Park didn't want that to be the main crux of the story. "We wanted to show these Asian-Americans living their lives without much emphasis on the Asian-American," Park told Entertainment Weekly.

Instead, it's about that "what if" feeling, which is where the title — a play on Mariah Carey's "Always Be My Baby" — comes in. "The movie is titled Always Be My Maybe because everybody has somebody from their past that they wonder about," Wong told EW. After this trailer, the "what if" we'll be thinking about is Ali Wong and Keanu Reeves.